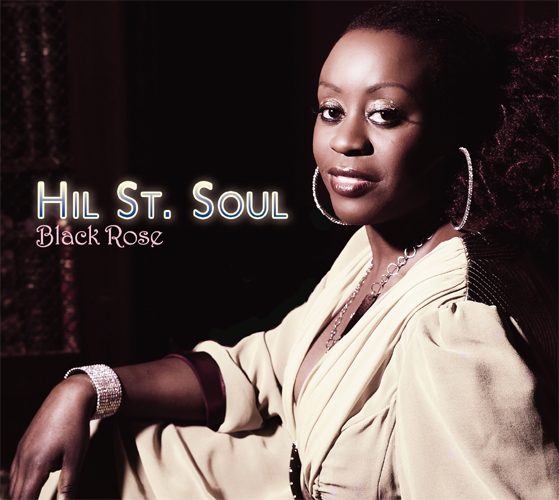 Surprisingly, I thought of myself as an anomaly in this world as a biologist turned hip hop connoisseur, but a biologist turned acclaimed soul artist? With that in mind, Hilary Mwelwa of Hil St. Soul (pronounced as Hil Street Soul) is far from your typical singer. Born in Zambia, Mwelwa’s family moved to London at the age of five as she grew up surrounded by music. She too, shared her father’s passion for music and the musical influences of her Zambian culture. Although her love of music existed, Mwelwa decided to pursue studies in biological sciences and graduated from London’s Westminster University. However, Mwelwa could not escape the reality that music was her first love and pursued her musical career even further. She was quickly sought after and released her solo debut, “Soul Organic,” in 2000. Eventually, Hilary Mwelwa and producer Victor Redwood Sawyerr became the duo of Hil St. Soul and released their debut album, “Copasetik & Cool,” in 2004 and later released a second album, “SOULidified,” in 2006 as they continued to be successful in the neo soul scene. These albums had continued success on the Urban AC charts and with videos rotating on VH1 and BET. Once again, they come together on their forthcoming album, “Black Rose,” scheduled for release on April 29, 2008 under Shanachie Entertainment.

With a sneak peek of four selected tracks, Hil St. Soul provides a glimpse into what is in store for us in the highly anticipated album, “Black Rose.” A string introduction commences the track “Gravity” as Mwelwa’s melodic and soulful singing style draws us into the music. She speaks of being “pulled by the weight of your gravity” as she explains the state of being in love. With the slow beat of organs in “Smile,” the track reminds of the simple things we need to do in life to remain sane and somewhat happy. Mwelwa’s reminds us to slowly pursue life’s obstacles while maintaining a constant surge of optimism as she says, “I smile, that’s just all I have to do. I smile and I seem to get through to you. I smile, got all the answers I need, no talking just be me.

As a reminder to never forget where you come from, Hil St. Soul introduces the poignant track, “Ghetto.” Guitars and drums initiate the upbeat track full of hopefulness and joy as she says, “Wherever you go, don’t forget the ghetto.” At the same time, Mwelwa expresses her concern for those who are caught up with the superficial things in life as she says.

Hil St. Soul reminisces about the past in “Sweetest Day” as Mwelwa illustrates the “perfect” day that is nothing, but serene and tranquil. With a bass guitar and echoing airy sounds she muses over her childhood and thinks back to when there was nothing to worry about except being content. The hypnotizing track full of pleasant-sounding sounds and Mwelwa’s voice puts us in a trance as we can almost envision her youth. While Making reference to Stevie Wonder’s “Yester-me, Yester-you, Yesterday” she says:

“Folks were getting high
High on life
Everything around seemed just fine
Streets felt safe so we played ’til our curfew
In the words of Stevie, ‘What happened to the world we knew?’
Those wereâ€¦the sweetest days”

The selected tracks from Hil St. Soul’s “Black Rose” are classic, unmatched examples of pure soul. The exquisite production and supreme vocals of Hilary Mwelwa who carries a voice reminiscent to that of Jill Scott and India Arie are truly something to be talked about. Their nu soul style of music incorporates the very best of jazz, funk, and hip hop to coalesce the fundamentals of classic soul. With this, Hil St. Soul is a duo to be watched closely as their music gains praise throughout. Their hopes of coming up in the ranks amongst popular soul artists is something very realistic as their music continues to flourish throughout the world. The sensibleness to their music and the sanguinity throughout Mwelwa’s lyrics is beyond genuine. Soul doesn’t get more real than this.