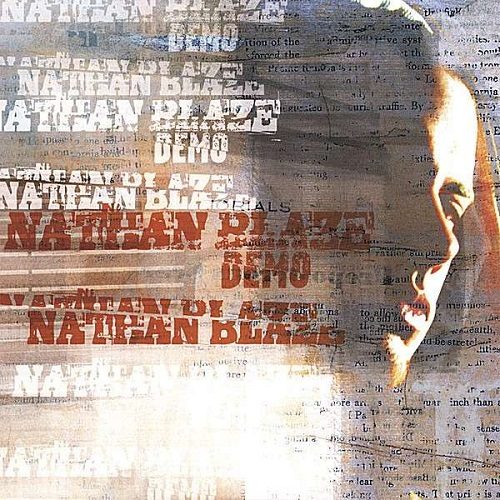 “Being middle class, people view you as possibly being privileged, and not having to deal with any kind of real struggle in your life, when in fact, it could be much different. Your parents could have worked as hard as they could all their life just to make it to where they are now, which isn’t really that far ahead in the scheme of things.”

So begins the intro to “Middle Class Ballin'” the best song on MD rapper Nathan Blaze’s self-released debut demo. With so many rappers faking their criminal resumes and bragging about being more gutter than the next guy, it’s refreshing to hear a rapper not only admit to being middle class, but laying out the issues that come with being a 9-5 office drone:

“Let me take you back to the woods, back to the hood
Where I went after I graduated college
First in my fam who did not get the knowledge that they said you would obtain
If you went for that diploma, said you’d make financial gain
Well I’m still struggling and hustling working 9-5
Just to make ends meet, homey
I gotta be on my grind
But I don’t mind cuz my life won’t pass me by
My folks worked hard to make it this far
So I gotta shine”

He goes on to dispel the myth that being middle-class equals having a worry-free existence:

“Am I balling?
Maybe credit-wise
Cuz I’m worth $100,000 in debt collectorâ€™s eyes
Maybe it’s best if I stood up and testified
It’s a different class a different life a different stress a different fight
How the fuck does that make it a lesser plight?
Shit is relative
Really really relative
In a cell I live reaching for my own betterment
Trying to get ahead of this
Working out up of debt in this
And falling back into debt with it”

It’s a powerfully honest but depressing message that expands on Biggie Small’s “mo’ money, mo’ problems” mantra: even when you make it, you just end up with a whole new mess of problems and debts. In the current economic crisis, where the average American’s credit is maxed out and a lot of homes are going into foreclosure, Blaze’s message is especially pertinent.

Brutal honesty is a recurring theme on this EP. “Just Like Me” celebrates being a struggling artist, the kind who works a full time job and then records music in a home studio. His frustration and hunger come through in his rhymes, and you can’t help but root for the guy. I’d much rather listen to a struggling rapper own up to being struggling, rather than bragging about having jewelry and cars that they can’t really afford.

Brandon “Bea Lack” Lackey produces all four tracks, and his beats are slick synth creations. “Stay True” has some melodramatic keys and Spanish guitars, “Middle Class Ballin'” has a reggae feel, and “Get Up” has a slight house feel, which is further complicated by the cuts and scratching. I’m not a fan of this type of heavily synthesized production, but even I have to admit that Bea Lack knows his way around the boards.

While Nathan Blaze’s honesty and passion are inspiring, his actual rapping is pretty average, and none of the tracks really rocked my world. I was more impressed with his website, www.nathanblazemusic.com, where you can sample his music and buy his demo. He says that all of the profits from his demo will be used to record a full length, which means that the fans themselves will decide just how much money and resources Blaze will have for his new project. It’s a great example of the new business model for music that the internet has created, and hopefully it works for him. If it doesn’t I guess he has his day job and credit cards to fall back on.