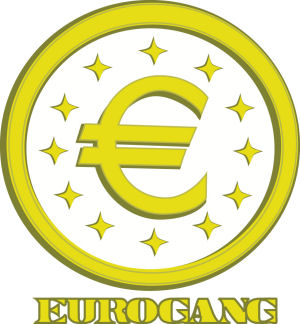 S.A.S Eurogang are a couple of brothers (blood brothers, that is) who hail from London. They been around for years â€“ in fact, they started blowing up circa ’02, and rolled with Roc-A-Fella and Dipset for a while. They rap in English accents.

From that brief opening, there are certain pieces of information that even I didn’t actually realise. For example, that Mega and Mayhem rap in English accents. Seriously, no idea. You see, back in 2002, they were rapping in US accents. Up until that point, a very large section of UK rappers adopted US accents when rapping â€“ it seems like an alien concept now, but it was entirely natural. When you listen to US hip hop morning, noon and night, rap along with your favourite artists, you can’t help but sound like them. Hell, my Nas or Biggie impression is better than most QB or Brooklyn natives. How many R&B singers from the UK (think Taio Cruz, Jay Sean, Craig David) sing in UK accents? None.

However, hip hop is different to R&B and through unlucky timing, a few acts got trapped in limbo â€“ they were from London but “rapped US” just as the tide turned in the favour of UK accents. An amazing rapper/producer called Royalty (his “So Far, So Hood” mixtape still gets plays) and S.A.S (standing for “Streets All Salute”) were some of the high profile casualties, indirectly lampooned by up-and-coming artists such as Sway and Akala who had a swell of UK youths supporting, fed up with the boring US scene of ’02. So whilst S.A.S had some high profile connects â€“ think Kanye West, Cam’ron, Dame Dash and Tim Westwood â€“ they ironically didn’t connect with the streets in the way they hoped. Part of the problem is that they can start to sound a bit samey after a while, lacking the genuine creativity in concepts that manages to separate the weak from the obsolete. But there is no doubt they can crank out punchlines and flows at will, sounding thoroughly polished over most types over instrumentals. They may never really go pop in the way that these uber-successful younglings (N-Dubz, Tinchy, Professor Green) are doing, but they may be able to find a significant global underground audience.

So after all these years, and a genuinely interesting back story, they are back â€“ this time rapping in English accents, and are rebranded as S.A.S Eurogang, and launching a free download “Best of…” mixtape put together by DJ Snips. I strongly suggest you check it out, for a number of reasons. For one, it’s a free download. Aside from that, it is nicely constructed by DJ Snips, and contains and nice mix of original/jacked beats (loving the “Frozen” instrumental from ’99 Slick Rick!), some excellent lyrics and flows and features from a plethora of guests such as Cam’ron, Biggz and Giggs. Also, it’s a “Best of…” â€“ therefore, you can immediately hope that it weeds out the nonsense (which it generally does, even if it is almost universally braggadocio and shit-talking). It is quite fascinating to hear a group that have managed to fundamentally change their vocal act, and still sound relevant â€“ even if they have, effectively, started from scratch again. They still possess a very strong transatlantic sensibility, but form the perfect bridge between US and UK rap, one that very few other acts have successfully done (aside from maybe Kage Sparks and a couple of others) .

That doesn’t mean they accurately represent the precise pulse of the UK scene, but they’ve managed to stay in their own lane and should be able to recapture a more forgiving 2010 fan base. Tracks such as “News At 10” are superb (sampling the legendary ITN “News At Ten” theme), a solid “F64 Freestyle” and the decent “Nandos” which samples “Popular Demand.” In fact, one can’t help but feel that S.A.S Eurogang are the UK version of the Clipse, except in a parallel universe when they just got completely fucked by inopportune timing, as well as industry politics, without being BFF’s with the Neptunes and featuring on Justin Timberlake tracks. They are siblings that have got flow, lyrics, gangster sensibilities and a old school hustle â€“ that Dame Dash style of hard-working self-promotion, even if people straight up laugh in your face. At this stage in their career, it is uncertain whether they will ever achieve the success that their potential suggested, but such is their self-belief that they’ve turned my opinion around in the space of just over an hour. They’ve kept going, and if they can crack the UK market with a couple of street/commercial singles that hit the right mark, there is no reason why they can’t make it big again. I’m glad I took a chance on this free download and I’m now much more likely to actively listen to their forthcoming album “Galaxy Fly.” For now, at least, their hustle is paying dividends once more.