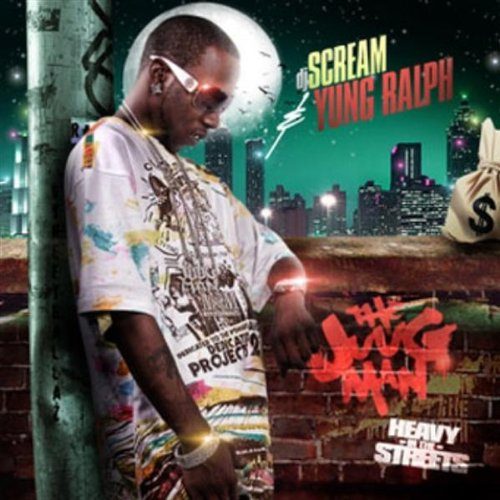 It’s Yung Ralph! Not to be confused with Yung Berg or fellow Atlien Yung Joc, Ralph is the latest trapper rapper to hit the airwaves. I’m probably way out of touch since I have no aspiration to “Look Like Money” or talk like money and especially not smell like money â€“ but Yung Ralph’s lead single has been getting radio spins in Atlanta and Universal hopes the rest of the nation follows the lead. Before the album hits, Yung Ralph has decided to hook up with DJ Scream and gives us “The Juug Man.” It’s a free mixtape and you can even head over to YungRalph.com and download it for free. It includes a remix of “Look Like Money” with Rick Ross, Mr. Outsell Snoop Dogg himself.

Physically describing the track listing is as positive as I can get about Yung Ralph and his mixtape since the man fails to tread any new water conceptually or lyrically. For example, I’m sure you’re wondering what a “Juug Man” is so Ralph explains this on “The Juug Man:”

“Why they call you the Juug man?
Cause I Juug, Man!
[…]
Let me demonstrate my trap â€“ Boom! Boom! Boom!
How quick the work move â€“ Zoom! Zoom! Zoom!
This the Juug man (JUUG MAN!), You know what it is
Get money just to tell a nigga where it is
I Juug all day (DAY!), I Juug all night (NIGHT!)
Blow a couple hundred with my folks at Gladys Knight’s”

You know, I’ve been to Gladys and Ron’s â€“ a decent soul food joint in downtown A-T-L â€“ but I didn’t blow a couple hundred, guess I need to get my Juug on. Seriously though, this is Ralph’s second single from his forthcoming album and it’s pretty dismal. After listening to the rest of the tape you realize Ralph did the best with what he had. He tries to drop those “clever” punch lines that “street” rappers throw on every verse, but he just ain’t that good. On “Gametime” he flows over a sports inspired beat that I swear I heard Cham and Paul Wall wreck on a few years back. The hook goes like this:

“Ralph got the ball, and he gaining yards
Bench riders mad cause they don’t start
Offense, Defense just give me the ball
Touchdown, Celebrate, Game over y’all”

I’d give you the verse too, but the thing is DJ Scream is just as bad (or good, depends on how you look at it) with the cookie cutter. He likes to play the first minute of a song, just the hook, and then he repeats in its entirety. DJs usually do this when something particularly dope is said, but in Scream’s case he’s just running through the motions. The problem is he runs through the motion too much. After the first 30 seconds of most songs I’m ready for Ralph to kick a verse to get a little variety, but Scream wants me to hear the hook again. I understand what he’s trying to do, but he needs to find a better way to mark his songs.

There isn’t much I care for on “The Juug Man.” Ralph talks about the “Hustle” growing up on “Cleveland Ave.” He then flosses a little with “My Rims” and “Look Like Money” before complaining “About A Bitch.” Everything else is a mix of the same with forgettable beats. I’m not really hating though, I’ve been trying to hustle me some rims for a while now, though I still don’t want to look like money. Maybe once I get those rims I can travel back 10 years and appreciate Yung Ralph with ignorant bliss. Until then, I don’t recommend this for fans of rap, but if you like Dem Franchise Boyz, Crime Mob, and Lil’ Scrappy then Yung Ralph will be right up your alley. Oh, and it is free so you don’t really have much to lose if you choose to check this out.