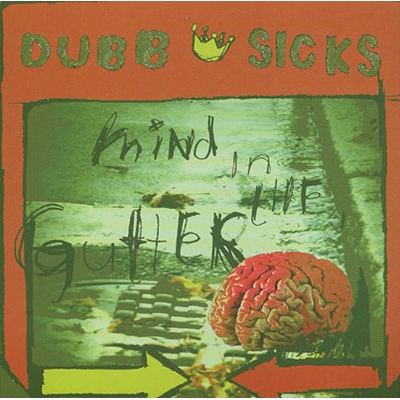 Dubb Sicks :: Mind in the Gutter

Guilty Pleasure â€“ An activity or object in which the user enjoys, but feels a varying amount of shame and/or embarrassment for doing so. They are things that you do not want to stop enjoying, but you are not too crazy about anyone knowing about it.

The personal consequences an individual may fear if someone discovers their love for their personal guilty pleasure can range all the way from mild teasing, by a few friends and family, to a federal prison sentence, and an insanely popular clip on YouTube.

I have a few guilty pleasures of my own. One of my guilty pleasures is a love for unintentionally bad movies; the type where you can see there was an honest effort to make a quality flick, yet they managed to screw up almost every element of the filmmaking process. Some of my favorites in that category are Willie Dynamite, Dolemite, and the low-budget champion, Hollywood Cop (a film so hilariously bad, I’m surprised that it doesn’t make more lists on the web).

Another one of my guilty pleasures is music that embraces juvenile humor and parody as core elements and RUN WITH IT. Frank Zappa, Weird Al Yankovic, and Bobby Jimmy (the EXCELLENT hip-hop version of Weird Al) fill these categories quite nicely.

However, I have to give up points to the Texas-based emcee, Dubb Sicks, for tossing his hat in the gross-out arena â€“ and coming up with a winner.

The album begins with the song “Intro”. The music is a slowed-down sampling of a flute-type instrument bubbling over the top of heavy bass and church bells. Over this nicely composed fine bed-of-noise, Dubb Sicks comes in spitting over a track, that lasts less than a minute, yet, does a gallant job of laying out the entire tone that you can expect from this album. Namely, a blend of comedic, gross-out lyrics combined with songs that portray a nihilistic, almost dystopian personal outlook on the world around him.

In simple language, you can surmise that Dubb Sicks likes nasty shit â€“ and life sucks.

From “Intro”, we move into “Mind in the Gutter”, an incredible exercise in sample chopping. Using Bob James’ soul-jazz classic “Nautilus” as a sampling source, the producer creates a semi-classic, allowing Dubb Sicks to spit lines some raw and dirty…well, I’ll let him do the dirty talking.

Moving forward, we run headfirst into what, I assume, Dubb Sicks considers an R&B ballad â€“ but this one damn sure is not for any ladies that I KNOW. Mr. Sicks pushes the Autotune correction feature to its absolute limit while he sings lines like this:

I do not know about any of you guys, but I am NOT TRYING to put that one over the speaker when I am cuddled up with something warm in a room full of candles, a hand cooked dinner, and a couple of glasses of champagne.

However, this song is really just a set-up for the next track, a hilarious tome about one of his girlfriends (I am assuming), who might not have been the best choice of companionship. Over a soulful bass line and vibrating guitar plucks, Dubb Sicks precedes to talk in depth about his girl who was “Queen Of The Trailer Park”. This is a young lady who apparently fights pitbulls with Michael Vick, leaves cigarette burns in the linoleum, does not take showers, yet she cooks in the bathtub (don’t ask), and last but most certainly not least, leaves him with an unknown ailment best discovered by asking him to drop his trousers.

Yeah, she made it real HOT for dude.

On a serious note, he spits a great story song on “Peter Davis”. It is a pseudo-autobiography concerning his relationship with a ethically challenged yet very effective, music manager who manages to make him a quasi-celebrity, but allows him to deteriorate to the point where he ends up an AIDS-infected junkie, begging for change on the streets.

Overall, “Mind in the Gutter” is a bipolar listen. He swings back and forth from dead serious to dead funny so often that it seems to be, at times, two combined EPs, instead of a cohesive album. However, taken on a song-by-song basis, it is an entertaining listen with nice beats, nice wordplay, and at times, a sick sense of humor.

You might feel a bit embarrassed to play a few of the songs in the street, but you will enjoy every second of what you hearing. There is no need to feel guilty about that.

Nervous Picks: “Intro”, “Mind in the Gutter”, “Just Let Me Put The Head In”, “Queen of the Trailer Park”