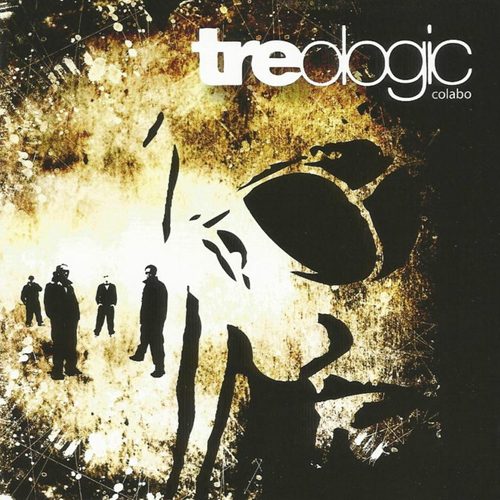 As a continuation from past musical efforts, Treologic comes back with a more developed, ripened sound in “Colabo.” With the album tile in mind, Treologic attempts to describe the vast collaboration between the group and Chicago’s finest musical talents as the join efforts are clearly present. Going beyond another album featuring their sole talents, Treologic introduces their ability to interact with other artists and by doing so, introduces a new sound. With extensive production across the board from names such as DJ Overflow, Hakeem Hunter, Billa Camp, K-Kruz, J-Rok, Laelo, and Doc Brown, mixed with an endless list of musicians, Treologic’s “Colabo” is a cooperative effort at its best. With this in mind, Treologic aims for a different sound, somewhat straying away from their past works of “Than You Lenny” and “What’s the Question” as Treologic keyboardist explains that “‘Colabo’ has a harder sound and more traditional hip hop production than their three previous releases.”

The Chicago team of Treologic consists of MC Billa Camp, drummer J-Rok, turntablist DJ Savage, pianist and bassist Laelo, and bassist Willie D have worked for many years together in order to rise up in the realm of Midwest hip hop. Their jazz, rock, and hip hop influences are clearly heard within their music as they reinforce the importance of their Chicago roots. Sharing the stage with acclaimed hip hop artists such as Talib Kweli, Brother Ali, and Mr. Lif, Treologic has put Chicago on the map. The collaborative efforts on “Colabo” represents what Chicago is all about and how Treologic is able to bring forces together to simply make good music.

On the jazzy “Harlem Nights,” Tanya Reed is featured with her soulful vocals as Treologic’s Billa Camp drops lyrics about how Harlem used to be. Describing his family that used to live in Harlem in the ’60s, Billa Camp runs through his various family members of his grandparents, father, mother, etc., and how they survived Harlem. With its modernized jazz beat with smooth keys and drums, envisioning the life in Harlem remains clear. In another poignant track, “Notes To My Child” features Chicago’s soul singer, Devioso, as Billa Camp provides an introspective look into his feelings about his child. The electric guitar driven track heightens the mood as Billa Camp reads a letter to his child. This personal track provides insight into his feelings of uncertainty, apprehension, and hopefulness as he attempts to build a relationship with his new found son while attempting to not make mistakes that more neglectful fathers have made.

“Turn it Up” features one of Chicago’s veteran female rappers, Ang13, as she lays it down on the chorus and unleashes fierce rhymes with Billa Camp about how this is just the beginning to their music. The chimes and hard bass throughout the track only enhance the aggressive rhymes from these two stellar emcees. The ’70s funk track, “We Want It All,” features rapper Wes Restless as he joins forces with Billa Camp as they show that anything and everything must be done to reach the top of their game. Throughout the track, flutes and drums mixed with a fluid vocals on the chorus bring a nostalgic feel and bring us back to where it once started. Also, B.B.L.A.C.K. makes a cameo appearance on “Starson” as he unleashes his reggae influenced lyrics on Treologic’s jazzy beats of hard drums and keys.

Although “Colabo” focuses on the various collaborations with Chicago’s premiere artists, Treologic re-introduces their own talents as artists as they release their own synergy within the group while reinforcing their classic jazz sounds. The light piano driven track of “Relax Your Mind” shows how his love in stuck in a superficial world as Billa Camp says, “relax your mind, let your conscience free, you’re now riding to the sounds of the m-i-c.” Although the track lacks because of overly repetitious rhyming, it still maintains a sense of realness and character as it explains many individuals who are caught up in a world of materialism. The Chicago based crew does not forget their roots or where they come from as they relive Chicago life in “In the Streets.” In the hip hop community, it isn’t a bona fide hip hop album if you don’t represent your city and therefore, Treologic takes it to another level by describing the heart of Chicago, both good and bad. With the sounds of sirens blazing and cars racing by in the intro, Treologic shows:

Treologic has reached new heights with “Colabo.” While incorporating the various styles of Chicago’s musical savants, Treologic fortifies the union between them and their confidants. “Colabo” definitely withstands the expectations from the group as the more “mature” sound is clearly reflected throughout their music. The constant blend of jazz, rock, and hip hop makes for a stimulating experience as the variety of sound is unmatched. Treologic has captured the essence of Chicago’s hip hop scene and proven that they, too, are evidence that Chicago’s hip hop roots are still