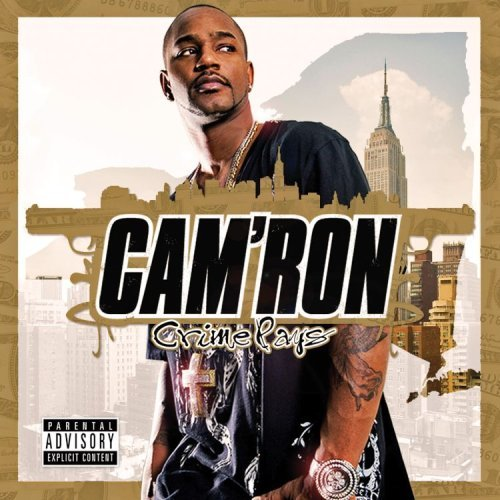 Who is Cameron Giles? Why is Cameron Giles recording music? Better yet, why is Cameron Giles so successful in selling that music once recorded? These are questions many of my contemporaries have yet to find proper answers for. I have to assume they don’t understand the world. They must not know anything about social relationships and human instinct. They surely must lack a heart. Automatons I must call them. Pardon the geeky brashness, but Cam’ron is not that difficult to understand. The man is the small business of rap. He’s the local pharmacy on the corner that charges twice as much for the same box of band-aids as CVS. He’s the Tupperware-selling neighbor you purchase all your storage needs from despite that Costco membership that will give you the same product at a fraction of the price. He’s the talkative hair dresser that is either oblivious or immoral as he flirts with every customer who walks in the door. Before you declare me gone off that Sizzurp, hear me out. Cam’ron has charm. Cam’ron has personality. Cam’ron is interesting. Whether that interest is of a positive or negative hue is up to the beholder, but no one can deny that he keeps us talking. Why else would he be on our minds after a 4 year hiatus that saw him fade into the darkest of obscurity? Who else could include chalupas, cookies, apple juice, woo hoo, and Ohio in their song titles? No one else could. He’s Cameron Giles, the man that makes any and every 70 minute musical odyssey interesting.

“Crime Pays” is Cam’ron’s triumphant return to form. Anyone who doubted it can be rest assured that the man did not lose a step while he was gone. This is still the emcee that will say anything on his mind over any beat he thinks is dope. You ever wonder where Cam’ron got his drugs from? I don’t mean that in a rhetorical manner and Cam’ron responded in kind on “Get It In Ohio:”

“Thinkin ’bout Guy Fisher
Never met him, but goddamn that’s my nigga
I figure real estate, invested pie flipper
Never snitch, me I’m in a bathrobe, fly slippers
Left Chicago wit good money for five drops
Westside, did the Southside like the White Sox
Bamboo and Pulaski, K-town is contra
They’ll dearly depart ya, in front of MacArthur’s
I’m the author for gangsters, tough guys
Did the whole Ohio, but I start it off of Buckeye
Columbus to ‘Natti, them towns I raped ’em
Few clowns was hatin (what?!), moved my pounds to Dayton
And in Akron, my niggaz they would throw things
Not King James, these were coke kings
Ain’t he actin grown, doggy you ain’t back at home
Then smack the soul, wrapped in chrome, you better get a chaperone”

Araabmuzik delivers a thunderstorm of synths that rain down on you like the first spring shower. I know, you’re convinced Cam’ron has lost touch with his roots and is wrapped up in this drug talk. “My Job” puts an end to that:

“Yo, I hate my boss
Dude think he know it all
And I know I know it all
But I follow protocol
Hope sit in the casket
Got me sittin’ in traffic
It’s seven AM
And I woke up late, didn’t even have a shower
Lunch break? Give me a break, a damn half an hour
All this bullshit for twelve bucks an hour
Plug me to Chuck D, wanna Fight the Power
Instead I light the sour before I go in the office
Being here eight hours sure will get you nauseous
Lady across from me, telling me her problems
I’m look at her like yo
How the fuck I’m gonna solve ’em?
You know our ethnicity
Car note, rent, don’t forget electricity
Internet, cable, and the phone all connected
Food, gas, tolls oh now it’s getting hectic
Brand new clothes? Naw you’d rather see me naked
Yo check it, I got my check, now I’m feel disrespected
Why am I working here? It ain’t working here
It ain’t worth it here, never gonna persevere
Ain’t no money for new shoes or purses here
Should’ve done my first career nursing yeah
Now I’m sitting here thinking ’bout the work I put in
This verse from the everyday working woman”

If you can’t relate to that song, please please please let me know what you do for a living! This time Skitzo provides the beat and rivals the best of Cam’ron’s sweet soulful musical selections. Simply put, tracks like “Get It Get It,” “Woo Hoo,” and “Where I Know You From” hit the highest of highs when it comes to Cam’ron’s career. Unfortunately, we also have some lowest of the lows on here. “Curve” is the latest in a long line of Dipset attempts to make slang fashionable and doesn’t work despite a pounding beat. “Cookies-and-Apple Juice” is a mess of a song known more for the outrageous title than any actual dopeness. You also have an overabundance of skits on the album that generally are just there and not entertaining.

As you can tell, I am one of those people who finds Cam’ron entertaining to the point I give him my money. Scratch that, I go out of my way to give him my money. I don’t judge him, I just appreciate him for what he is. He makes life a bit more entertaining for us all. It’s the truth. He makes an otherwise boring and routine experience exponentially better simply by being himself. You know it, I know it. Is the new Cam’ron CD dope? OF COURSE! He had the audacity to make a song called “Chalupa!” Is the new Cam’ron CD wack? OF COURSE! He had the nerve to make a song called “Cookies-And-Apple Juice!” See how that works? He keeps us talking. He makes that routine listening experience entertaining. He makes the routine criticism exciting. He injects his charm and personality into his music. He’s the equivalent of service with a smile. He’s the sincere “How are you doing today?” He’s all the neighborhood gossip in half an hour. For that reason we all keep coming back. Whether that’s a good or a bad thing is your decision, but I’ll see you next time.