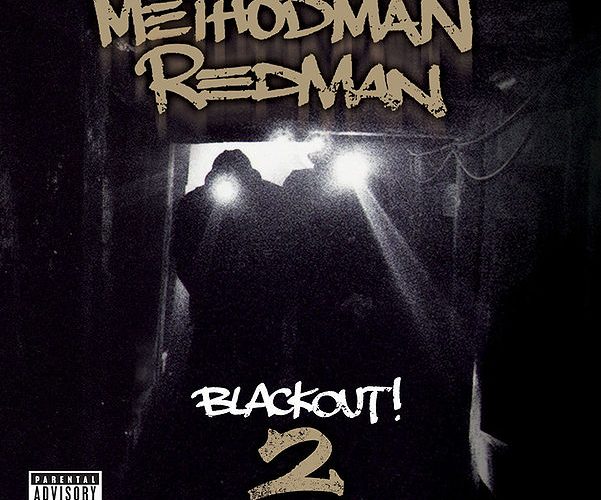 A decade ago, Method Man and Redman were just two hot rappers that, after a few successful collaborations, decided to put out an album together, “Blackout!” â€“ ten years later, the music industry is a very different place. You may notice that I called them “just” rappers, because following “Blackout!” (plus the very healthy success of selling around 1.5m records in the US alone), they decided to spread their wings and fly into different areas of the entertainment industry, with varied levels of success. Now before you jump on the bandwagon of saying that Meth in particular “fell off” and didn’t even do that well as an actor, try to remember that he was in “The Wire” â€“ and not just as a guest character. He certainly acquitted himself well, provoking strong reactions, as most viewers were willing his cock of a character to die a painful death. Yet, it would be fair to say that neither Meth nor Red has set the world on fire in the way that they smashed open the rap game in the 1990’s especially. That includes rapping this decade, by the way.

Redman has always been an emcee’s MC. So naturally talented, charismatic and witty, he deserves his place as a true legend in the game â€“ he is as good on “Blackout! 2” as when he first started. Method Man, on the other hand, once seemingly assured of his jersey in the Hall of Fame, has divided opinion over the past decade â€“ a distinct lack of relevance has dovetailed with (let’s face it) diminishing quality, not to mention one eye on Hollywood. Be it dull guest appearances or lacklustre performances on some of the Wu LP’s, he has sporadically sparked into life but only in the past 18 months has MM approached rapping with the hunger of his earlier career. Fortunately for fans, he is bang on form just in time for both Raekwon’s “Only Built 4 Cuban Links II” and “Blackout! 2” â€“ seems like Mr Hollywood loves his sequels…

The first thing to note is the chemistry between Meth and Red is as good as it has ever been â€“ they mesh so well together, and as far as rapping duos go, they are up there with the best. Vocally, MM’s gruff control of his larynx is perfect and he is lyrically (technically) on fire. His verse on the DJ Scratch joint “Dis Iz 4 All My Smokers” is excellent and his flow is on par, or close to, that level throughout the album. Redman’s usual brilliance has a genuine rival on “Blackout! 2” but they are both on the same team here. This long album at least provides the opportunity for the two of them to expand on simple dope themes, and they spin various yarns when necessary â€“ Ghostface and Raekwon pop up for the solid “Four Minutes to Lock Down” and the self-explanatory “Mrs International” features a cheeky Erick Sermon. Most of the album is various shit-talking, chest-beating and generally being impressive, and it is good old-fashioned fun. Fans of the first “Blackout!” will certainly not be disappointed.

Musically, the first half of the LP is something special â€“ especially once the third track kicks in, “A-Yo” featuring Saukrates. Produced by Pete Rock, it is an absolute gem of an instrumental, and the boys know it, grasping the opportunity. “Dangerous MCees” is another solid Erick Sermon contribution, and “Hey Zulu” is a strange but intriguing track. The second half of the album is good, however, not great â€“ and not quite up to the standard of the first, dragging a touch as it goes on. Songs such as “I Know Sumptn” and “A Lil Bit” serve less of a purpose, and just a little too much of the energy is sapped. Yet luckily, the strong lyrics manage to add extra zest throughout, and that should translate well to live shows in particular.

Overall, it is nice to have a strong, successful sequel to the original “Blackout!” and the Red Meth combo have certainly not let their fan base down. Whilst this album is by no means a classic, and musically the latter parts perhaps not faring as well with repeat listens, it is lifted up by superb lyrics and effortless charisma from the rappers. It is particularly great to welcome an in-form Method Man back to the scene, as he finally appears to have regained that edge to his wordplay. Redman, as ever, is excellent. They could have expanded on their subject matter, showing more growth and maturity, but perhaps this is their fun day out, so it seems churlish to be too harsh. Clearly, the album won’t sell as well as the predecessor, and won’t be cherished as highly, but that isn’t down to the artists, more the music as well as the changing music scene, and it proves that rappers pushing 40 can turn on the skill at will.