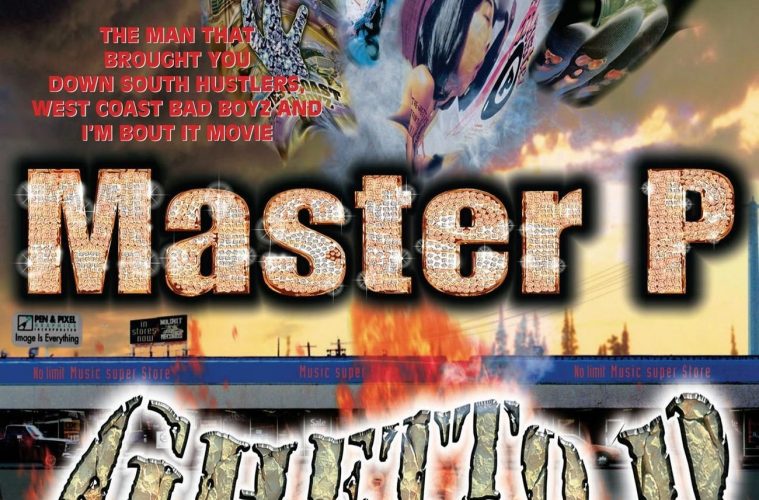 Officially, the “P” in Master P does not stand for Promotion, but one would find it hard to believe when looking at his recent Snickers ad or flipping through the liner notes of a No Limit Records release during the mid to late 1990’s. I would say that at least 75% of the packaging for any given album was dedicated to advertising upcoming albums. While this type of marketing wasn’t necessarily new, the extent to which No Limit did it was unseen at the time. It helped create a buzz and anticipation that was critical to the success that No Limit achieved during this time. 1997 was an especially good year as it started off with a commercially successful album from TRU, “Tru 2 Da Game”. The movie and accompanying soundtrack to “I’m Bout It” bolstered the label’s success midway through the year. The following September, Master P released what many in the hip hop community consider to be his magnum opus, “Ghetto D”. Commercially, the album was a success, selling over 260,000 copies in it’s first week of release and subsequently knocking Puff Daddy’s “No Way Out” down from the #1 spot on the Billboard 200.

The album opens with the title track, which interpolates the Eric B & Rakim seminal classic, “Eric B. Is President”. However, instead of making ’em clap to this, these No Limit Soldiers are showing how to “make crack like this”. Clever. This is not the only occurrence of interpolation. It happens about four or five more times on the album, including on the first single “I Miss My Homies”. This particular song contains an interpolation of the O’Jays song “Brandy” and guest verses from Silkk The Shocker and the late Pimp C, as P pays tribute to those soldiers who are no longer with us:

“From the cradle to the grave, from the streets we used to fall
In the park you liked to ball, put yo’ name up on the wall
In the projects you’s a legend, on the street you was a star
But it’s sad to see my homeboy, ridin in that black car
A lotta soldiers done died, a lotta mothers done cried
You done took yo’ piece of the pie but you was too young to retire
Smile for my homie, Kevin Miller, my boy Randall
And every ghetto person that lost their loved ones to these ghetto scandals”

Honestly, “Ghetto D” plays more like a compilation album, rather than a solo release since just about every song features at least one guest star from the No Limit roster. Kane & Abel make an appearance on “Throw ‘Em Up” and Mia X lends her ladylike vocals to “Plan B”, the latter is a track about being the outside party in a relationship. On “Tryin 2 Do Something”, Fiend and the still-incarcerated Mac spit the guest verses while Mo B. Dick belts out a hook that sounds a lot like the Isley Brothers’ “For The Love Of You”. As one might expect, the majority of songs on “Ghetto D” fit into one of three categories: women and weed, making and spending money, or overcoming struggles. Other joints like the Timex Social Club interpolating “Stop Hatin'” and the second single, “Make ‘Em Say Uhh!” are downright just fun songs. The basketball theme of the video and a cameo appearance from Shaquille O’Neal only add to the fun. Mystikal eventually steals the show on the posse cut, but P still holds his own as he raps:

“Nigga, I’m the colonel of the motherfuckin tank
Y’all after big thangs, we after big bank
3rd Ward hustlas, soldiers in combats
Convicts and dealers, and killers with TRU tats
Never gave a fuck ’bout no hoes on our riches
And niggaz come short, I’m diggin’ ditches
M.P. pullin’ stripes, commander-in-chief
And fools run up wrong, nigga I’m knockin’ out some teeth
I’m down here slangin’, rollin’ with these hustlers
Tryin’ to get rid of all you haters and you busters
Steppin on toes, breakin niggaz nose
In the projects, niggaz anything goes
Breakin fools off cause I’m a No Limit soldier
At ease… now salute, then pass me the doja”

The album starts to wind down with “Only Time Will Tell” and “After Dollars, No Cents”. Mercedes and Silkk assist on “Gangstas Need Love”, which puts a No Limit spin on Diana Ross’ “Missing You”. A slowed down version of the theme from “Phantasm” is the backing music for “Pass Me Da Green”, an ode to smoking marijuana. “Ghetto D” closes out with “Bourbons and Lacs”, a slow, bass-heavy song that incorporates part of Marvin Gaye’s “Sexual Healing” and fits P’s slowed down flow perfectly:

“Wood grain with the leather seats
Windows so dark you need a flashlight to see me
Smokin on that doja
Four niggas in the back screamin’ No Limit soldiers!
True to the gizzame
Stopped in the projects, sold a half an ounce of cocaine
Hit Interstate ten, into Texas
Listening to DJ Screw, just raced the Lexus
Called up Pimp C, did a song last week with my nigga Bun B
Twistin’ on some green spinach
And niggas still trippin’, I ain’t dead, I’m still in it”

For what Master P lacked in talent, he more than made up for it with his charisma, marketing abilities, and his production team at the time, Beats By The Pound. They were able to take the trademark No Limit sound that the consumer was used to and make it bigger and better for a larger audience. While the plethora of artists ensured that the everyone on the No Limit roster got a chance to shine, the record would have been a dud without the beats to go with it. This album helped to set up a record number (and one might argue that it was a supersaturation) of No Limit releases in 1998, and while there were a couple albums that prospered, even more did not. The output of No Limit waned in 1999, and by 2000, the bulk of producers that made up the Beats By The Pound collective had moved on. In the opening seconds of “Ghetto D”, Master P beckons the listener to imagine substituting crack for music. This album did just that, and many of us have been hooked for the longest. Although P isn’t the dealer that he once was and his product isn’t as strong as it once was either, somehow it’s hard not to revisit this album for one last hit.