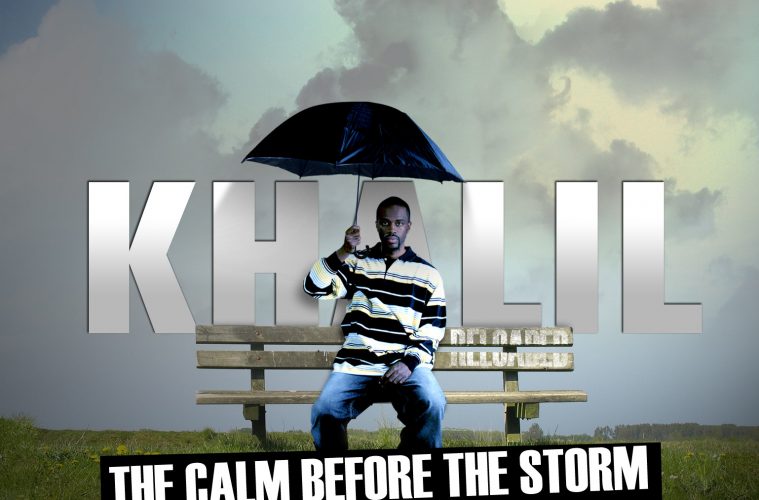 Khalil Ismail :: The Calm Before the Storm

In 1994, when I was in seventh grade, a hip-hop duo called 5-0 came to my middle school as part of our Drug Abuse Resistance Education (D.A.R.E.). Comprised of two former narcotics officers, 5-0’s set list included gems like “Books, not Meth” and lyrics like “Hip-Hop Hooray-ho/say no/say no/Don’t freebase!” (These were probably not the actual song titles or lines, but they might have well have been.) 5-0, while perhaps an extreme case, serves to demonstrate the potential pitfalls of “positive” rap. While MCs trying to educate their audience as to the dangers of drugs, misogyny, and promiscuity and the advantages of peace, tolerance, and piety no doubt have their hearts in the right place, they risk coming across as preachy, condescending, and sterile. Still, my intent is by no means to dismiss progressive hip-hop. There are a lot of rappers who have made their names through brilliant consciousness, but these types do not stake their success on positive message alone. Whether it is Tribe’s abstract humor, Talib Kweli’s unsurpassable wordplay, Mr. Lif’s apocalyptic paranoia, or KRS-One’s IQ, the best knowledge-droppers put that extra something in their work to set it apart from the 5-0’s of the game.

Khalil, on his recent major release, “The Calm Before the Storm,” occasionally stumbles upon these moments of uniqueness and brilliance, potentially placing his progressive stylings above the fray. On the “Intro” he spits pure End-of-Days revelation, framing his sociological concerns in dark biblical prophesy. “How long before He says enough,” Khalil pontificates, “before it’s over into dust?” The LP’s title track, similarly, finds this D.C.- Baltimore b-boy genuinely afraid for the world, as he uses global warming as a metaphor for a society spinning out control. These more ominous tracks allow Mr. Ismail to espouse his commentary while not patronizing or boring his audience.

Unfortunately, for the vast majority of “TCBTS,” the rough edges are too smoothed over for the album to sustain intrigue. Our MC spits about the run-of-the-mill positive topics – his hopes for world unity, the pitfalls of racism, etc. He apparently does not trust his audience enough to realize they might already get that blatant bigotry is bad, even without him telling them explicitly that “the character of a person goes so much deeper than sight.” He dabbles in lots of other clichÃ©s, too. On “I am Hiphop,” guest Karim Amin’s played-out spoken word poetry poorly mimics Saul Williams. On “Giving Up,” Khalil makes sure we all know that “giving up is not applicable” to him because, you know, he gets that it’s important to try hard in school and stuff. It is apparently also important to jack your style from Brother Ali, as the MC does on this recycled inspirational self-pleasuring. “Giving Up” is kind of how I picture my high school guidance counselor sounding over a beat.

Oh, and abusing women is bad too. Who knew? Unfortunately, on “Sista Sista,” Khalil exposes his own brand of subtle misogyny – lecturing that the way to treat women well basically amounts to robbing them of their sexual identities. He praises his caricature of a prudent girlfriend for not giving up “her treasures” before they get married, but does not then go on to compliment her in any intimate or personalized way. In his effort to portray his relationship as wholesome, Khalil winds up sounding like he only respects his better half because she won’t put out. Adding insult to injury, he then congratulates certain Muslim women who are “societal anomalies” because they keep their “clothes on right,” as opposed to most women who the rapper apparently thinks of as real tramps. To be sure, we should deeply respect females who adopt a sexually conservative lifestyle, but in attempting to pay this homage, Khalil romanticizes a pernicious Madonna-Whore dichotomy which we too often impose on our mothers, sisters, daughters, and wives.

The lack of substantive lyrical ingenuity is so damning, in part, because “The Calm” does not make up for it with either clever wordplay or original production. I will be the first to admit that some of my favorite rappers, Talib Kweli and Common, for example, can be too preachy. But even on their most public-service-announcement-esque tracks, these MCs employ complex rhyme schemes and clever punch lines that more than make up for their occasionally boring themes. Khalil, on the other hand, rarely deviates from the most elementary rhyme patterns, yet his word placement still feels forced.

Making matters worse, the production choices are consistently misplaced and lazy. Instead of supplementing our feature’s conscious themes, the beats often evoke a clubby, party-rap vibe that would fit better on a Black Eyed Peas b-side. Indeed, some of the K’s lyrics would seem less vacuous if the production matched his sentiment. On “Wakeup,” for example, Khalil’s somewhat perceptive racial commentary seems out of place over a poser-ish synth hook. The percussion, even on potentially effective tracks like “My Condition with Malcolm X,” consistently sounds like it was cut-and-paste from FL Studio’s drum kits.

Otherwise put, even when I find myself enjoying “The Calm Before the Storm,” it is often for the wrong reasons. When my head nods, it is not because the beat is catchy or original, but because it evokes a generic sound I’ve unconsciously nodded my head to a thousand times before. When I find myself getting into the lyrics, it is more because I agree with them than because they offer any sort of genuine insight. Stated more succinctly: if you want to be challenged, look elsewhere.

Khalil Ismail :: The Calm Before the Storm
4Disappointing
Music4
Lyrics4.5