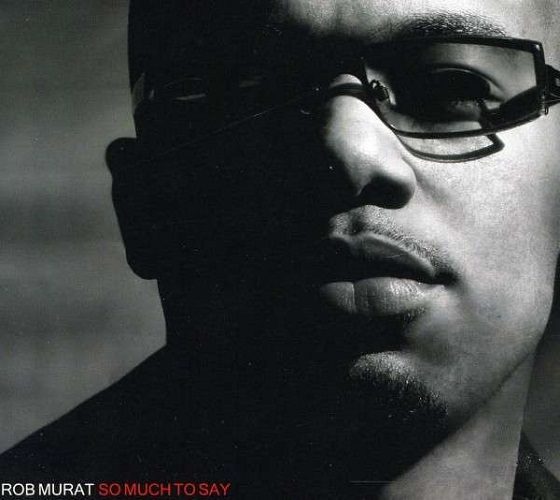 Rob Murat :: So Much to Say

So I don’t know the guy, but here’s the only way I can explain Rob Murat’s debut “So Much to Say”: For the first half of the year, the man was having some real problems with his lady friend. He somehow found a way to sublimate his pain, not into whiney, played-out love songs, but rather into a genre-bending, hip-hop- meets-Tom-Jones outpouring of creativity. This refreshing synthesis led to the compelling first half of “So Much to Say.” Fortunately for Rob, but unfortunately for the listener, he and his better half reconciled things, and this reconciliation inspired the second half of the album, which is nothing short of terrible, terrible schmaltz.

Indeed, the first 6 songs on “SMTS” strike a remarkable balance between creativity and accessibility, sentimentality and introspection, and joy and pain. Murat’s production on these earlier songs mixes hip-hop percussion with celebratory big band horns, making it all the more striking that Murat is pouring his heart out lyrically. It is almost as if he is celebrating the hardships of love. On “Ready to Love,” over a steady hand-clap and Prohibition-era brass, Murat desperately but joyously tries to make amends with his girl. He informs us that he has not seen her for “seven weeks,” a subtle detail which makes it seem like he is talking about a real person. On “Dilemma,” this Ivy Leaguer riffs “Perhaps, Perhaps” over a live-sounding kick-driven beat as he weighs the benefits and detriment of losing his freedom to commit to his significant other. On these first 6 songs, Rob is absolutely in his element. Even when this Queens-born vocalist seems to make a misstep by lamely declaring himself “Mr. Soulman” on the song of the same title, he redeems himself by ultimately being humbled by the object of his affection when she tells him he is spitting the wrong kind of game.

The sixth track, “Celebration,” foreshadows the schmaltz to come, but is still so sincere that I can’t help but be happy to hear that things are finally working out for the guy and his girl. By the next song, though, I am hoping for them to break up again. Songs 7 through 12 trade in the first half’s compelling hip-hop influence for pure nauseating Bar Mitzvah band cheese. We’re talking “Total Eclipse of the Heart,” “Celebrate good times, come on!” karaoke classics. Poet/MC J. Ivy gives us perhaps the only redeemable moment of these latter tracks on “So Much More,” with the world’s first hip-hop feature on a lounge act, but Rob quickly kills that vibe by doing the deep-voiced-guy-from-Boyz-II-Men-talky-thing for an entire song.

I suppose that Rob Murat’s “So Much to Say” reiterates the unfortunate truth that, to create great art, your life has to be kind of fucked up. It is no coincidence that most famous painters die poor and unappreciated and that most brilliant philosophers and authors wind up hopeless recluses; the difference between quality old-school country music and characterless pop country is that the originals crooned drunkenly about loneliness while the today’s feaux-cowboys make misogynistic tractor puns. Mr. Murat composed album-of-the-year material when his relationship was on the rocks, but when things got better in his love life, he became a second-rate wedding singer. But hey, if the man is happy, that’s what really matters, right?

Rob Murat :: So Much to Say
5Overall Score
Music5
Lyrics5