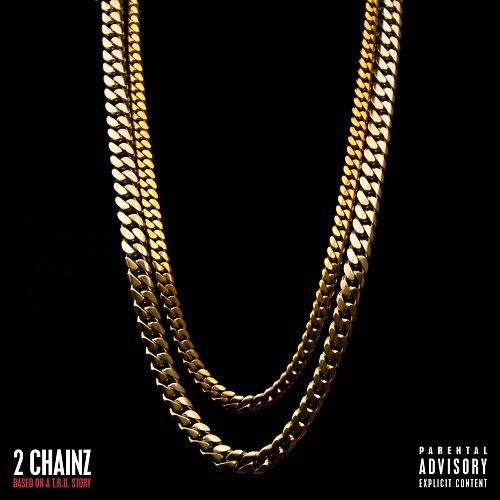 Albums like “Based On a T.R.U. Story” really make you wonder just how they even come about to existence. Record labels make talented artists jump through hoops to even get signed, let alone get through the development process unscathed. Getting a single released is a miracle; an album launch is simply blue moon territory. Then along comes a talentless hack like 2 Chainz.

On what can only be described as a one-man crusade to provide ammunition to everyone that hates hip hop, including hip hop fans, the rapper from Georgia (formerly known as Tity Boy) reduces every single topic to its very base level. There are absolutely no redeeming aspects to his own performance, and BOATS is in no way, shape or form worth your time or money.

A decent supporting cast providing their B game beats handles the production, and it makes for an average enough background listen. Bangladesh turns up, as does The-Dream, and there are features from Lil Wayne, Drake, Kanye, Nicki Minaj, Scarface, Chris Brown and a few others. It’s all very typically Def Jam ’12, but then along comes the star of the show to destroy the myth that he’s “one to watch this year.” He is, rather, one to spot, avoid like the plague, and ignore forever more.

The lyrics are just so appallingly limited in ambition, and he drags his all-star cast down with him. Mr. Epps rolls off a nonsensical list of clichés, dumbed down couplets and inane song titles (he claims “I’m Different” then two songs later delivers “I Luv Dem Strippers”). Can 2 Chainz rap? Yes, of course. But is he saying anything? No, not even once. Nothing clever, nothing of note. And it’s not an objection to “ignorant shit” music – do I sometimes drive around blaring out obnoxious rap music like a first class prick? Yes, of course. But GOOD obnoxious rap music.

Muhammad Ali once said: “The man who views the world at 50 the same as he did at 20 has wasted 30 years of his life.” Well, 2 Chainz turns 37 next month. He is wasting his life, his talent, our time and – honestly – degrading hip hop, his community and the reputation of Georgians worldwide. This is, quite handily, so much of precisely “what is wrong with hip hop today” – tidily sequenced into an hour of mind numbing idiocy.