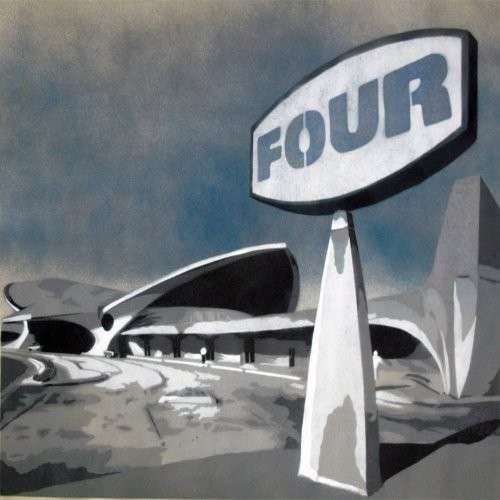 Despite trying my best to decipher the purpose of Moka Only’s Airport series, I came up empty. Moka Only is equal parts prolific and equal parts mysterious. Airport is just one of the many series Moka has created over the years. The album boasts some vague references to airports and flyings, but that is far from the running theme. Like most of his albums, the only clear intent expressed by Moka is to make dope hip-hop. To that extent, he has been extremely successful and “Airport 4” is no different. Rather than take the literal approach and tell you how dope his hip-hop is, Moka lets the music stand on its own. It leaves the album open to some vagueness, but overall “Airport 4” just adds to Moka Only’s already impressive catalog.

Moka Only delivers another album worth of dope production throughout. There really isn’t one subpar beat on the 18 songs found here. The intro kicks things off with a majestic horn, cascading bass line, and sweet soulful vocals. You could randomly pick a track off the album and find something to love about the music. “Blue Blazes” gives us a simple, subdued beat with only bouncing pianos, but Moka adds a subtle vocal sample for the “hook” that brings that track together. As is his M.O., Moka is far from conventional on “Blue Blazes,” the song is short, but gives us two minutes of hypnotic vibes. For those curious about the emceeing on “Airport 4,” Moka still represents for his raw hip-hop roots with tracks like “Museumcees:”

“Museum emcees, rugged like GMCs
Who like to pay a fee emcees, real emcees
Realizing like architects do
No crew but you know I know a few emcees
Free ones, free from the BS
We put it down, ever present like the GS-T
Emcees is on my tip, I tap some chiclets and rap
A lot of people clap
I include emcee history in my new emceeing
That’s why I’m a museum emcee
They all over me like its TMZ”

Yet, despite a heavy dose of raw emceeing, “Airport 4” contains plenty of variety both in structure and topic matter. “YLFM” stands for “Your Love For Me” and finds Moka reminiscing on the mixed feelings of new love. He precedes that song with “Always A New Day,” a mellow, but motivational track meant to provide a soothing soundtrack to the daily hustle. The album is full of constant changes in topic. Those changes are coupled with songs as short as one minute, with few reaching past the three minute track. Usually such a structure is a drawback for rap music, but the hectic nature of the songs seems to go hand in hand with Moka Only’s seemingly random thought process.

“Airport 4” is a nice rebound for Moka Only. After dropping the somewhat average “Saffron” CD, Moka gets back behind the boards and his lyrics have improved because of it. Whether it’s because he is more comfortable over his own beats or because Ron Contour isn’t as focused as an emcee, Moka Only definitely benefits from handling both the production and emceeing on his albums. It’s not that the man doesn’t rip verses on other people’s beats, but his brand of off kilter, lyrical flows sounds perfect over his soulful production. Though at times it is difficult to discern the thematic difference between any given Moka Only album, the one thing you are guaranteed is dope music track after track and “Airport 4” is no different.