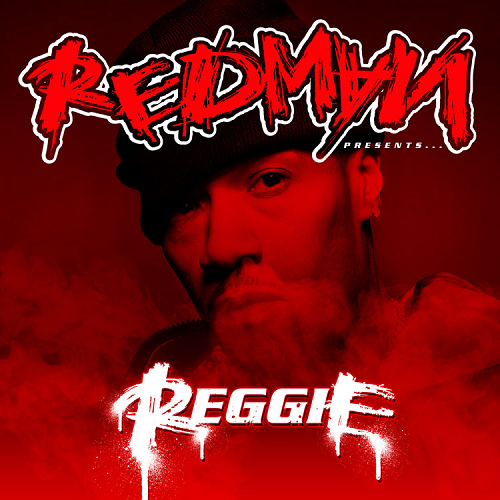 It’s time for the return of Funk Doctor Spock – the marijuana smoking, fat booty slapping, New Jersey card carrying comic relief of hip-hop. When things get too serious in rap, you can always count on the impeccable timing of Redman’s vocal delivery and witty punchlines to lighten up the mood in in the room. Apparently things got too serious for even Redman though, as he had to step outside of himself and come up with an album that’s a break from his norm. As such we are being treated to “Redman Presents… Reggie,” which for the know-nots refers to his given birth name of Reggie Noble. It’s not the first time a rapper has needed a break from the gimmick he was trapped in on prior releases – in fact Kool Keith has based almost his whole career on it – but as successful as Redman has been to date it’s a bit unexpected.

To be perfectly honest though I’m not sure I can tell that there’s much difference on this album between Redman and Reggie. Perhaps Reggie is a little more willing to use AutoTune, but this is 2010, and EVERYBODY is a little more willing to AutoTune their shit. Perhaps it’s the lack of Erick Sermon behind the boards – this is the first album in Redman’s entire career where the Green Eyed Bandit was completely absent. Not even one track has E-Double’s golden touch, and he makes no vocal cameos. If you played a song at random off this album though, say The Fyre DEPT. produced “Tiger Style Crane” for example, your average hip-hop head of the last 20 years would immediately recognize this as a trademark Redman song. It’s complete with the obligatory shoutouts to the East coast, the more recent phenomenon of him bigging up Gilla House, and the witty pop culture references that are his trademark:

“Crack the Remy Martin, for niggaz pumpin weed by the mini market
Bring it when you see me park it
I think Big like Diddy office
I fuck a hoe with a baseball cap on like Mr. Marcus
Yeah! My Family Feud like Richard Dawson
The survey said I’m hidin right in your apartment
It’s Brick City, right beside New York
Yeah the streets is watchin even mimes wanna talk
I run up on the DJ, smack him on camera
Makin sure I get my wax on like Daniel-san
Feel my Genuine Draft, not Miller
I could walk up in the church and start a mosh pit up
Yeah! I +Bring the Pain+, 11th member of the Wu-Tang
My flow tiger style crane
I’m back nigga, ridin that gravy train
The rap criminal my +Artifacts+ hard to +Tame+
Bitch wanna complain, no use to barkin
cause we can go neck for neck like Pam and Martin
Get smoked like a carton, of Newports nigga
On my New Jersey shit, and New York nigga”

Should it really be held against Redman that you can’t tell his old gimmick and his new gimmick apart? Absolutely not. If you’re already a fan there’s nothing to worry about, and if you’re just now discovering Reggie this one will serve as a good introduction. The DJ Khalil produced “Def Jammable” hits as hard as any banger he made for Clipse, Defari, Eminem or Slaughterhouse. “Rockin’ Wit Da Best” is new school funk by ThreeSixty meeting the old school flavor from hip-hop legend Kool Moe Dee (more rappers need to cameo him on a track). The obligatory chronic song comes in the form of “Lite 1 Witcha Boi” with Bun B and Method Man, the latter of whom brags “I got the frequent flyer miles, I hit the Sky Mall” over Da Audibles track. The pounding Tone Mason beat and heavily computerized chorus of “Full Nelson” is a perfect Gilla House setting for Ready Roc, Runt Dawg and Saukrates to show off their chops. Even the expected Redman crossover song comes in the form of a Faith Evans duet on “All I Do,” and while there’s no Erick Sermon we still get Rockwilder love on “Mic, Lights, Camera, Action.”

Whether you call him Reggie Noble or Redman, one thing’s for certain – it definitely feels like the man should have had more than seven solo albums in the last 20 years. That’s not to say he hasn’t found plenty of side work in duets with Method Man or groups like Def Squad, but it’s shocking if you count only albums under his own name (either one) and realize he averages about one every three years. Perhaps it’s good that Redman doesn’t kill the market with oversaturation like some rappers do, but it also makes it easy for some people to forget about how good he is between times. While it won’t be the best or most important album in the entire catalogue, “Redman Presents… Reggie” fits perfectly into his body of work as a whole and will be worthy of multiple replays after the purchase date.