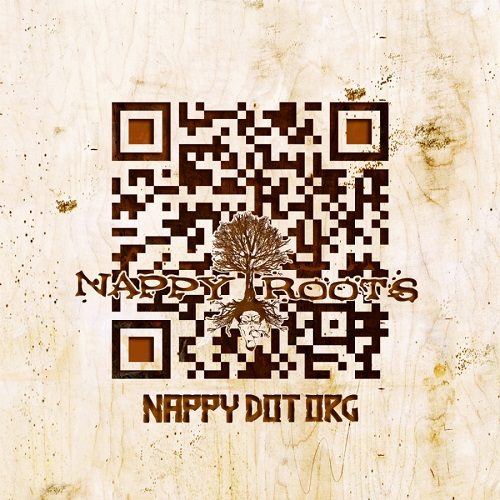 Nappy Roots and Organized Noize were bound to hook up eventually. Now that Cee-Lo’s a flamboyant pop star, Goodie Mob don’t dance no mo’, Bubba Sparxxx went the way of the rest of the Purple Ribbon All Stars, and OutKast is doing whatever it is they do, the Nappy boys are easily the next best thing as far as down-home, country-fried hip hop goes. Only a year removed from 2010’s brilliant “The Pursuit of Nappyness,” the Kentucky quintet is back with an eleven track LP produced entirely by the immortal Atlanta trio behind “Southernplayalisticadillacmuzik,” “ATLiens,” and “Soul Food.” This overdue first intersection between the Nappy Roots and Dungeon Family universes features collaborations with Big Rube and Khujo Goodie, making it a landmark event for anyone who likes a little country twang in their rap.

Listening to Nappy Roots rap is an experience not unlike a song by Levon Helm and The Band. It’s easy to imagine a crew of grizzled men in overalls sitting around the campfire, going around the circle each weighing in on the topic of the day, and letting everyone get in his two cents before moving on to the next one. The MCs and their accounts aren’t particularly distinct from each other, but this enhances the consistent, familial vibe they emanate with their thick, syrupy drawls. There’s always a heavy dose of soul in Nappy’s albums, and “The Pursuit of Nappyness” was among their finest yet, featuring mature, good-natured musings from a group who’d seen the top yet seemed comfortable with their independent status. Featuring phenomenal production from an array of largely unknowns, “Nappyness” was a celebration of life after stardom and small-town America, and the celebratory vibe carries over to “Nappy Dot Org.”

Opening to the sounds of Dungeon Family mainstay Big Rube’s spoken-word poetry, the exuberant “Legend Lives On” is a prime cut from both Nappy and ONP, anchored with marching band horns, pipe organ, and rhymes from the entire crew expressing gracious awe at their own accomplishments. No matter how many acclaimed albums they manage to release, the quintet never fails to marvel at their journey, resulting in a genuine humble charm. They have also perfected the art of the party jamâ€”the heavier “Country Boy Return” also features driving horns, and it’s followed by “Easy Money,” another early highlight that while upbeat is deeply reflective, particularly Big V’s closing verse. “Pete Rose” is a tenuous, uneasy banger with a hook taken from Goodie Mob’s 1995 classic “Dirty South” delivered by one of that song’s architects, Khujo Goodie. “Good & Evil” is a pulsating, immensely catchy gem capturing the group’s honest contemplation:

“We do this for people who fight to live equal and prosper
Our brothers, our fathers, our mothers, our sisters and daughters
The people like Marley, Rodney King, and Sharpton
Frederick and Harriet, Malcolm, Rosa and Martin
We take from the greedy and give to the people, we starvin’
My partners that’s still on the block, I won’t stop ’til they ballas
They say it’s a constant struggle between good and evil
I can’t fight it anymore, just wanna live peaceful”

The late highlight is “Give Me a Sign,” a slice of Kentucky-fried genius reminiscent of Bubba Sparxxx’s “Deliverance.” Rashan’s hook glides over the twangy, downtempo groove, and the Nappy boys bounce off each other with impeccable chemistry:

“If I knew then what I know now, would I slow down
Or would I speed up, crash and burn?
Graphic closed casket, ashes and an urn
So tragic, the bastard had to learn
How fast the world turns, the hard way
Felt like the whole world was ours, just like Scarface
Money and the power somehow turned sour
But soon again it’s go’n all be ours”

The second half is a bit weaker than the first, with marginal lowlights including the irritating “Y’all Party” and the decent but lethargic “Karma.” The wistful “Hey Love” is fairly forgettable, but “Nappy U Here” gets things back on track with a wide-eyed slow-burner that wouldn’t have been out of place on Goodie Mob’s “Still Standing.” “Congratulations” completes the arc by closing the album with an upbeat, celebratory song.

Nappy Roots is in a great spot. Their chart-topping pop success ostensibly behind them, over a decade of recording they’ve managed to compile a resume and reputation such that their fans remain loyal and they can attract the sort of collaborators assembled here. ONP tailors music to Nappy’s strengths and style, proving they’re still one of hip hop’s visionary entities. It’s easy to imagine that the best is yet to come for Nappy Roots, and “Nappy Dot Org” is another essential listen from one of rap’s most distinct and charismatic groups.