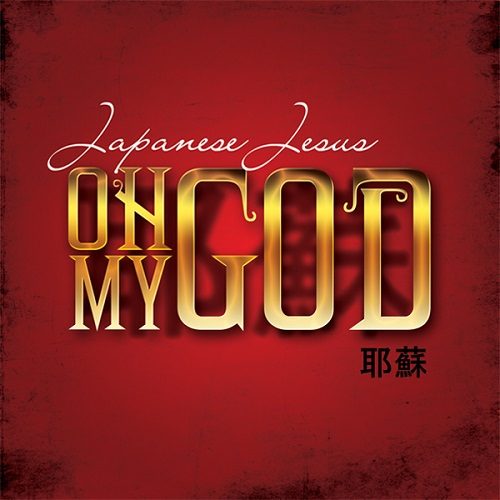 I don’t know much about Japanese Jesus, other than the fact he’s relatively well known on the rap battle circuit. A quick youtube and google search pulls up videos and posts about various battles he’s been in and from the feedback he’s won his fair share of them. Battle rappers have always been rap’s big enigma. Immensely gifted in one sense and the foundation of hip-hop, battle rappers have the tendency to be completely inept at making well rounded music. It’s difficult to explain why this is the case, as most people would agree the pressure to perform improvised rhymes in front of a crowd is higher than recording rhymes in a controlled environment. Still, from Canibus to Jin, battle rappers have tanked time and again when it comes to parlaying their battle skills into a career as a recording artist. Unfortunately, it seems like Japanese Jesus is no exception to this rule. “Oh My God” is largely a generic and uninteresting EP that shows close to none of the charisma and talent that make battle rappers successful.

The EP kicks off with “Oh My God,” a decently produced track that tackles the cliche concept of hustling and overcoming the haters. The track isn’t bad, just incredibly average and vague. Japanese Jesus drops bland lines like “I’m unfabricated, the most agitated, I make music to leave the world captivated.” “Blow” follows and doesn’t get much better. Once again, the production is competent, but the lyrics and concept fail. The hook covers guns blowing, weed blowing, and hoes blowing and the verses follow suit. The nicest line to be found is “she could get hit, like she was raised by alcoholic parents.” “I Don’t Even Care” is an improvement in some departments. The beat is a slower, horn and string driven banger and the hook singer has a whiny, but catchy element to his voice. Unfortunately, Japanese Jesus wastes his lyrics on generic and tired female putdowns. “Back Up Plan” gives us another catchy beat, with a rich female vocal sample stuttered into the beat with great results. The concept is again focused on the hustling aspect and Japanese Jesus doesn’t sharpen his lyrics much, but this song is one of the betters ones on “Oh My God.” “This Is Life” extends the positive trend, this time with a somber, reflective beat and introspective approach from the emcees. Japanese Jesus shows some promise here with a good storytelling verse that he ends with an interesting twist.

After five tracks, the EP ends and 4 bonus tracks kick in. As with the music preceding it, the bonus material is an inconsistent mix of valleys and peaks. “Shadows” is a dope track that gives us the same bragging found on other tracks, but with a little more lyrical edge. Statz Waterz provides a dope guest verse as well. “Bobby Heenan” gets points for making a wrestling reference, but the one clever reference gives way to a played out take on the D-Town Boogie/ Soulja Boy sound. “Get Yours” gives us yet another “back against the wall, we gonna hustle” track and at this point it’d have to be pretty spectacular to impress, but it is not. “Horsemen” ends the bonus material and the wrestling reference gets points again and this time Japanese Jesus actually gives us something fresh. Over the beat to “BMF,” he raps about thinking he’s different Horsemen with great success.

Overall “Oh My God” fails to make a good impression. From the played out themes and boring and uninspired rhymes, “Oh My God” misses every opportunity to shine. I dig 4 out of 9 tracks, which just doesn’t cut it, especially for a project this short. Technically, Japanese Jesus is a sound rapper. His flow is on point, but lyrically he trends towards the generic time and time again. Going back and watching Japanese Jesus videos on the battle circuit shows me that the man actually has some skill on the mic, yet none of that shines through on this CD. Whether Japanese Jesus simply needs more seasoning before making the transition to a recording artist remains to be seen, but from this album it’s hard to recommend his music.