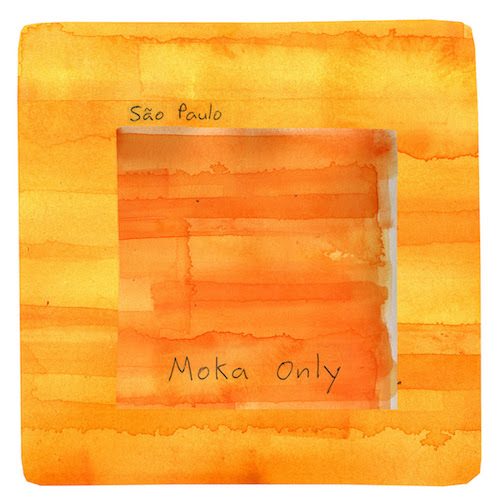 The extra prolific Moka Only may or may not go down as the hip-hop artist with the most albums in history. I’m sure that out there somewhere somebody you’ve barely heard of or know about is dropping a new mixtape every other day on their own website, and 50 years from now will be able to claim it in the Guinness World Records, but when it comes to dropping high quality hip-hop consistently on a monthly basis there are few people f—ing with Only right now.

“São Paulo” continues the trend, and as you might expect from the name, Moka Only intends this album to be a tribute to the country that for me is on the “bucket list” to visit. Truthfully though I know more about Brazil for its mixed martial artists than for its hip-hop, and if there’s a quality Brazilian rapper we should be looking at we’re always open to suggestions. Rather than try to explain what Only loves about the world’s twelfth largest city in my own words, I’ll just devote a paragraph to his own write up and thrown in a clip of the title track.

“This album is dedicated to all my people in São Paulo, Brazil (and all of Brazil in general). I have been blown away by the love and support Brazil has shown me. I watch and notice who gives me love and credit for my work. Thank you. (The title track) is one of the final tracks recorded for the project. I came up with this freaky beat and sent it to Jon (Rogers) in Columbus to jump on. We both took a more ‘freestyle’ approach to the raps, just vibing. I originally played cuica on the outro, but then I felt it was overkill so I axed it for the final mix.”

The curious thing about “São Paulo” is that just like me Daniel Denton has yet to visit the great city and country he’s paying tribute to. In the press sheet he writes “I hope to visit and perform in Brazil in the near future.” I have a feeling he’ll get to Brazil before I will unless I stumble into a lucrative gig covering MMA shows that comps my travel expenses. In the meantime I’m trying to identify the specifically Brazilian parts of this album and that may be a mistake. Moka gives some of the most detailed liner notes of any rap artist and that’s my own downfall, as I look up instruments like the kalimba (originating on the African continent) and get lost in stories about original versions of songs that featured Illa J having (metaphorical) sex with drums!!

Ultimately I abandoned this ill-conceived pursuit in favor of just vibing to the music, something Moka himself suggests you do in those same liner notes. “I leave it up to y’all to find your own interpretations and feelings from these songs. Remember every album is intended to be digested as a whole portrait from start to finish.” On that note let’s take “São Paulo” as a whole. The 18 tracks of this album are 36 minutes total combined, with a majority averaging between 2-3 minutes, with some short Dilla-esque instrumentals between. In fact “Dilla-esque” ends up being apt and not just because J’s brother Illa was brought up. Moka Only by accident or design (I’ll argue the latter) ends up with very jazzy Soulquariun sounding LP.