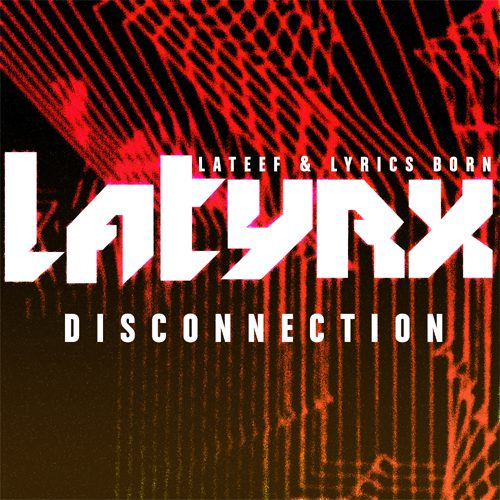 The original Latyrx album was one of the most profound hip-hop experiences I had in my college years. It represented everything to me that now gets labelled as “progressive” about hip-hop. Experimenting with unconventional flows and musical styles, Lateef and Lyrics Born were at the cutting edge of hip-hop, the sleeping California giant arisen – and one that seemingly decided to go back to bed while a generation of lackluster “trapping” emcees rose to popularity. Mourning their short career wasn’t necessary though given Lyrics Born continued on, but it made you wonder what they COULD have done if the market was there and their determination remained in tact.

“This is just practice, verbal gymnastics
Though if you cross that line it gets drastic
The level of skill involved, fantastic
Most emcees right now, all plastic
I’ll put yo’ career, in a casket
Results, fuckin around with Lateef, it gets tragic” – Lateef

“I was 16, Japanese with a jheri curl
Pair of corduroys and a bent sober herringbone
Acting very grown, smoking marijuana on the
merry-go-round, smellin’ like Perry Ellis
Tryin’ to touch them areolas, when she said grab her shoulders
I was very hard, like canary yellow diamonds from Sierra Leone” – Lyrics Born

If these two verses from “Rushin’ Attack” don’t seem to have anything to do with each other, that’s part of the magic and mystery of Latyrx. The union of these two rappers was kindred spirits moving in the same direction, even though their styles were distinctly divergent. Lyrics Born a/k/a Tom Shimura has always been an introspective, personal and insightful emcee who sees both himself and the world more clearly than his peers. He’s also got the ability to flip up his rap to a smooth croon on a dime. Lateef Daumont a/k/a The Truthspeaker first made his reputation on a cult classic single called “The Wreckoning” but outside of his partnership with Born and rare cameo appearances seemed a reluctant hip-hop star at best, tormented by his own talent and the expectations of his peers.

In theory “Disconnection” is just a taste of a full length album to come in 2013, and if so it’s worth salivating for. Despite the fact that over 15 years have gone by since their debut, you wouldn’t know the difference if you let one album end and the EP begin. “Call to Arms” shows their commitment not just to raise up their native Bay Area hip-hop, but to do what they did so well on their first album despite two different styles – speak with one unified voice as a duo on whatever happens to be their motivation. In this case it’s a call for human rights, a cry for dignity, a statement for equality that even inspires a brief cameo appearance by fellow California legend Boots of The Coup.

Six tracks really ain’t enough to satisfy me after so many years gone by. It’s a cocktease really, although the full length album is sure to be a satisfyingly orgasmic experience. You might think that level of hyperbole is crazy until you listen to “Disconnection” EP for yourself – then you’ll undoubtedly think I understated just how monumental this return to form for both emcees really is. If there was more material here I could give this a higher score – so the full LP is now a must-have!