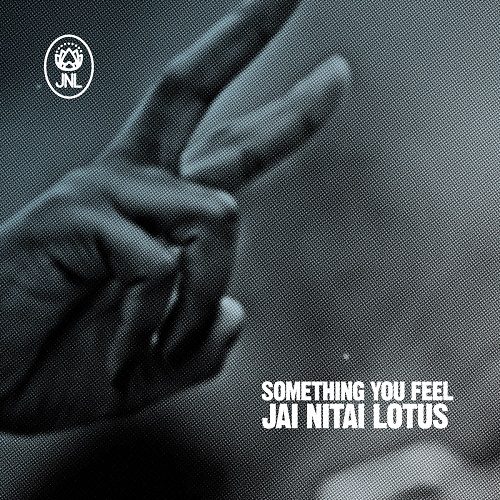 Jai Nitai Lotus :: Something You Feel

“Mingus get your clap on
Sunday night, prayer meeting, get your vibe on
Sing lullabies and song
Bad ones went wrong, possessed through the song
I zone out like a Sufi poet
Run circles around emcees and they know it”

Not many hip-hop artists pray tribute to Charles Mingus and his magic fingers these days, but Montreal-born Jai Natai Lotus decided to make a statement these days by saluting him on the opening track of his album. The two do have a few things in common – Mingus was a composer and a bandleader, and as a self-produced rapper Lotus can also claim to be the leader of his own band. They both have an eclectic style that critics will strive hard to define, which ultimately may not be summed up by anybody but the artist himself. Most importantly, both Mingus and Lotus are completely uncompromising about their artistic vision – it’s their way or it’s not any way at all.

Though Lotus has previously worked with the likes of Little Brother, Planet Asia and Moka Only at shows, none of them make cameos on “Something You Feel.” In fact to be honest the only guest stars I recognize are L.E.S. on “The Heat Stew” and the tag team of Georgia Anne Muldrow & Declaime on the song “Hard Times and Bless.” That seems fitting though, as someone who values the expressiveness of his music would not want to be sidelined on his own album by too many big names. To give credit where it’s due though, both Karma Atchykah and CeasRock make fine cameos on “Get Gone” and “The Barrel” respectively. Neither is one you’ll skip or fast forward on.

Even though Jai Nitai Lotus is clearly his own man, not wanting to be like anybody else in the industry or even anything like his own father (who gave up all non-religious music), one can’t help but notice a Declaime slash Dudley Perkins type tendency to both the production and flow on “Something You Feel.” In fact I found myself checking this CD at least three times during the course of listening to it just to make sure it wasn’t on the Stones Throw imprint. There’s a very California/Left Coast/progressive vibe to Lotus – and not something he should find upsetting as a comparison. His lackadaisical flow on “Moon And Star” could also put him in a Black Hippy or Odd Future camp.

The good and the bad of “Something You Feel” is that this is an album that relies largely on its vibes, and while they are intriguing and compelling, one doesn’t reflect back on a Lotus verse after listening and go “those were some hot bars he was spitting.” He relies on his musical techniques to keep your attention, such as dropping the audio levels on songs like “Mingus Clap” or “Moon And Star” to make you think the track is over, then bringing it back and making you do a double take. On “Alice Piece Peace” he opens with the words “I’m back with the rapping again” but after that he just rambles on in a stream-of-consciousness way about religion and emceeing without any punchlines other than “spit it off like a bad flu” and that just won’t do. Lotus is a musician I want to hear more from, but I also want him to tighten up his lyrics a little bit and make more concrete points in the future.