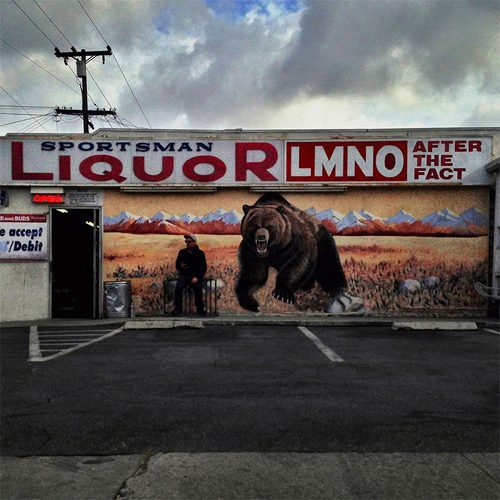 No matter how much (or little) substance backs up an emcee, give him/her some dope production and as long as they have a charismatic voice, that shit is Cool with a capital C. Unless you think Miley Cyrus is “cool”, there isn’t another genre where coolness factors so highly. Some rappers could read the phone book to a metronome and sound phenomenal. Others could recruit the lovechild of DJ Premier and Dr Dre and still crap all over it. The music, not the lovechild. LMNO is one of those rappers who has always benefitted from excellent production but perhaps relies a little too much on his “cool” delivery. If Evidence is Mr Slow Flow, LMNO is Mr Horizontal Flow â€“ the guy dangerously balances between monotonous and effortless.

If you’re not clued up on LMNO, let’s recap. His name is actually just a bunch of letters, pronounced individually rather than the preferable term â€˜LemonNo’. He was in the crew Visionaries alongside the likes of 2Mex and DJ Rhettmatic, and has been the busiest of the lot having released records on an almost annual basis since the early 2000s. For his latest release, LMNO has called upon the production wizardry of Dilated Peoples member Evidence, who has established his own style that while distinct, has a heavy influence from The Alchemist.

“After the Fact” carries on where Evidence’s previous work on “Cats and Dogs” left off, but instead of the infectious vocal samples has opted for more minimalist beats that often gives this album a sinister edge compared his earlier projects. There’s typically monstrous kicks and snares throughout each track, most notably on “On With The Show” and “All Things Pass”. Some songs feel more like Alchemist tracks than Evidence ones, namely the brooding “Back Burner”.

But what of LMNO’s “coolness” factor? Granted, the gruffness in LMNO’s vocals do lend some authenticity to his words, and he does deliver some memorable lines, but much of the content here is intentionally abstract. LMNO goes all Missy Elliott on us with “Dyslexic”, with some reversed rhymes on the hook and a suitably odd video. Much like Missy’s best work, it’s infectious and will have you in a trance despite the seemingly hollow rhymes. It is when Evidence delivers that LMNO does likewise, and “No Risk No Reward” is impeccably produced, with LMNO’s laid-back delivery and anthemic message matching the pounding piano-driven backdrop. Think Prodigy’s “Keep It Thoro” and you’ll get the gist. “1st & 4most” is another filthy bass-driven track with some baby pianos running rampant, but when you delve in to the lyrics, they reveal themselves as vaguely connected schemes that aren’t as well written as Evidence’s own work, nor as intense as Prodigy. Much of the album falls between something Evidence and Prodigy would make, but LMNO is not as grimey as Prodigy, and not as smart a writer as Evidence. He sort of falls between both without really excelling at either artist’s strengths. When the beat is tough, LMNO sounds nice, sometimes even dope, but when the beat falls short, LMNO just doesn’t have the skills to back up the mean demeanor.

With Evidence now working on a new Dilated Peoples album, it’s good to see Rakaa and DJ Babu appear on a few tracks (“On With the Show” even sounds like a Dilated song) but the majority of “After the Fact” relies on LMNO’s monotone. For much of “After the Fact”, the delivery suits Evidence’s grimy sounds, but becomes dreary when the production doesn’t quite hit the mark. So not quite the gem this could have been, but certainly worth a listen if you’ve enjoyed anything from Evidence or Alchemist over the past 5 years – and who hasn’t?