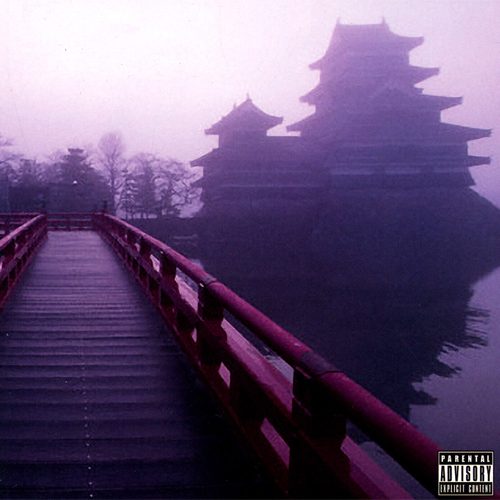 The Holographic Pagoda label has been hitting us up as far back as 2008 with Twin Perils albums for review as well as Lone Ninja and June Marx solo albums. There’s a very recognizable Wu-Tang Clan sound and style to the group, both in terms of their production and choice of movie dialogue snippets, but done in a way that resembles respectful homage as opposed to a style bite or a lack of originality on their part.

A decent sound and respectful homage is not enough to carry an album. Lone Ninja therefore presents a unique problem to the listener, as his lyrics are clearly well thought out, and executed in a mechanically acceptable way. In some ways his trademark lisp could even be given praise given it tends to remind a listener of Kool G. Rap or RZA. The flipside of that equation is that Ninja takes his rap and his delivery of said rap so seriously that he intones it in the most singular manner possible. Every word is delivered with a flat calm that is occasionally intriguing for the implied psychotic nature – as though Ninja was heavily medicated until the point he’s no longer physically or mentally capable of emotion. Otherwise songs like “Tranquil Mind” are unfortunately accurate in titling. “Mind elevation, and zen/divine revelation, transcend.” Boring delivery, must end. Some songs like “Warpath” (produced by 5 Element Ninja) do break through the tedium a bit.

“Yo Lone is raw, sound the war drums
Opponents fall down as sword swung
Awesome, kneel and honor me
More guns,in the armory
Frightening horror, strike your armor plate
Crisis, slaughter, I will formulate
Surviving, I never lose, I’m Ivan
The terrible, a titan, a general
The most high supreme commander
Some foes tried to flee from capture
You’ll meet disaster, destruction and ruin
Your fleet is battered, no luck for the humans”

I once wrote in a review that “it would be great to hear Lone Ninja laugh just once.” Rapping should if nothing else be cathartic for the rapper. Whether expressing some great joy or detailing some great tragedy, it should convey a feeling shared through the music to the listener, one which not only creates art but creates a shared human experience. It’s often debated whether or not rappers are “keeping it real” but in some respects that’s hardly the point – a complete fiction can still be an emotionally moving experience – ask anybody who ever made a great film or painted a beautiful painting if they had to make an exact duplicate of reality. The problem for Lone Ninja is that songs like “Apparition” have more charisma in their title, samples, and musical backdrop than in rhymes. Ninja raps like every word has to be real, which does make it real – real BORING. He works better in tandem with June Marx, where his weakness are hidden and strengths accentuated, but on his own he rises to a level of mediocrity that’s rarely exceeded.