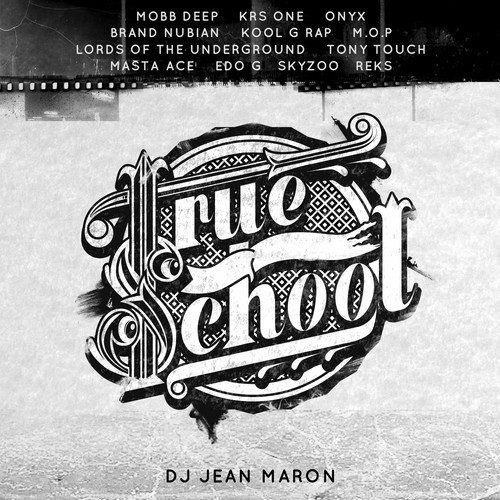 Being able to spot the difference is kind of important when you want to talk hip-hop. Of course you are free to rush to judgement, be a slave to your prejudices or parrot somebody else’s opinion. But there’s a good chance that you deprive yourself of making exciting discoveries – or at least distinctions that matter. That goes double for people like myself who publish their verdicts on a wider platform such as RapReviews.com. Next to getting the facts straight you have to be honest with yourself in order to be honest with the reader.

You see, I’ve grown sceptical of European producers who release these albums full of American features because in most cases they are virtual nobodies who haven’t paid much dues locally, but through whatever kind of networking manage to lure a bunch of East Coast artists onto their humdrum beats. Germany’s Snowgoons led the way and have since proved their worth, but they inspired too many MPC-tormenting hacks who have very little to show for. Dubious musical quality aside, what pisses me off about these projects is the insinuation that the only MC’s worth paying attention to (or making beats for) are American ones, even if it’s industry has-beens at a discount price or some random guy whose only distinction is that he is from Brooklyn or Queens.

I was prepared to say the same things about DJ Jean Maron’s “True School,” but after actually listening to it I had to backtrack on my preconceived notions. Yeah there are some of the usual suspects, the ship sails under the once honorable but often abused flag of ‘true school hip-hop’ (a term I believe originally coined by Afrika Bambaataa with the best of intentions sometime in the earlier ’90s), and frankly I had never heard of DJ Jean Maron before. But he surprised me with a solid album with a structure and a statement.

Working out of the petite Grand Duchy of Luxembourg, French native Maron recruits some of the biggest names of ’90s New York rap, some even qualifying as Golden Era greats. Any album that begins with a Kool G Rap cameo should have our attention, and while the opening notes of “Past to Present” consist of stereotypical classical strings that sound like a parody of some – non-existant – elitist ‘European’ take on hip-hop, boom and bounce are just around the corner, waiting to carry G Rap’s quick trip down memory lane and return to the present, topped off by an array of vocal cuts. Jean Maron doesn’t deny his deejaying background – “True School” actually has a DJ posse cut called “My DJ” where 18 of them get busy over a slapping and tumbling groove, including Tony Touch, Spinna and Statik Selektah, a bunch of Frenchmen, Belgian legend Daddy K and even Luxembourg representatives Roy de Marco, Kwistax, Deezdaze and Nikkel K. Did I mention that it’s set up with a Fresh Prince sample from the DJ classic “The Magnificent Jazzy Jeff”?

Part of DJ Jean Maron’s method seems to be to give his guests their personal space. The beats aren’t strictly tailored towards the rapper to the point where you’d think you’re listening to an old fashioned mixtape with the latest singles but they’re familiar ground for all involved. KRS-One rocks a combination of Jimi Hendrix guitars and Marley Marl-style stabs on “True School” doing his thing as usual, solidifying his standing as a rap authority for the umpteenth time.

With “For My People” the Lords of the Underground are serviced with a punchy production that actually slightly predates their 1993 debut with an uptempo funk track more representative of the headbanger than the headnodder era. Notice how Maron still slyly references “Chief Rocka” when he samples both Mr. Funke’s “Make the people say ‘Ooh-ah'” and the Alvin Cash & the Crawlers bit that goes along with it. Onyx also rap over a beat not quite typical for them but still typical for hip-hop as the voluminous funk of “Get Up” is basically a straight jack of the Dramatics’ “Get Up and Get Down.” It’s probably a touch too euphoric for the always sinister Sticky Fingaz, but fits Fredro Starr’s traditionalist verse even as he’s just as unrelenting as his partner:

We can take it as a sign of respect towards the host and appreciation for his beats when the guests reach their target. Ace and Edo bring their seasoned reflections to “It’s Too,” while Fame and Danze have to handle a sample that once graced massive Fugees and Missy singles. Even as Jean Maron’s rhythm section is seriously lacking here, “You Can’t Hide” is still vintage M.O.P. and the 50 Cent soundbite worked into it serves as a reminder that M.O.P. and G-Unit really should have been a winning combination back in the mid-’00s:

“I’m on the graveyard shift, where I always am
Hopin’ to catch a joker slippin’, got it in my hand
Dude at the stoplight might have it for me
From the passenger side… (Whaddup, homie)
That watch chunky as fuck, the canary in your ear
tells me you got some paper – tell me you wanna share
Tell me you got my stimulus package for the year
Say it’s materialistic and you don’t really care
Say you gon’ play ball and take the Beamer out of gear
Or I’ll splatter your shit on the dash and leave you right here
Dude, the slightest move’ll get you to the mausoleum
Keep your hands on the wheel where I can see ’em
You ridin’ round with all this money, with all these jewels
You all outta town makin’ all these moves
When you come through Brooklyn, don’t act like you don’t know me
Throw it up, holla atcha boy like (Whaddup, homie)”

Like M.O.P., Mobb Deep have also been on an industry odyssey (that included a stop at G-Unit as well), so “Itinerary” makes perfectly sense, the traveling theme reflecting musically in Jean Maron’s track. The navigation system commentary is a bit gimmicky, making the bonus track “Time Switch,” which replaces the GPS guide with verses from Benefit and Rap P, a welcome alternative.

Up to this point the big names make that “True School” stays in the swing of things. The one song that surpasses all realistic expectations comes courtesy of Brand Nubian. Lord Jamar may have recently branded himself as the ‘conservative voice’ of hip-hop, but that doesn’t prevent him from delivering the standout verse on a standout song, an insightful look at an interracial relationship during segregation. Sadat X and Grand Puba set their Romeo and Juliet stories in different situations (Muslim/Jewish, poor/rich), and combined with JTronius’ wailing backing and Jean Maron’s sparkling track “Forbidden Love” is a strong reminder of the quality songwriting still found in the works of older rap representatives.

Reacting to the advertisement of a double CD and double vinyl edition, some wisecrack commented that ‘this must be for the old school heads because young heads wouldn’t know what to do with a CD.’ DJ Jean Maron would surely point out that his project is for everybody with an appreciation for hip-hop in its purest form, because that’s what the term ‘true school’ implies. But it’s evident that people who are familiar with the featured rappers will most appreciate “True School.” For some, the sound may be too clean and the samples too obvious, but it’s also warm and melodic. There’s a pointless hidden track before the bonus tracks, but at the same time you will be hard pressed to name a similar recent album that is so attentive towards its guests that it lets two students of the masters (Reks and Skyzoo) weave the events together in two acapella interludes. Bottomline, this is a worthwhile effort for those who still fondly remember their school days in the 1990s and those ‘young heads’ willing to be schooled by ‘old school heads.’