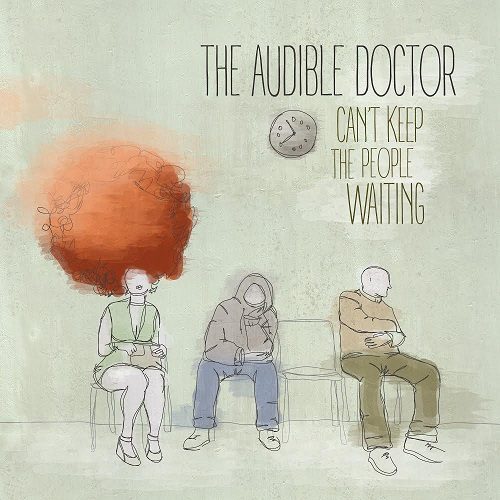 A doctor that doesn’t keep his patients waiting? Now that’s a policy I can get with, particularly in 2015 where us hip hop fans digest music at a rapid rate. EPs are becoming a frequent fixture in the release schedules, and it’s only right the producers get involved. Audible Doctor has brought along some emcees to rhyme over his beats, and chances are if you recognise names like Guilty Simpson and Hassaan Mackey, you may have heard Audible Doctor’s production before. What’s notable about this release is it sees the Doctor prescribing some rhymes to his fans alongside the beats.

Going toe-to-toe with somebody as vicious as Bumpy Knuckles on “The Beast” takes some balls, and while Audible Doctor isn’t going to be cracking anybody’s Top 5 Emcee list, he holds his own. If anything, this project isn’t about emcees decimating dope beats, but complementing them. Whether it’s Hassaan Mackey on “Chocolate Covered Liar” saving an incredibly sickly hook or the rarely heard Consequence on “No Future” boasting over a heavy production from the Doc.

Arguably the highlight of this EP is Guilty Simpson’s performance on “Leave Me Alone”. Much like the underrated “Ode to the Ghetto” (overrated by us perhaps?) and the bombastic “Dice Game”, Guilty sounds excellent over crashing soul loops and heavy drums. It’s nothing more than a song about preferring to be left alone, something that Audible Doctor could just about pull off if he did decide to record a solo record.

href=”http://store.audibledoctor.com/album/cant-keep-the-people-waiting”>Can&#39;t
Keep The People Waiting by The Audible Doctor</a>

Despite splitting his talents between rhyming and producing on “Can’t Keep the People Waiting”, the latter has not suffered. In fact, the song “Multiply” sees him outshine underground favourite John Robinson, perhaps suggesting that the Doctor could be prescribing an LP of his own in the near future.