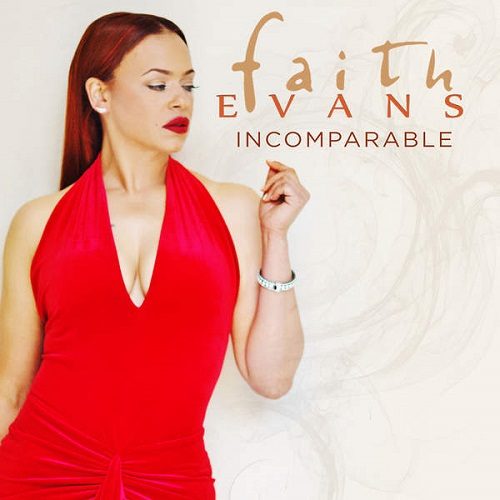 It’s probably not a good look to admit your crushes on a website that casts a critical eye over rap music, but in the early 2000s, there were two singers who got this scrawny white boy through puberty: Christina Milian and Faith Evans. While the former is an obvious answer (and she remains stunning), I always preferred Faith’s music and the way she maintained a distinct combination of gospel, soul and Hip Hop on her albums.

While I’m ruining my reputation, I’ll admit that I enjoyed Bad Boy Records in the early 2000s, particularly their R&B releases. I couldn’t care less for Ma$e, G. Dep or Diddy, but Mary J Blige’s “Love & Life”, 112’s “Part III” and Faith Evans’ “Faithfully” were fused with enough Hip Hop that I enjoyed them more than anything Bad Boy was releasing that WAS Hip Hop. Faith Evans’ “Faithfully” in particular, was full of Hip Hop beats and was largely devoid of Diddy’s irritating adlibs. Buckwild, Havoc, Battlecat and The Neptunes all contributed to “Faithfully” and while it remains very much an R&B record, it satisfied two audiences.

Faith Evans has been releasing albums since her split from Bad Boy Records (in 2003) that have kept her loyal fanbase satisfied without ever reaching the heights of her early career (critically and commercially). Faith could quite happily retire and live off of the royalties that come in from “I’ll Be Missing You”, but her voice would be missed. Her latest release “Incomparable” is quite the statement, but is bolstered by some of the best tracks in Faith’s career, thrown in with the usual odes to love and men. “Incomparable” is noticeably positive in its themes, often steering clear of the standard “I want a bad boy, Oh he cheated on me, again” nature of many female R&B albums.

As much as I love slamming my head to some Onyx, I’d just as easily catch wreck to the song “Incomparable”, a pop track with a rapid BPM that’s closer to music from groups such as The Saturdays. This formula is applied again with thumping kicks and snares on “Really Wanna Do” that combine with a ridiculously catchy hook (despite it being Faith saying she really wants to f**k somebody). “Make Love” is a little less blunt, but it’s the songs that aren’t about Faith’s nymphomania that end up being the better songs.

While “Good Time” could have had a better emcee than Problem, Faith is in her element as she goes all out over a beat as funky as anything Duke Westlake or Apollo Brown could have supplied. “I Deserve It” has been doing the rounds for over a year now, and it remains a strong single. Hearing Missy Elliott on the mic again is a treat, and shows that she can still offer something to the genre in 2015. A new Missy/Timbaland album would be highly anticipated, and it’s great to hear they are working on new music together.

Hip Hop Soul is a genre that never gets the respect it deserves, instead being remembered for how every mainstream album in the late 90s/early 2000s had to combine two genres that, at the time were polar opposites. Rapping over R&B was, and still is deemed soft yet singing over Hip Hop beats seems to get dismissed just as quickly. “Incomparable” is a return to form from Faith Evans, and much like Mary J. Blige’s “The London Sessions”, deserves to be heard more than it has.