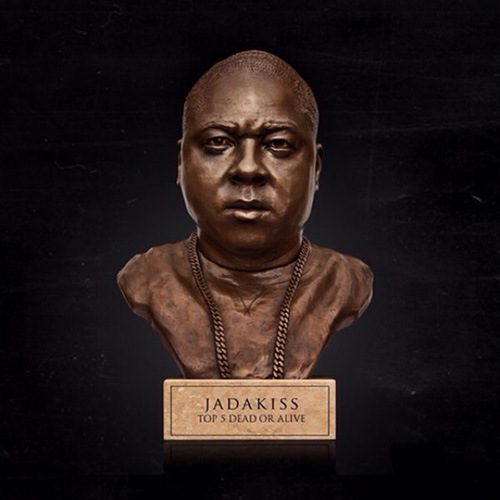 Jadakiss is not a “Top 5 Dead or Alive emcee” – there I said it. He doesn’t have a classic piece of work, either solo or as part of The LOX. Considering he has been active for two decades, that’s a lot of missed opportunities. Any list of five best emcees looks at the elite guys who have released classic material on a consistent basis. Pharoahe Monch and Rakim are two who are levels above Jadakiss for a start. When you throw in names such as Biggie, KRS, Nas and Jay-Z, it can be argued that Jadakiss isn’t even a “Top 5 Dead or Alive” in New York alone. But this isn’t a piece about mine or anybody’s Top 5 list, as it can vary wildly and cause endless arguments. My point is, to put yourself on that pedestal without any real evidence is supremely cocky, but then emcees have been claiming to be the best for years.

Excluding the “Intro” Jadakiss has a guest on all but one other song. That’s madness when this album is considered a comeback project from one of the greatest emcees of all time. It’s as if Jadakiss knows full well that his claim is unrealistic and has had to enlist some superstar names to give it some level of legitimacy. Despite my reservations from first impressions, there’s some good music on “Top 5 Dead or Alive”. When Jada sticks to his traditional formula, he sounds infinitely more natural than he does trying to fit in with Future on “You Can See”. This track won’t convert any Jadakiss followers to Future’s style of incoherent slurring atop ear-splitting bass, and sits uncomfortably between two strong tracks in “You Don’t Eat” and “Y.O. (Youthful Offenders)”. The former is classic Jadakiss, throwing down one-liners atop a brash, cinematic Swizz Beatz instrumental that harks back to New York gems such as Fabolous’ “Breathe” and Fat Joe’s “300 Brolic”.

Akon joins Jada on “Y.O. (Youthful Offenders)”, bringing back memories of Styles P’s “Locked Up” from over a decade ago. The Akon-produced instrumental shows Jadakiss has an ear for strong production, something that helped previous singles such as “Time’s Up”. The reliance on hooks is nothing new on Jadakiss albums, but “Main in the Mirror” shows that the man that claims to parallel park on the track is capable of delivering a good one himself. Another strong song is “Ain’t Nothin New”; which is precisely the type of track I want to hear more of from Jadakiss, with its Neo-Soul influence from Ne-Yo and a Buda/Grandz/Beat Butcha beat that has just enough of a filthy quality to it.

Lil Wayne’s tasteless “She had cancer, I had to hit her with that chemo dick” is either hilarious or offensive depending on your experience with cancer, and overshadows a decent collaboration on “Kill”. It also helps to highlight how Jadakiss isn’t stealing songs any more. His performance is consistent throughout this album but never reaches excellence – the levels needed to be a legitimate Top 5 emcee. For many, he was the one you waited for on a LOX track, the verse you anticipated on a Ruff Ryders collaboration. Even the Styles P duet on “Synergy” feels like a chopped up “We Gon’ Make It” with neither really tearing the track apart as they once would. These formulaic moments are what hold the album back: a weed track with Wiz Khalifa (“So High”), a hugely dated Swizz Beatz effort in “Jason” and some skits that should have been left in the 90s. Even the metaphorical “Rain” which features Nas feels antiquated, shoehorned in at the end of the album as an afterthought.

The problem with “Top 5 Dead or Alive” is its attempts to appease all types of Hip-Hop fans, and never really rewarding any. Older heads will appreciate the nods to earlier records but simultaneously be underwhelmed at the new takes on them. New listeners will enjoy the solo tracks that showcase Jada’s lyricism and unique, nasal flow, but there just aren’t enough of them. The collaborations are too frequent and too few feel natural, leaving Jadakiss with the same problem he had before – consistent emcee but inconsistent LP.