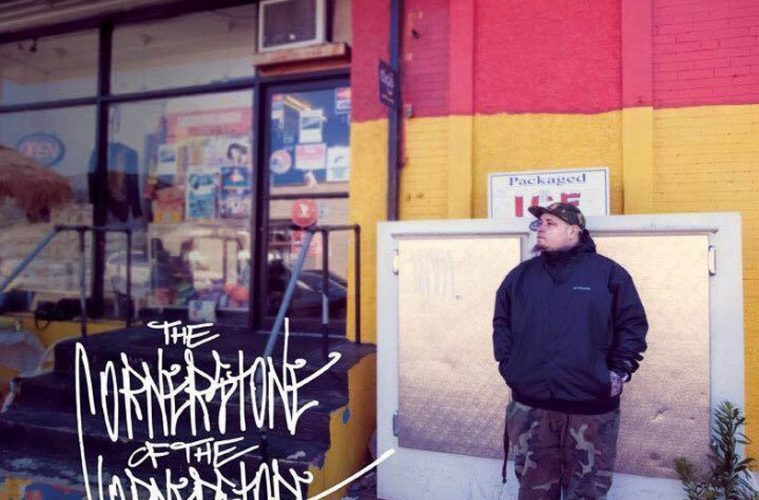 Vinnie Paz :: The Cornerstone of the Corner Store

Given how miserable 2016 has been, there’s a noticeable lack of angry rap music. Thankfully, we can always rely on Vinnie Paz to provide that brutal, ruthless aggression and “Cornerstone of the Corner Store” is a return to form, as good as, if not better than his debut solo work “Season of the Assassin“. One of the primary reasons for this is the more calculated selection of instrumentals, favoring gritty minimalist melodies over heavier, cinematic sounds, as well as being the most experimental I’ve heard Vinnie in years.

The passion remains in Vinnie’s voice but some of the energy has drained, which isn’t surprising given the length of time that he’s been rapping so viciously. What I like about this LP, particularly the first half, is the grimy, barebones production on songs like “Philo: Metatron: Wisdom” and the Buckwild-laced “The Void”. “There’s a preciseness to Vinnie’s flow too, showcased on the thumping collaboration “Limb From Limb” alongside the underrated Ransom.

If anyone ever questions whether Vinnie Paz is all bark and no bite (you’d be mad to do so quite frankly) Ð play this track. I wouldn’t mind hearing Vinnie Paz do a collaborative album with Ransom as they have a good chemistry – akin to how Esoteric added an extra dimension to his 7L collaborations by bringing in Inspectah Deck. Speaking of Wu-Tang members, Ghostface Killah joins Vinnie on “Herringbone”, a stellar reminder why Ghostface’s unique choice of words and that trademark tone sound so damn good over energetic production (which his latest albums have lacked).

An infatuation with weaponry remains ever-present, although there’s a welcome return of the ludicrous historical references usually reserved for Jedi Mind projects. They don’t exactly lighten the mood, but bring a bit of excess and fantasy to prevent the violence and intimidation from getting too serious. “Gospel of the Worm” has arguably the most vicious verse, delivered with a passionate, scathing intensity that completely usurps Ras Kass’ guest feature (no mean feat given his lyrical reputation). With thirteen guests, it’s a busy record but does take an interesting diversion, with Vinnie dangerously treading the grounds of “singing” on “Yev Kassem”.

“Ninety Ninety Three” is a nice 90s throwback moment, with Vinnie rapping a more laid back, cipher-like style rarely heard before. “Writings on Disobedience and Democracy” is a common technique that Vinnie Paz uses on his solo material – after all the hyper-violent war cries that make up the majority of the album, there’s a closing song taking a more thoughtful analysis of wars and society’s injustices. It may be hypocritical to many, but I like to view it as a sense of consequence and the dawning of realization – as if Vinnie is looking down at all the emcees he’s just savagely butchered, questioning how we got to this situation in the first place. And hey, he’s not actually punching holes in people’s chests, Story of Ricky style. Right?

The tracks I’m not particularly keen on are ones that lack a sharpness musically. “Alcapurrias” and “Hakim” both utilize electronic bleeps, as if Vinnie put an emcee’s head through a Space Invaders cabinet and sampled the resultant noises. It’s more tolerable on “Blood Addiction” as it feeds in to the conceptual, horror-ised theme of murder, but there’s definitely an element of ineffect on those songs.

Perhaps it sounds better because consistently good, hardcore rap albums are few and far between these days. Either way, “Cornerstone of the Corner Store” remains a strong example of intense, chest-puffing material ideal for blasting loudly to gee up you and your boys (or girls). It’s harsh, it’s politically incorrect at points, and it’s not going to convert those that aren’t in to Vinnie or his Jedi Mind Tricks work, but if you’ve taken a break from Vinnie’s music or want something more aggressive than 99% of what’s out there, this record will scratch that itch, for sure.