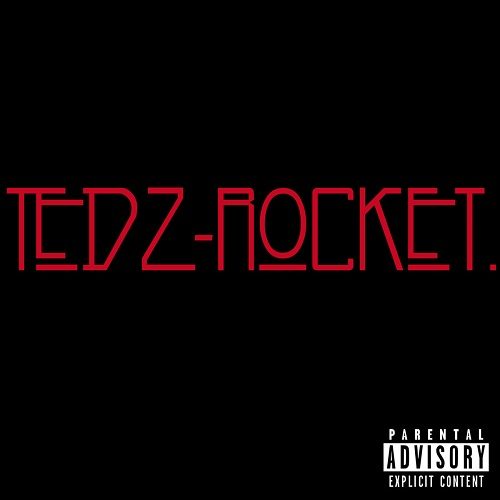 Two seconds into the self-titled album from Tedz Rocket I was catching flashbacks to a hip-hop classic — “Tonight’s Da Night” by Redman. The sample from Isaac Hayes’ “A Few More Kisses to Go” is exactly the same, just not sped up as much.

It’s more than just a coincidence though. The song is called “Today’s the Day” and the hook references and rewords the Redman snap “Tonight’s the night baby, so suck up on deez” (presumably nuts). Then they take it one step further when the first verse opens up “You motherf–kin right, today’s the day”. Gentlemen (I’m addressing both Infinite P and Rank Nubah), if you’re going so hard to remind me of Reggie Noble, you’re reminding me that I’d RATHER be listening to Funk Doctor Spock instead.

This is just one of many problems with “Tedz Rocket“. While I don’t mind leaning on classic R&B and funk samples to create hip-hop, the context of the usage is of great importance to the end product. When a classic emcee puts a stamp on a sample that’s hooked up in a beautiful sounding way, the new song itself becomes a classic. The samples used by Tedz Rocket (and their unnamed producer, though I’m assuming it’s self-produced) don’t seem flipped, rearranged, or even cleaned up in any way. They just seemed to be slapped down in the studio like “here, use this.” The simplicity of this presentation is compounded by an overly overt tendency to reference hip-hop classics both as punchlines and hooks. “Real Scoop” creates the same problem as “Today’s the Day” in a different way — it’s not the sample that makes me want to listen to “Scenario” instead, it’s the bar they lift directly from the late Phife Dawg.

I appreciate they love the classics as much as you or I do, but does anybody want to buy an album of you or I rapping? At least in my case I can say ABSOLUTELY NOT. That’s the feeling I get repeatedly from Tedz Rocket. Infinite P and Rank Nubah sound like enthusiastic hip-hop fans with an iMac and a copy of GarageBand. Those are dated ways to produce and release an album, but it’s not inappropriate to suggest they are doing it exactly this way when you listen to it. The vocals seem poorly mixed. The bars feel like they did one take and deemed it “good enough.” The samples as noted lack any feel of originality, and if you didn’t guess the hook of their video just by the title of “Da War Goin’ On” was a line from Mobb Deep, I’m disappointed.

At least the title of their lead single/video on YouTube confirmed what I already suspected — Tedz Rocket is self-produced. Unfortunately “Da War Goin’ On” was a poor choice to lead off the album. Even though it’s a more original sounding beat than most of their samples, that doesn’t make it GOOD. It’s actually painful to listen to. Imagining them performing it live makes me picture myself running to the bar for a shot and a beer and hoping that the line is so long they’d be done before I get back. If it sounds like I’m s–ting on Tedz Rocket then yeah, I suppose I probably am, but there’s an undeniably amateurish presentation over the course of 31 minutes that if I was them I’d want to have rethought before releasing it to the world. Ending the album on “Fly With Me” was a huge mistake because of the Atlantic Starr “Let’s Get Closer” loop. It immediately made me wish I was listening to Warren G, AZ, The Luniz, or even “Closer Than Close” by the late Nipsey Hussle (RIP), and just left a sour taste in my mouth about the whole thing. P, Nubah, try harder.