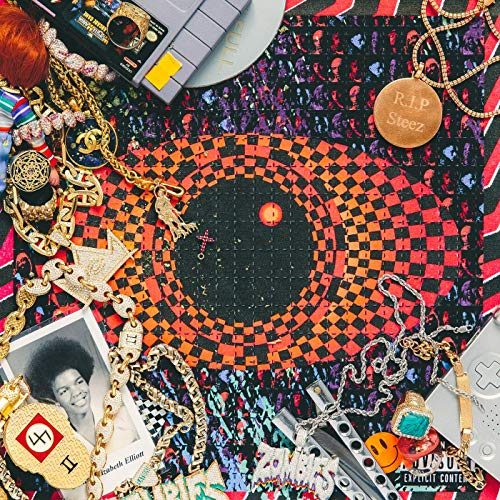 The term “super group” is abused to hell and back by anyone stuck for a way to describe artists working together. I’m no exception. As recently as last month I described Epic Beard Men the same way. Perhaps it’s simply too tempting to use “super” as a superlative to describe the gestalt effect of artists becoming more through collaboration than they were on their own. This doesn’t always happen though and assuming every collaboration is “super” creates a dangerous precedent as seen by The Firm. On paper that much talent (Nas, Nature, AZ and Foxy Brown) should have created a legendary album, but the project was a flop IMMEDIATELY after release.

For that reason I’m going to be more diligent about how I use the term “super group” going forward. For better or worse though every description of Beast Coast seems dead set on using that term. “Dead” you say? The Flatbush Zombies are a core part of this collaboration from its inception. The collective also includes Pro Era crew best known for its leader Joey Bada$$ and a non-zombified Flatbush group called The Underachievers. That makes a posse of no less than 10 contributors to “Escape From New York”, so you could in theory field a baseball team with this lineup with one man to spare. You’d have no backup though if anybody got hurt, and the Beast Coast is definitely playing to injure their opponents. The very first words you hear on “It Ain’t Easy, It Ain’t Easy” are Zombie Juice saying “Bitch I’m a hustler, flex like a wrestler”. It’s a bass heavy verbal suplex.

“You see my reflection (‘flection), I need a whole section (section)
Bottles and bottles and bottles and bottles, I know it’s excessive (‘cessive)
She call me a jerk, she getting rejected
Spent that dough, I get injected
Keep that toolie undetected
I keep count of all my blessings
Get in tune or disconnected
Look, you see in my eyes, I’m not lazy (lazy)
Beast mode, you can’t tame me (tame me)
Never sold my soul, are you crazy?
I’m on the road with the gang — Beast”

Even when Meechy is being sensitive he’s still pleasantly rough around the edges. “Far Away” is smooth enough to be a crossover song but I suspect getting around the explicit language would make it hard — but that didn’t stop A$AP Rocky from doing it with “F****n’ Problems”. Meechy steals the spotlight here though with his unapologetically crass ode to a fine woman

That’s not to say the other members don’t shine. Joey addresses his critics and doubters right in the opening of “Rubberband” with the words “They say I’m criminally underrated/Top 5 (nah), more like the f****n greatest”. On “Puke” Erick The Architect says “Beast Coast ball hard, we don’t need a deal” even though the album is being distributed by Columbia Records. Of course it’s that degree of cockiness that got them a connect in the first place. Another cliche of massive collectives is to compare them to Odd Future, but if there exists a better East coast group to fit that mold show it to me. They do for New York what OFWGKTA did for Cali. They’ve got swagger for days, can flow on just about any topic, and back it up with songs like “Desperado” that will rattle car windows on any city street.

Speaking of swagger, Joey Bada$$ says “I ain’t ever read no bible (no bible)/Wish I never met my idols (my idols)/Meet ’em and they all turn rivals (turn rivals)/Hard flows, comin’ for the title.” Even though the group peppers in pop culture references from The Matrix, Rick & Morty, boxing, pro wrestling and more, it isn’t so much about what they say as HOW they say it. You can’t really draw profound conclusions from an album like “Escape From New York” and I don’t think you need to either. There’s no Snake Plisken in this movie and they aren’t really trying to “get out” so much as they are trying to get this album out to the masses. Forget a “super group”, this group IS super.