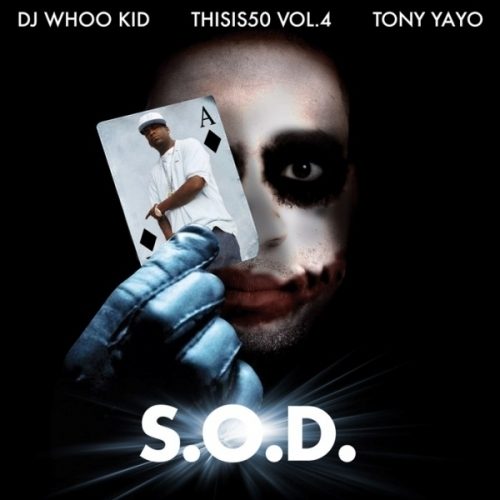 Officially speaking Tony Yayo had one solo album and one G-Unit album. Unofficially speaking Yayo was featured on G-Unit mixtapes before and after Curtis Jackson blew up commercially. Unfortunately for the G-G-G’s there has always been a tendency for anything 50 Cent does individually to outshine the entire crew collectively. It’s not as though Jackson didn’t do everything he could to show love, even inviting Young Buck to return in 2015, but through no fault of his own 50 has a charisma and personality that only Buck seems to come close to. The other thing that has hurt the Unit is the various criminal charges the members have faced, including the jail bid that caused Yayo to miss recording most of G-Unit’s major label debut. While Jackson has had his own share of criminal and civil litigation to deal with, he’s keep his head above water and settled most problems with fines or probation. That enabled him to keep his star shining even in dark times.

Once you move outside of “official” albums there’s a wealth of mixtape releases to look into. For Marvin Bernard I can find well over a dozen and there many be twice as many. The closest to a detailed accounting I can find lists NINETEEN and ends in 2015 with “El Chapo 3”. He’s been quiet since that time, which may or may not coincidence with the aforementioned G-Unit reunion that year. I’m not sure it was the success any of the rappers involved had hoped for, because Lloyd Banks left the fold in 2018 and the reported lineup of the Unit is now 50, Yayo and Uncle Murda. We’ll see what if anything comes from that trio this year, but in the meantime I decided to step back in time and see what Yayo was up to on his “unofficial” albums.

There’s good news right off the bat due to the fact “S.O.D.” is a sponsored mixtape on DatPiff, which means you can download it for free without being a member or doing anything extra. It also carries the G-Unit Records imprint despite having never been (legitimately) printed and sold in stores, which is about as close as you can get to a stamp of approval from 50 Cent. He does one better than that though and contributes a full freestyle called “All I Wanna Do” set to the beat of M.I.A.’s crossover hit “Paper Planes“.

For the rest of the album Yayo is left largely to his own devices, though he does feature a large variety of guest stars throughout the mixtape. It’s worth noting that out of 15 tracks totaling 35 minutes and change, there are four that can be discarded as not being songs. Yayo is fascinated with a “Joker” personality on “S.O.D.” (short for “Swammies On Deck”) and samples the cackling laughter of Heath Ledger throughout, and for the skits he lifts direct snippets of dialogue from “The Dark Knight” liberally. There may at one time have been a “Menace II Society” skit featuring O Dog which did the same, but by the time I got this mixtape it was deleted, undoubtedly due to a complaint from New Line Cinema. Warner Bros. probably could have taken similar action to over the unlicensed Batman audio but never bothered to.

As for those aforementioned guests, French Montana and Max B make their presence known on both “Do It Right” and “Gang Life” although the former is credited as “Frenchy” in each case. The standout cameos though have to be Nyce Da Future and the late Prodigy of Mobb Deep on “Come Out” as well as Maino over the hypnotic bass line of “Southside to Bedstuy”.

When Yayo holds the spotlight all on his own it can get problematic. “Catch a Body” is no more or less sophisticated than its title would suggest. Given the numerous times Yayo caught charges over illegal firearms there’s no doubt he totes (or at least did in the past) as many guns as the song suggests. The only clever thing he does lyrically though is reference Special Ed’s “I Got It Made” and I suspect that reference went over a lot of people’s heads. There’s also a shot at the Terror Squad in the first verse which I can only read as Yayo showing support of 50 due to his beef with Fat Joe.

The rivalry between 50 and Joe would encompass many interviews and many songs over a variety of albums and mixtapes, but simply saying “f*** Terror Squad” doesn’t count as a highlight — it’s more of an afterthought. In fact even though I was hyped going into this review thinking I’d discover some forgotten gems (the songs with Prodigy and Maino were at least worth the time) it actually wound up reinforcing why Yayo was the least featured soloist out of the original Unit. While 50 had the personality, Lloyd Banks had a gruff but sophisticated charm, and later Tennessee recruit Young Buck had swagger for days, Yayo had a membership card.

Yayo’s verses on G-Unit’s group tracks tend to be the binding to stick songs together, but it’s more like Elmer’s Glue than Gorilla Tape (pun intended). He does make good on the earlier Special Ed reference by freestyling over Ed’s beat, but bars like “My name is Tony Yayo, drive a European car/Fly to Paris, I’m a European star” only serve to emphasize how Special Ed was by comparison. A Tony Yayo rap usually reads like a laundry list for a gangster rapper: I f***ed a b***h, I sold some dope, I caught a body, I bought a boat. It’s not a credibility issue for Yayo. Even if he’s exaggerating for musical purposes every word comes off as believable while simultaneously not that interesting. I don’t need rappers who read lists of their conquests, I need rappers who tell interesting stories about how they ACHIEVED their conquests. Yayo is ultimately better served by mixtapes than full length studio albums, because he doesn’t have enough stories to fill one.