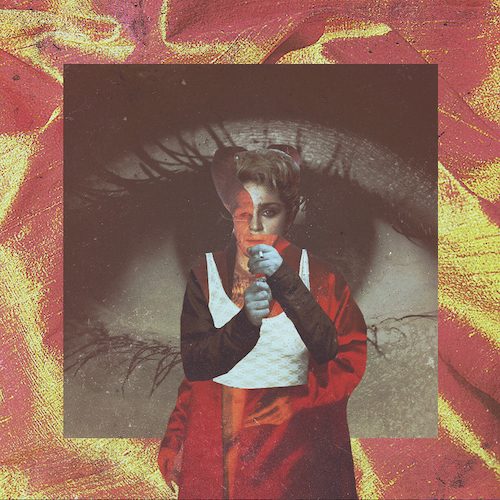 San Diego rapper/producer/label owner SCVTTERBRVIN (pronounced Scatterbrain) embodies the DIY aesthetic of today’s underground rap scene. The dream used to be to get signed to a major label like Def Jam, Jive, Capitol or Priority. These days the dream is to get your product out there on your own terms, try to get it to blow up or go viral, and only sign with a major if they can make you more money than you make on your own while keeping creative control through your label as a subsidiary. It has empowered hip-hop artists to a great degree while simultaneously making it 10 million times harder to break through. Every label run by an artist/producer is competing for the same finite amount of exposure, and every website run by a writer/journalist is competing for the same finite amount of eyeballs. There aren’t enough eyes to go around for everybody.

For the “Purgatory Heaven” EP, SCVTTERBRVIN made the wise decision to turn over production to Newark, NJ’s own Revenxnt, who also directed the “Supreme Bricks” video seen above. That takes the pressure off of the multi-faceted multi-talented SCVTTERBRVIN to do it all and allows him the luxury of just rapping and releasing the album on his Red Lotus Klan imprint. This also gave him the time to pick out artists he wanted to do features on this short release including Leon St. Heron, Squeegie-O and his own brother Odessa Kane on the track “Blue Flame”.

Coincidentally this is also my favorite track of the whole EP, which is probably helped by the fact I’ve heard guest features by Kane on several releases over the years and enjoyed his work. To be honest I’ve never thought “I need to hear a whole album of his work” though given he outshines his brother on this boom bap piano laced track, I may be reconsidering that position. That may be the single biggest drawback that SCVTTER has as an emcee — charisma. On tracks like “Supreme Bricks” he sounds like a missing in action member of Odd Future, growling like Tyler, the Creator with the vocal tone of Earl Sweatshirt, yet he has none of the magnetic appeal of either. “Hunnit Stacks” also illustrates this problem.

Given the entire EP clocks less than 20 minutes it’s easy to walk away with the feeling SCVTTER simply didn’t have enough time to show us his true self. Sometimes the downside of having so much creative control is that nobody can say s**t to you. An outsider looking in might have said “Hey SCVTTER do a few more tracks, do a few longer tracks, and spread out the features so that people hear more of you and less of them.” If he were taking advice from me (and he shouldn’t) I’d say do an album with his brother Kane and then branch off from that to drop a solo EP and a few albums afterward. For all I know he’s already done that in the past because this is my first time checking him as an emcee, yet he’s been Mr. DIY artist/producer/label owner for a while now. I’m left nonplussed and I just want to ask SCVTTER “Where you going with this s**t?” With a little more energy, enthusiasm and overall material than this EP I might be able to tell.