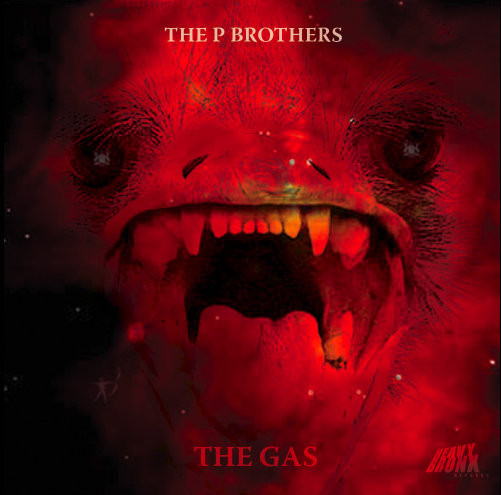 The P Brothers :: The Gas

It’s hard to believe it’s been a decade since the final issue of Hip Hop Connection was on store shelves. Despite being a British publication, it was the first magazine focussed on just hip hop and for the most part, never fell off. The amount of music it put me onto was unreal, and it was always the connoisseurs’ option alongside the glitz and glamor of The Source and its premium import price tag. It was always about the music and while it flirted with mainstream artists in the post-millennium, its reluctance to pander to your Weezys and Jeezys inevitably limited its audience. Hip hop had changed immeasurably since 1988’s first issue, but it will always hold a place in many British hip hop fans’ hearts. One day I’ll get around to archiving my issues.

In 2008, P Brothers’ “The Gas” was voted 2nd best album of the year by HHC readers and I’m surprised it hadn’t been covered by one of our writers previously. The P Brothers are two middle-aged white men from Nottingham, whose production style was pure and purposeful. They, like many jaded fans, yearned for the New York hip hop that defined the genre. So they set out to make a record that felt and sounded like a classic 90s hip hop record. And you know what? They succeeded.

The production is exemplary throughout – it’s easy to see why HHC readers rated it. Simply put, it knocks like few records do. It also has Roc Marciano on a couple of tracks the year before he put out “Marcberg”.

“Outta Control” possesses a hypnotic bassline that never lets up. Roc over hard drums is his best era – as great as his later records are they don’t touch that pocket flow he used to run rampant over “Petestrumentals” (2001) and “U N or U Out” (2004). But the track “Caviar” is the album’s peak, with a beat cooked up with precision and boasting just the right amount of menace.

Milano holds down four tracks and I’m guessing The P Brothers wanted him for his heavy accent – he has that D.I.T.C. style that’s straight forward. Originally released as a 12″ in 2004, “Got It On Me” is a largely forgotten collaboration with the P Brothers and is the weakest of the Milano contributions here. The beat on “Digital B-Boy” overshadows Milano – he shines best on “Late Night” and “In a Zone”. The former is a gritty, one-two punch to the gut, reflecting the unsafe feeling of the Big Apple when the sun goes down and the street lights come on. I’m surprised more producers haven’t sampled crickets, to be honest as it really sets the mood. “In a Zone” however, was a lead single for the album and it’s a classic 12″. That beat, man, CHILLS.

Boss Money Gangsters have four tracks – they aren’t well-known but are affiliated with Lord Tariq. Their 2006 12″ is here (simply titled “Boss Money Gangsters”) and it boasts a predictably hefty, satisfying instrumental that lifts an ordinary selection of bars into a certified head nodder. “Blam Blam for Nottingham” isn’t quite as rewarding, relying on another crashing backdrop. “Cold World”, which starts the record, sets the whole wintery tone with a cold piano loop and something the P Brothers do particularly well – bass. BMG, in the words of Buckshot, takes a sec’ to think back on “New Religion” with another slice of heyday rap.

P Brothers’ “The Gas” captures the classic New York sound without ever feeling forced or contrived. A lot of music from the 2000s can feel like an homage or second-rate copy, but by keeping the beats relatively simple and utilising emcees with street-hardened oratory skills, “The Gas” still sounds excellent over a decade later. Their 2018 EP “Mentaltainment” featuring Your Old Droog, Milano and Daniel Son is also well worth checking out.