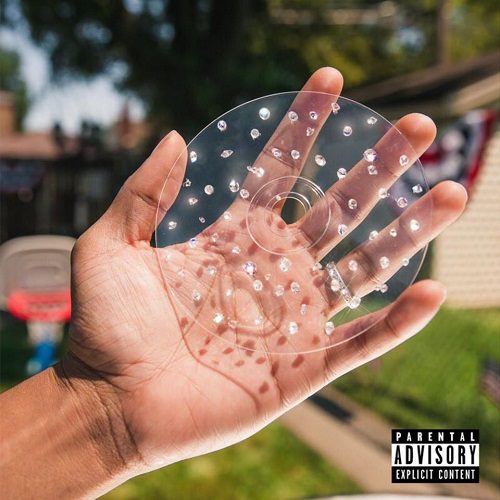 Chance The Rapper :: The Big Day

“All Day Long,” the first track off famed independent artist Chance The Rapper’s first official studio album “The Big Day,” is a sharp and confident tune. It contains a fast flow of joyous rhymes spit by Chicago’s own Chancelor Bennett that is fun, uplifting and just a little bit showy. There is no doubt that Chance has earned the right to boast a bit and a rally of decent raps is not too surprising either. Alongside an uplifting beat that transitions from primarily drum hits and some flourishes under the verses to a lush and impactful chorus featuring John Legend’s splendid vocals, this track is certainly a strong opener. More than that, however, this track is, in a way, a somewhat telling first play in what is a fascinating, but also vexing album. Perhaps Legend’s proclamation of “We can’t be out here pleasing everybody,” is in some way a preview of what is to come.

Coming off the heavily lauded “Coloring Book,” and the overall success of his explosive mixtape evolution, Chance The Rapper has already begun to leave an unmistakable mark on the music world via his strong talents as well as his likeable, good guy personality. Additionally, leading up to and during the drop of “Coloring Book,” it seemed difficult to listen to an interview with Chance, or even simply casually discuss him amongst peers, without someone bringing up the fact that he was “independent,” or, in other words, not signed to a major label. That fact remains true and is likely of much more significance to some fans than others. There is no doubt, however, that both his charm and indie status have played major roles in defining the public’s view of Chance The Rapper, both as an artist and a human being.

For the most part, Chance’s art has stayed true to his personality as both have adapted alongside one another in a rather ideally-parallel direction. For while he is still in many ways the same Chance fans came to know from his first project, “10 Day” back in 2012, or, more likely, from his big time breakout mixtape “Acid Rap” in 2013, it is not difficult to see the growth in this now seasoned musician and experienced human being. This growth is shown throughout “The Big Day”. Also shown on this ambitious 22 track project, however, is the somewhat-slipping grip of Chance’s artistic sense of direction.

As mentioned before, a great deal of positive growth certainly occurred for Chance between his earlier work and “The Big Day”. This can be seen to a large degree in multiple aspects of this music as his focus shifts from the recreational drug use metaphors of “Acid Rap” and endearing but not quite fleshed out gospel infusions of “Coloring Book” to the smoother yet ultimately more impactful sounds of “The Big Day”. Sentiments such as these lines from “Do You Remember”:

This type of introspection is by no means unusual on this album. It is a theme that is heard repeatedly, perhaps most notably by means of Chance’s celebration of commitment and timeless dedication to one’s significant other.

Examples of the latter are found in songs such as “Eternal,” where Chance dismisses the merits of side chicks and side dudes alike, and “I Got You,” where Ari Lennox and Kierra Shierd declare the loving sentiment, “Always and forever” numerous times over. Both of these tracks echo a common message; that loyalty and commitment are not just responsible choices and qualities, they are the most joyous and even most refreshing paths to follow. While this is not necessarily a radical message on its own, it is in many ways significant as a mark of where Chance is in terms of his personal growth.

The improvement of Chance’s craft on this album is equally apparent. This is not only true to at least some degree in terms of his technical rapping skill, as found in spurts throughout the project, or to a slightly greater extent in his flows, such as on “I Got You (Always and Forever)” or the relatively low-key but infectious “Hot Shower”. In fact, it is perhaps most evident from his enticing taste in features, such as in the Death Cab For Cutie guest appearance the aforementioned “Do You Remember” or the fantastic John Legend feature on the opening track, “All Day Long”.

Which brings us back around to Legend’s words on that song, words that in many ways (although unlikely by intention) describe this album as a whole. “We can’t be out here pleasing everybody.” This line is descriptive of “The Big Day” in a number of ways. The primary way, however, is that it would seem to ring true in regards to Chance’s approach with this body of work. He has started fresh with this one; while there are common elements between this work and its predecessors, the energy throughout the first 11 tracks is truly something special. Nevertheless, there will likely be fans who simply do not vibe with it, or perhaps do not find in it some of the pieces they were expecting to carry over from the artist’s previous work. Regardless, any artist moving forward with their artistic vision or plan of any sort is surely aware that there is no way to appease each and every fan.

That is certainly not to say that fans should in any way expect to be let down by the tracks of this first half “The Big Day”. For these songs have so much to offer, even aside from those already mentioned.

This Chance isn’t just rapping about more responsible takes on life and love, he is making promises to those closest to him and doing it in one of the most sincere ways possible. On “Let’s Go on the Run,” he uses his singing voice on what he correctly determines to be arguably the best fit for it on this project and, despite not being a renowned singer, nails the sound he seems to be aiming for. Lastly, John Legend does not simply ring in the new album with his world class harmonies. His work on that first track is a major part of the foundation laying piece of of strong, soulful music that brings the listener in close and prepares them for a piece of art that is as stunning musically as it is impactful in the way it is capable of giving a new sense of stamina and flavor to any room it is played in, anywhere.

All of this, however, is only in regards to the first half of “The Big Day”. The second half is not necessarily so powerful in its approach. For while most albums do not split around the middle mark (and surely this one is not intended to), there is a noticeable, and at times gaping, difference between each side of this record. For while the first half of this album is filled with a great deal of strengths and can be heard as a continuously self-energizing source of good, honest vibes and sentiments. At many points in the second half, however, it seems more like it this album is eager to lay off the gas as it encounters a real danger of burning out.

Tracks such as “Ballin Flossin,” and “Get a Bag,” for example, feel a bit bland for an artist of Chance’s caliber and an album as built up as this one is. These songs feel lacking in substance, particularly in comparison to the sonically and lyrically interesting, well-layered nature of so many of the earlier tracks on the project.

The biggest problem with the latter half of this album is simple but rather critical: it is much too long. While this is not a universal truth regarding albums of this length it certainly applies to “The Big Day.” This record simply runs out of air. This unfortunate fate is a result of too many tracks piled together that for the most part bring very little to the album that has not already been explored earlier on.

When “Big Fish” comes on at track 12 the record feels like while it may be capable of going a little bit further, it is reaching a point at which it should be winding down. No such thing happens, however, as “Ballin Flosssin,” comes on next with no sign of the album slowing (and a feature of Sean Mendes sounding like… well, the way Sean Mendes literally always sounds).

From there the project proceeds with another nine tracks. Each of these tracks vary in their level of mediocrity but rest assured, they provide nothing close to those of the album’s first half. “Slide Around,” for example, is a decent but rather boring declaration of contentment that mostly just reiterates sentiments that have either already been expressed on the album or simply are not necessary at a project already stretched thin. The production on this track is also rather redundant in the sense that it would seem that this far into any musical expedition the instrumentals need to bring something more to the table to keep the lights on. It would seem that this is especially true since the lyrical substance and mood (Chance is rather boring vocally on this track) are not doing their part.

On that note, it should be noted that much of this album’s production, particularly in its first half, is nothing short of fantastic. From the smooth, elegant moves of “Eternal” to the more compressed but still stand-out drum hits of “Hot Shower”, “The Big Day” makes a big effort, courtesy of producers such as Peter Cottontale and Darius Scott, to keep the bulk of the project primed for fans to nod their heads to and enjoy a well-connected and carefully sculpted collection of sonics (at least as far as the bulk of the album goes).

The worst thing about most of these tracks, however, is not simply that they underperform or fail to impress, it is that they contribute to the long, dragging end that unfortunately makes up a large chunk of this album. It is a chunk that is unnecessary and unfortunate. However, eventually the sun does set on this drawn out venture and “The Big Day” is finally over.