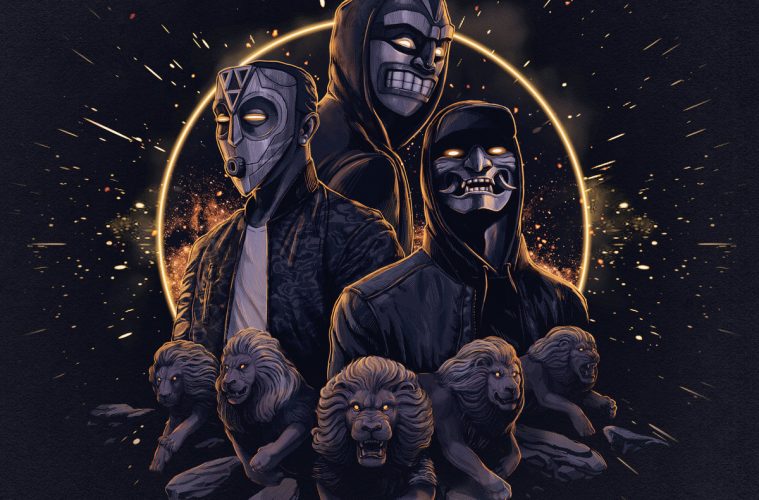 Ras Kass is no stranger to a supergroup. After Golden State Warriors alongside Saafir and Xzibit, and The HRSMN with Killah Priest, Kurupt and Canibus, the West Coast’s most vicious lyricist is back once again with a new project. While the term supergroup may be a push for Jamo Gang (pronounced Jay-mo), Ras has teamed with Brooklyn’s J57 and El Gant, two names familiar to underground rap fans. El Gant delivered “Beast Academy” in 2014 which Steve enjoyed yet felt didn’t have enough El Gant to really showcase his talents. J57 may have more records to his name than even Ras Kass, stretching back to the Brown Bag Allstars days, and is a reliable source of face-slap boom-bap. “Walking With Lions” is primarily Ras and Gant sparring over J57 production and it works well – you can see the crew have chemistry.

The lead-single is produced by DJ Premier, so naturally, it’s a highlight yet fits in snugly with the rest of the album’s tracks. Primo tracks can often stick out on LPs but not here, and that’s a good thing. J57 even jumps on the mic too but the Slug verse is particularly memorable:

Ras Kass often goes off on wild tangents with outlandish statements, which helps break up Gant’s straight-faced aggression. For me, there’s still an excitement with Ras Kass’ verses where you’re never sure what he’ll say or how far he’ll take a theme; admirable considering his career is 25 years deep at this point.

My favourite track is “Highway” which feels like the most well-rounded song. Preem throws down some complementary scratches but the sung hook ensures the song catches more replay-value than some of the more workmanlike efforts. El Gant’s voice does have a bit of the Everlast about it and he acknowledges this in the first verse – the melodic rhyming would definitely add another dimension to his performances going forward:

“This ain’t underground, ain’t commercial either
This is ambition, making people believe us
Evil pictures painted on their easel
Diesel like I’m Kevin Nash
Change in this House of Pain game – call me Everlast
If I ever last, sit and laugh, I’ma let it pass
Heading in the wrong direction, spending up my petty Cash
I did it My Way
Frank Sinatra, high octane life
Tom Cochrane the high way”

“38 Minutes” with Sick Jacken and Slaine sees the quartet share their plans if there were only thirty-eight minutes left to live. It might be morbid, but showed invention that is sometimes lacking in other songs. One thing I did notice is there’s an added abrasiveness to Ras Kass’ lyrics on songs like “Walking With Lions” and “Francis Scott Key” – the vitriol for politicians, white people and, particularly white politicians, is welcome, and something that has been surprisingly absent in many new rap records.

There are a few jabs at 6ix 9ine throughout, which was actually annoying. Not just because it felt petty, but because it reminded me of his existence. Overall though, “Walking with Lions” achieves what it needs to and the title only highlights the ferocity of the songs within – J57’s production is loud to the point of roaring through your speakers, while Ras Kass is scrapping with a younger lion in El Gant. It’s a solid album that has some standout moments, notably the aforementioned DJ Premier assists, and J57 remains on point but part of me misses the swing of his earlier beats like “Like a Prayer” or “Half Zombie”. El Gant held it down but I was less taken by his content than Razzy, but that may be because his voice is one of my personal favourites. That’s not to distract from what is a very good record that’s relentlessly hard and one that needs to be played as loud as possible.