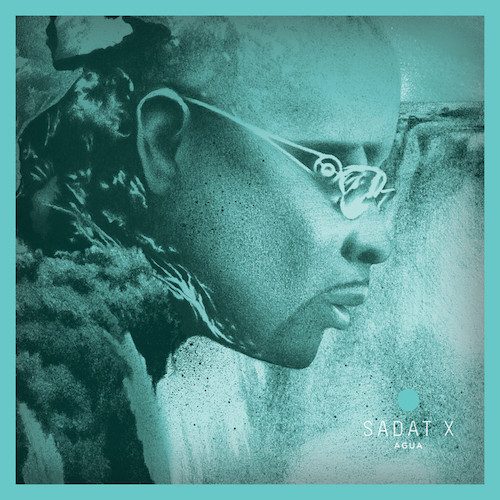 I sat and pondered how long I’ve been listening to Sadat X before writing this review and realized it has been a quarter century — 25 years. That’s an entire lifetime for some of our readers. I go so far back with him as a founding member of Brand Nubian that I remember when he went by Derek X, a reference to his birth name that ultimately wound up in the title of his solo album “The State of New York vs. Derek Murphy.” Even THAT album is over 15 years old now. Sadat has been nothing if not prolific in his solo endeavors outside of the group that made him famous, although my personal favorite has always been 1996’s “Wild Cowboys.” Matt Jost summed up my feelings about it pretty well in his review.

“(It’s) vintage Sadat X to sprinkle a bit of sarcasm in all directions, as witnessed on (the) opener ‘The Lump Lump,’ where neither of the two sexes is spared. So yes, X is quite the character. His patterns of thought, flow and rhyme make him one of the more unique MC’s. The strident voice would be peculiar enough, and when you add the habit of giving each bar a particular intonation, there’s no denying that ‘no one in the world got this style of rhymin’.”

That unique vocal tone and lyrical flow has given Sadat an enviable level of longevity in hip-hop, and what’s remarkable on “Agua” is that he hasn’t lost a bit of it. His voice is a little bit gruffer right around the edges from years of recording and touring, but he still jumps up in pitch from bar to bar and verse to verse. The seemingly non sequitur nature of his flow is still in tact too, but careful examination has always revealed that flow to simply be a facet of his storytelling personality. X would rather abandon an AABB rhyme scheme and in fact throw structure out the window altogether to make his points, as evidenced by “The City Never Sleeps” featuring Wordsworth. Yes he does rhyme but those points don’t come when or where you’d expect from other emcees.

“My city built on vice and corruption
Critically, politically, hand in the pocket, strand of hair in the locket
The funky fragrant, of a vagrant
Struggling to pay rent — I wonder where the day went?
And blackout, one before crackout
Niggaz still bag out and be caught, in a moment of thought!
The P’s still standin in the breeze
Other countries set up 8 man cribs, while she serve the God ribs
DiBlasio, been doing this since Casio…”

Sadat is working with an all star slew of producers on the hour long “Agua,” and the album gets off to a hot start with Pete Rock on the album’s opener and first single “Freeze.” It’s something of an autobiographical track first as Sadat talks about his history going back to his earliest Brand Nubian days and the first time he ever met Pete Rock in “The Basement.”

There are no shortage of guest stars on “Agua” either, which suggests that both Sadat and Tommy Boy Entertainment really wanted to ramp it up this time. I don’t want to denigrate previous Sadat efforts too much but if we’re being honest with each other some were “just another solo album” that came and went and at least one was a very ill-advised sequel. “Industry Outcasts” features both R.A. the Rugged Man and Thirstin Howl III, and the latter’s voice has changed much more than either of the other two over the years (I still enjoy it though). There’s a Nubian cameos from Lord Jamar on “Cut & Dry,” two from Dres of Black Sheep fame on “Maybe It’s Me” and “We Strive,” and one of my faves is the low key singing of DV Alias Khrist on the Nick Wiz produced “Tell ‘Em Again.” Sadat has no patience for fakers in hip-hop:

“Have you even been on a plane?
You screamin champagne with dollar beer thoughts
A thug B? You got two rugbies to wear
then got the nerve to throw a L in the air!”

I’m sure just as many or more will bop to the spooky “Murder Soundtrack” featuring up and coming teenage sensation A.F.R.O. and hip-hop legend Rahzel the Human Beatbox. Will Tell provides the backdrop on this one.

To bring this full circle I referenced the quarter century+ that Sadat X has had in hip-hop with a purpose. I’ve long been accustomed to X’s unique method of jumping spastically all over a beat lyrically, often seemingly inhaling helium between bars to have his voice jump up even higher, and I’m quite aware I’m conditioned to his flow and format in a way other listeners won’t be. It’s not that I would accuse Sadat and Tommy Boy of marketing an album strictly to an aging niche hip-hop demographic that listened to Brand Nubian in their teenage years and “Wild Cowboys” in their 20’s, but would I really be wrong if I said it was so? Perhaps “Agua” can be as refreshing as the name implies – a cool splash of hip-hop that bubbled up and was bottled in New York City. If you go by the beats alone you can’t lose – Da Beatminerz, Fokis, DJ Scratch, Diamond D, Dub Sonata, and so on – Sadat X worked with all the right people and nobody half-assed it.

So let’s sum it up like this – if X was out to make a statement and try to make people forget about the uneven ups and downs of his solo joints “Agua” might be the album to do it. If this is your first experience with how he raps just let the beats envelope you and his wild cowboy style creep up on you. If you don’t love it I understand why but once you get a taste for it you won’t ever want to give it up.