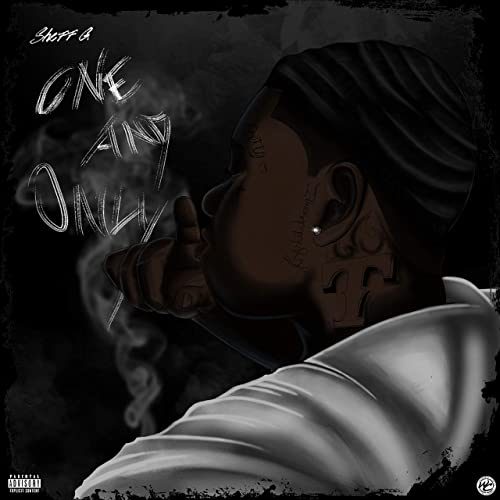 “Albums” keep getting shorter and faster in the new decade. Take Sheff G’s “One and Only” for example. With a run time of 25:04 and 12 tracks total, that’s an average of slightly above two minutes per song. The album’s longest song is “Weight On Me” and despite the hefty name it’s only 2:37 total. Perhaps the guest appearance by Sleepy Hallow bulked it up a little.

A self-described drill rapper from Brooklyn, Sheff G’s musical inclinations make me think of Atlanta more than Chicago. While there’s undeniably elements of cynicism and nihilism in his rhymes at times, producer Great John injects a musical backdrop more in line with Metro Boomin. Even songs with depressing funeral contemplation and sentiments like “Look — I don’t really want nobody near me/Look — really thinking that nobody hears me” on “Once I’m Gone” are surprisingly upbeat thanks to a lilting flute.

Sheff G also stands out from his peers by opting for a more traditional rap flow, making minimal use of AutoTune effects and only singing here and there instead of for entire songs. The funny thing is that by combining above average production with clear, easy to follow vocals, you end up wanting far more of Sheff G on tracks like “No Suburban, Pt. 2.” Even when he vows “This is a diss track/this is not a song” there’s a clear rap thread sewn into the track. The needle puncturing the fabric is his delivery.

“This for the streets/don’t care if it get no radio play” vows Sheff, and while that might be true of rudely titled songs like “Lil Big Bro Shit,” one can’t say the same for melodic, catchy tracks like “Note to Self” or “The Lefts,” both of which make effective use of piano and drums to provide Sheff a backdrop. “Back to the block, stay drilling” may be Sheff G’s motto, but the musical and lyrical talent of Great John and Sheff suggest rapping is his real career.

There aren’t too many young new rappers who come along in today’s marketplace and stand out from their peers while simultaneously traveling down the same roads they did. Sheff G proves that every once in a while there’s an exception to the rule, and for that reason the short length of “One and Only” shouldn’t be held against it. If I can offer “one and only” one piece of advice to Sheff it would be that you’re good enough to do far more.

Sheff G :: One and Only
7Overall Score
Music7
Lyrics7