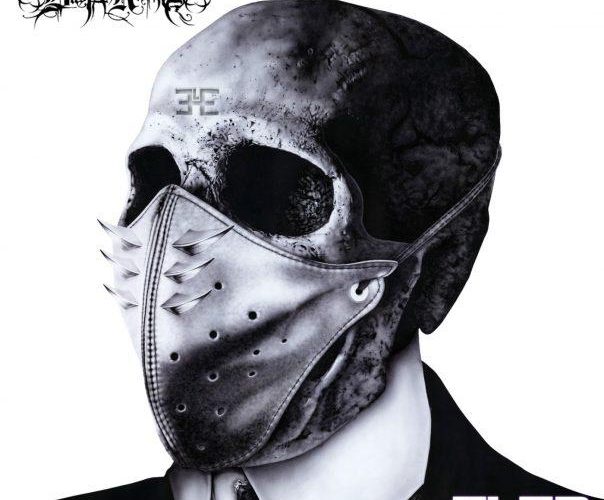 Busta Rhymes returns from a lengthy hiatus with a sequel to his apocalyptic third record “Extinction Level Event“, right in the middle of a pandemic. Thanks for cheering us all up Bus’! The thing is, he has. The world’s favorite motor-mouthed emcee has delivered one of the better albums of 2020 that has enough amongst its twenty-two tracklisting to warrant a recommendation, without quite reaching the levels of his best work. As rappers continue to churn out EPs and brief “albums” that are more akin to mixtapes, Busta’s approach by presenting fans with a whopping 77-minutes (extended further in the two deluxe editions) shows he still has one foot in an era of CDs when every minute of data was used.

Precise sequencing and meticulous engineering mean listeners are taken on a journey that’s easy on the ear. It’s an album that sounds like it’s had a lot of money spent on it, from the guest features to the choice of samples. You’ve even got Chris Rock sporadically ranting between tracks (which we could have done without). Despite Rakim and Pete Rock appearing on the opener, the first few tracks are bursts of energy with lukewarm production. I may have spent the last three months worshipping M.O.P. but their addition to “CZAR” is where the album really kicks into gear.

In a move to spite Hercules (presumably), ever since Busta lost the dreadlocks, he’s battled with Dwayne Johnson over title of the beefiest 48-year old. It has added to his stature on a track, and it’s a valid reason why the former Leaders of the New School member can still deliver breathless song-stealer moments. The way he eats up the title track sounds like new Busta ate old Busta. He sounds better thirty years into his career, and who can you say that about?

There’s plenty of fan-service for those who have been with Busta throughout. Ol’ Dirty Bastard provides the assist on “Slow Flow”, Mariah Carey reunites on “Where I Belong” but the best return is Q-Tip’s “Don’t Go”. The clean beats and warmth on both this, and the outstanding Kendrick Lamar collaboration “Look Over Your Shoulder” come courtesy of Focus and Nottz, respectively. Sonically, the album sounds more like 2006’s “The Big Bang” than 1998’s “E.L.E.”.

Kendrick clearly knew a verse for Busta Rhymes had to be taken seriously and he even sounds like Busta in the way he drops a stop-start style and randomly throws melodies into his verse. Sitting at #19 in the tracklist however shows that a Kendrick feature isn’t bigger than perhaps perceived – it actually gives the end of the album the transition it needs into its calmer final moments.

By the time the anticipated DJ Premier track “True Indeed” arrives midway, it sounds better than it really is. Far from a great Premier beat, its dirty simplicity feels fresher because of where it is on the album, and ends up as a transitional moment, clocking in at less than two minutes. It’s rare a Primo track doesn’t steal the show, and that’s usually because it sticks out like a sore thumb. 9th Wonder brings Rapsody along for “Best I Can” and she once again reminds us how talented her storytelling ablities are. After the outstanding performance on PRhyme’s “Loved Ones” playing the tired wife to Royce Da 5’9”’s rampant cheat, she’s a great foil for Busta as the mother of his children, this time flipping the script as the ungrateful jealous type who begins to appreciate how good a father Busta’s character is. I did laugh at Busta’s line “I should have got my sister to slap you” though.

“Where I Belong” with Mariah feels forced and sounds too much like their hit single “I Know What You Want” for its own good. Other 1990s legends fare better, as Mary J Blige wails over “You Will Never Find Another Me” with Busta pointing out how overlooked he is in the conversation of true greats. Nobody sounds like Busta and nobody will, so it’s time listeners realised this. He has a point. The jewel in the crown and for me, the best track on the album is “Outta My Mind” with the Bell Biv DeVoe sample. Good Lord, it might be the perfect Busta Rhymes production and it turns out Busta had a hand in it himself. It’s the Bus-a-Bus formula refined, attached to an irresistible hook and deserves the praise it has received. One of Busta’s best.

I’d love to know if Souljah Boi had any input on “YUUUU” as Anderson .Paak’s approach just reminds me of that irritating earworm. The song, not Souljah Boi.

There is genuniely a song here for every type of rap fan. Trap is catered for with “Oh No”, Rick Ross fans have the luxury of “Master Fard Muhammad” and hardcore Busta fans have DJ Scratch’s “Boomp!”. The problems “E.L.E. 2” has is that it is way too long. Farrakhan takes up three minutes of the record with a speech, Chris Rock doesn’t add anything other than the fact it’s Chris Rock’s voice on a Busta Rhymes album. As well sequenced as the record is, it can feel like a buffet of different tastes all laid out for us to consume. Certain dishes taste better than others, but the main thing is that we have been fed. Given how well Busta sounds throughout the project, there’s a sense that he could have done the unthinkable and dropped his best work this late into his career, with just five less tracks.

“E.L.E. 2” may be bloated and overloaded with A-list star features, but it works. Somehow managing to cater toward two generations of listener; you could have this playing on a CD in your car for weeks, skipping some tracks and then discovering new favourites down the line; yet there’s enough excellent individual moments here to populate a digital playlist too. Are there better albums this year? Probably. Are there better Busta albums? Just. But there’s quite a few worse ones too. If the world did end tomorrow, there’s enough here to treat your ears to and if an alien race discovered “E.L.E. 2” in the future, it’s a solid summary of the last thirty years of Hip-Hop.