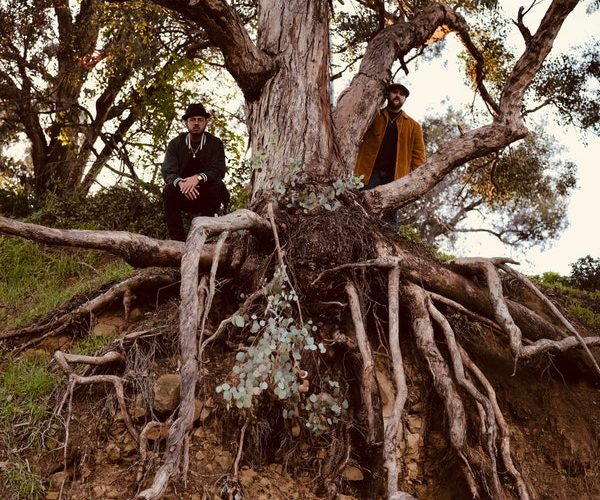 “Miles” sees Blu and Exile reunite once again, for a record that stood out in 2020 as one of its finest. The album is both a musical nod to Miles Davis and a document of the well-travelled career both Blu and Exile have had. The artwork clearly shows what the two were trying to achieve here, returning to their roots and reliving their moments of growth – of all their records this one sounds most like the coveted follow-up to the classic “Below the Heavens”.

Exile’s warm production has often impressed, showcasing that trademark West-Coast style we know and love without ever feeling stereotypically “gangsta”. There’s a lightness to the use of piano yet each beat is clean and crisp, echoing the luscious landscapes Evidence and Self Scientific’s DJ Khalil portrayed previously. But where Exile’s earlier work certainly knocked, this feels like a more mature performance and as an album, it flows more effectively than both their debut and “Give Me My Flowers While I Can Still Smell Them”.

Blu’s always had a great voice for delivering a story and songs like “The Feeling” showcase this. Describing the emotional reaction to songwriting, the process behind the art, and making a living from it may sound straightforward, but Blu has that Nas-like quality where every word feels precise and flows beautifully. This sense of humanity sits behind much of Blu’s best work and on “Miles”, the 38-year old conveys relatable feelings in an effortless manner as he revisits countless times in his life that music has not just influenced him, but shaped him into the man he is today.

“Music Is My Everything” perhaps demonstrates this most directly, as Blu shares his musical influences growing up, from confusing MC Breed with MC Brains, to practicing Fugees routines in the mirror (the song title itself being an acronym for “mime”). And I’m pretty sure Blu mentions his auntie dating Eazy-E!

2019’s “True & Livin'” and “Spread Sunshine” return here, effectively making the “True & Livin’ EP” redundant. Alternately, it makes “Miles” all the more essential as they are both dope! “The American Dream” even flirts with a poppier sound without sacrificing that Blu & Exile feel. I found the irony of a prayer wishing for no religion (“Dear Lord”) either really clever, or completely unintentional, but it’s full of valid arguments that humans can’t ever be truly equal without scrapping age-old institutions like [insert any religion] and undoing thousands of years of civilization. Basically, start again. It’s not exactly realistic but it sure did make me think.

“Roots of Blue” embraces Africa and how its history can and should never be ignored by Americans, or anyone for that matter. The way Blu reels off a list of historical figures in African history can make the track sound like a lesson with Killah Priest, but if anything, it’s a lengthy shout-out to all the important men and women that define the real pride, power and beauty of the continent that is at the heart of all music. It’s a bold move to put it in the middle of the record, given it is nine minutes long, and “African Dream” with Gappy Ranks and Aloe Blacc is the superior song to embrace the true feel of Africa.

While the album flows well, it’s definitely too long. At 95 minutes it’s effectively a double album, released across two CDs or three vinyl records. There’s plenty to sink your teeth into, and despite lacking any genuine skippable songs, it’s great for streaming or downloading digitally too. “The End” is tucked away at minute 88 and the streaming numbers suggest few reach it that far, which is a shame as it’s a posse cut themed around tragedy, featuring Dag Savage, Cashus King and Adad.

“Miles” is consistently excellent, if slightly too long, but solidifies Blu & Exile’s status amongst rap’s great duos, particularly in the modern era of Hip-Hop.