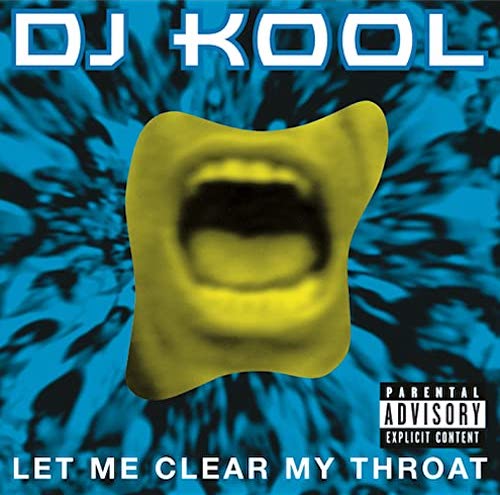 Let Me Clear My Throat

“Let me clear my throat! Oh! Have mercy babe, I hope you don’t mind.”

As an avid viewer of the Todd in the Shadows channel on YouTube, the one song I’ve never seen him cover on “One Hit Wonderland” that I’m dying for him to do is DJ Kool’s “Let Me Clear My Throat.” For those of us around in 1996, DJ Kool seemed to rocket to meteoric fame out of almost nowhere, then disappear just as quickly after everyone had tired of his hit single. Everyone involved tried to remix it a few times to milk a little more life out of it, including the “Old School Reunion” version seen above featuring Biz Markie and Doug E. Fresh, but his career still died a death anyway. Since Todd hasn’t seen fit to do DJ Kool justice, indulge me as I tackle him myself.

John W. Bowman Jr. was a Washington, D.C. disc jockey who knew how to rock a party. Having been active since the late 1970’s on the deejay scene, the self-styled “Kool” master of the turntables was perfectly placed to watch the rise of both hip-hop music in general and the accompanying go-go dance music of the D.C. scene in particular. While some people try to separate go-go from hip-hop and associate it with house and funk, Kool went precisely the opposite direction and acknowledged their common urban roots and similar style structure. After all the “call and response” of go-go music was much like the toasting of dancehall deejays that led to what we now know as emcees, so one could even say go-go reflects a straight branch from the tree rooted in Jamaican soil by Kool DJ Herc.

The best known version “Let Me Clear My Throat” is actually culled from a live performance DJ Kool gave at the Bahama Bay club in Philadelphia. The first time I heard it I was immediately struck not by the old school call and response vibes (which are dope) but by the instrumental he performs over — 45 King’s “The 900 Number.” Those of you who grew up on Yo! MTV Raps may also think of this as “The Ed Lover Dance.” If you listen to it without DJ Kool toasting over it, it’s not hard to see why 45 King gave it that name. The horns sound both funky and sleazy at the same time, making you feel like it’s the hip-hop hold music for an adult line that costs $2.99 per minute.

Now let’s give a little credit where it’s due on several fronts. First of all even though 45 King originally made it famous, the sample itself comes from Marva Whitney’s “Unwind Yourself.” Second of all if we say that DJ Kool straight up did a set over it without changing a thing, we’d be doing him a disservice. The speed is slower, the audio is pitched down as a result, and the VERY raspy throated vocals of DJ Kool add a unique charm to the whole presentation. Paired with an enthusiastic Philadelphia crowd who don’t give a fuck that he’s from D.C. (and vice versa) it’s clear that everybody involved in the evening was having themselves a good time.

What’s funny about “Let Me Clear My Throat” though is that it’s actually DJ Kool’s THIRD album, although it was the first to make the mainstream Billboard charts, and neither of his prior efforts had reached higher than No. 60 on the R&B charts. I suppose this is the point where Todd would ask if we can really call DJ Kool a “one hit wonder” or not. I’m going to argue YES, ABSOLUTELY YES because outside of the D.C. market it doesn’t seem like DJ Kool gained any traction until this single blew up. He had five others from the previous two albums, none of which I’ve heard before or since. There’s one other from this album I have heard: “I Got Dat Feelin’.”

Like “Let Me Clear My Throat” was, this track is taken from a live performance, but it doesn’t seem to have the manic energy of his big hit. It samples from the exact same source that Naughty By Nature did for “Uptown Anthem” yet has none of that hard stomping Jersey rap appeal. It just makes me want to listen to Treach, Vin Rock and DJ Kay Gee instead.

Audiences must have agreed because nobody ever asked me to play “I Got Dat Feelin'” in college, even though I had the record on standby just in case. Yeah I did a little deejaying myself, though certainly not of the call and response variety, and more of the “aspiring wannabe turntablist” variety. On a good day I was mediocre at best, but I loved it just the same. I wish I could say I loved the rest of DJ Kool’s third album near as much. Live performances of his previous “hits” like “Twenty Minute Workout” end up feeling unintentionally longer than their titles. I think it’s really one of those “you had to be there” moments. I’m sure it was great in person but listening to it on a CD does nothing for me whatsoever.

I don’t begrudge DJ Kool finally having a breakthrough hit with “Let Me Clear My Throat” nor going the obvious route of naming the album after it, but nothing here can successfully capture that lightning in a bottle twice. It’s fun to hear old school veterans like The Biz and Doug E. add their own flair to the remix, but that’s the best value to be found on this whole album. When DJ Kool says “I’m Done” at the end you are too. I think I’ll just go back to listening to “The 900 Number” on its own, but if I ever had to deejay a party again, I’d still have “Let Me Clear My Throat” at the ready.