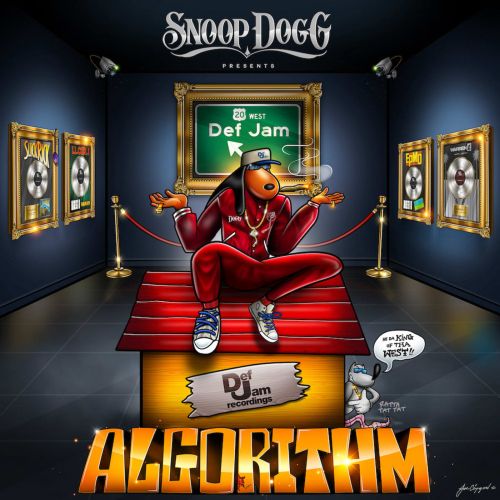 Twenty years ago a Snoop Dogg album on Def Jam Records would have been huge. Hell, ten years ago it would have still felt like a moment fans never saw coming, yet this record seemed to come and go quicker than a Just Eat delivery. The reason we have a Snoop Dogg record on Def Jam is that in 2021 the West Coast emcee signed on as a senior strategic advisor for the label and this record is designed as a showcase for emerging talent, as well as a celebration of Def Jam’s past. In reality, it’s partly that, partly a predictable Snoop Dogg album but with a guestlist trouncing even Russ’ “Chomp 2” record, it’s well worth a spin purely out of curiosity.

Curiosity killed the cat, but it fails to damage the Dogg. He’s on form as ever, albeit careful not to upstage anybody. The primary issue with many of Snoop Dogg’s recent projects is that his verses are so interchangeable and hollow that you’ll often wonder if he’s freestyled most of it. Relying on his personality and charisma has often held back his music, despite enhancing his brand of ‘loveable stoner’ to the point of him being the most famous rapper in the world. He knows what he is and what he does best, and “Algorithm” has enough of Snoop Dogg’s touch to make it a Snoop Dogg record. A big part of this is bringing in his regular producer DJ Battlecat, as well as other noteworthy names like Nottz and Hi-Tek.

Kicking off with a Method Man and Redman record (“Alright”) that saves the third verse for R&B vocalist Nefertitti Avani is just the type of record you’d expect from Def Jam, and it follows their algorithm to a tee.

Unless I was looking at my phone, I wouldn’t recognize Fabolous on “Make Some Money” as he sounds less distinct than usual, although Dave East’s brief appearance is one of his better performances. I usually find his voice so jarring, but with Hi-Tek’s incredibly catchy beat dominating proceedings, it’s easy to overlook all the rapping entirely. If one track was to make the radio, it would have been this one, and the video itself is a fun way of showcasing wealth while putting on black artists to help them “make some money”.

Malaya, October London, and the wonderfully named Jane Handcock all have a couple of songs each, giving the record the soulful side it needs. YK Osiris’ “Applying Pressure” is wholly generic with a brief Snoop cameo and Blxst’s “Go to War” is one of an endless stream of Drake knockoffs. I get that it’s the popular style right now, but it sounds less like the label’s algorithm and more like the computer’s algorithm cited in the album intro.

“Big Subwoofer (Mount Westmore)” is significant for its line-up – E-40, Ice Cube, Snoop Dogg, and Too Short on the same track? They all drop straightforward verses, but hearing Cube describe how he shakes a bitch like a dice is the raw element of his past that would probably see him canceled in the near future. It brought a smile to my face though, knowing he can channel the rapper that was once the most scathing emcee in the game. The other highlight of the album follows immediately after, the single “Murder Music” with Benny the Butcher, Jadakiss, and Busta Rhymes. The Nottz beat and Snoop hook are fairly unimaginative but with Jada’s gruff voice and Busta’s intimidating verse it’s a solid way to get three rhyme animals together, even though none of them particularly steal the show.

Some of Snoop’s best material is with Rick Rock, and they reunite on “No Bammer Weed” for another enjoyable smoker’s anthem. That’s about the extent to how good this album gets, however. Not even Mary J. Blige’s appearance on “Diamond Life” or the usually dependable Kokane on “No Smut on My Name” give this enough purchase – they both feel like album leftovers.

At 25 tracks, “Algorithm” is bloated and rap fans will likely enjoy half of the album at the most. It drifts between Snoop Dogg records, traditional R&B, modern Autotune R&B, veteran posse cuts, and it doesn’t excel in any of those areas. If you bought this CD twenty years ago, you’d be disappointed. If you bought the MP3 ten years ago, you’d be disappointed. At least you can stream this record, and that’s probably what the “Algorithm” is designed for – pick and choose the bits you like. But as a Snoop Dogg record – you’ll be left disappointed. Check out Snoop’s other 2021 project “From tha Streets 2 tha Suites” instead.