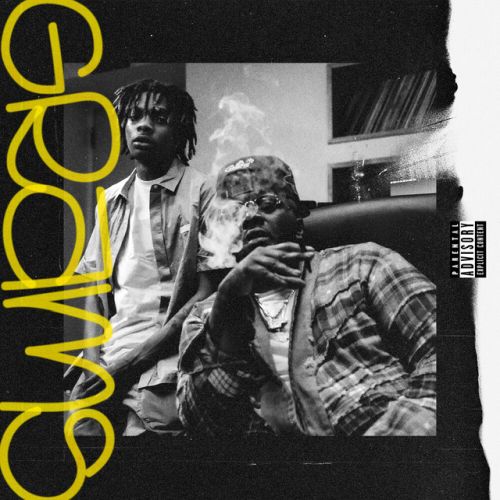 Before 2022 gets going, you’ll notice some coverage of 2021 records that either fell under the radar or we simply never got round to covering. “G.R.A.M.S” is an impressive debut LP from Baltimore rapper Jayy Grams that dropped to little fanfare despite possessing the Smoke DZA stamp of approval. That might not mean much to the casual observer where a co-sign needs to be from a Dr. Dre (Kendrick Lamar), Jay-Z (J. Cole), or Lil’ Wayne (Drake), but Smoke DZA is a missing link between New York’s dominant early noughties period and today’s roster of rappers keeping lyricism alive. Smoke DZA set up the record label Cinematic Music Group in 2007 with DJ Johnny Shipes and everyone from Big KRIT to Joey Badass to Nipsey Hussle have released music through CMG.

Both 183rd, the label producer who produced this album, and Jayy Grams have both attributed Smoke DZA’s role as a mentor to their success. A co-sign from him is arguably more valuable than a Jay-Z, given Jay also gave the world Amil. Sorry Amil, but your voice could cut girders. DZA appears on four of the ten tracks on offer, and his more methodical rhyme style works well with Grams more frantic energy.

I believe Grams is 21 years old as of this record’s release, and he sounds solid if a little untidy. First impressions from the song simply called “G.R.A.M.S.” reaffirm both the unfinished article and the impressive potential he possesses. Lines like “started raw like Vince McMahon” and nods to Tupac iterate Grams’ influences, but he doesn’t ever sound like he’s trying to recreate the 1990s East Coast style with his music. There’s certainly a bit of the Pro Era about him, but 183rd’s tougher backdrops pack more punch than Bada$$ and friends’ work. The production throughout is really well done; better than the samey 2000s style Hitmakerz churn out and dare I say it, more satisfying than Daringer’s life-sucking mood pieces.

Highlights include “Mr. Miyagi” and “Moment of Truth”; the former a catchy duet with Smoke DZA littered with popular media references and a thumping beat with just enough East Asian aesthetic to make the hook feel slick, rather than forced; the latter demonstrating Grams’ versatility with melodic rhyming and a more uplifting message to combat much of the street posturing.

There are moments of reflection with “Late For the Bus” that make me feel old – it’s the first time I’ve heard Diary of a Wimpy Kid referenced by a rapper. My favorite song may well be the no-nonsense “Rubix Cube”, which sees 183rd confirm he’s capable of crafting something truly nasty. This beat will have leprosy sufferers punching through walls.

“G.R.A.M.S.” is better than some projects from rappers that have been doing this for twenty years longer than Jayy Grams. There are a few rough edges to him, but I went from knowing very little about Smoke DZA’s protege, to genuinely anticipating what he does next. Jayy Grams is certainly an emcee to keep an eye on over the next few years and 183rd might be one of the most overlooked producers behind the boards too.