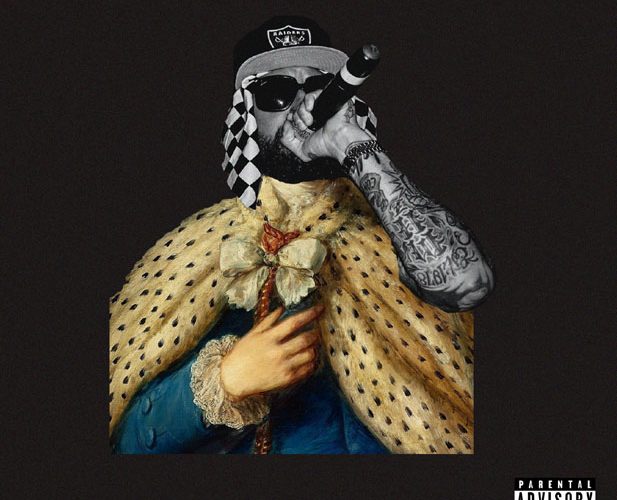 In hip-hop, a punchline is a rhyme that significantly stands out from the rest of a rhyme scheme, verse, song, and sometimes becomes more known than the place from which it first appeared (just watch some rap fans stammer if you ask them where Big L’s famous “Ask Beavis, I get nuthin’ Butt-Head” line came from). Most rappers who are adept at punchlines often get pigeonholed as such, even when certain aspects of their body of work say otherwise. Veteran Columbus, OH rapper Copywrite is one such emcee. While he’s mastered the art of the rap punchline, people often overlook his more emotional tracks like “Size 12’s” or “June”, the latter of which was the closer on his 2002 debut, “The High Exhaulted”. Fast-forward to 20 years later with several albums, mixtapes, and guest verses in between, and we arrive at the first part of the sequel: “The High Exhaulted II – Scene One”. The original, and its 8th anniversary edition, were punchline heaven for the most part, filled with clever rewindable quotables. Its sequel shows Copy’s now a different animal, but with the same heart.

“Cold Turkey Leftovers” is what kicks off “T.H.E. II”. Produced by Oh No, Copy doesn’t even do an introductory instrumental to connect it to his debut. He just comes swinging with his wordplay right out of the gate, with the hook cleverly showing his contradictions with his rhymed multis: “Got a devil on my right shoulder, another devil on my left shoulder / Tellin’ me I’ll never get sober / I quit drugs Cold Turkey, but hate Leftovers / I twist bud, blow purp, E, then take x-overs / I give up whole purpose to get stress lowered.” Danish producer Swab makes the first of his two appearance here on the playful-sounding “The Lah” with a scratched in hook incorporating rap lyrics using “La La La”. Of the many lines, Copy lampshades his status among rap fans when he states “In the underground, I’m the favorite / I run the town, I’m your mayor / Let’s double down / Above the clouds, I’m your savior” and the video game inspired music video to back it:

Often, rappers who can spit punchlines on record do so for the mere sake of doing so, usually at unseen opponents. On the Mondee & D1-produced “Spoiler Alert- Have U Cena”, Copywrite aims his lines at former rapper/professional wrestling-superstar-turned-actor John Cena. It turns out that Cena, during his then true-to-life gimmick as a battle rapper, bit a punchline from Copywrite’s song “Extinction”. Though the length of time since he stole that line seems to render the theft itself moot, the disrespect in taking that line word-for-word with no acknowledgment of the original source (not to mention thinking no one would ever notice) was enough to warrant a response from C-Write. Swab returns on the blues-sampling “White Sean Price”, where Copy raps “We on Award Tour with Muhammad, my man / but Muhammad, my man’s Islamic with bomb’s in his hands”, mimicking the late Mr. Price’s lyrical sense of humor.

The album takes a serious turn on “Maintain”, featuring Cannibal Ox’ Vordul Mega. Produced by Dub Sonata, the Bronx beatsmith laces a haunting sting arrangement as the Harlem emcee trades verses with Copy over the social injustices that have occurred during the pandemic years. Copy reverts back his default rap self on “Hot Iron”, the album’s first single. Over Jay Swifa’s sparse piano sample and some 808 handclaps, Copy enlists rapper Fulio, who gives damn near as good of a verse as Copy does. The accompanying music video is reflective of Copy’s sense of humor:

Rounding out the album are two tracks that venture into the realm of familiarity. The closer “Silence” is another tribute to the late Camu Tao, and over one of his beats too. As both men left things unfinished in their friendship prior to his passing, I doubt this’ll be Copy’s last dedication to him. The penultimate track is also the album’s shortest, “Last Wordz”. It’s familiar because it’s produced by Stu Bangas and he’s used that same sample when he laced Apathy’s “Fist of the North Star” from 2018 and his and Ill Bill’s “Antron Singleton” from 2019. The fact that this listener has heard that sample used multiple times by the same producer made its latest iteration unenjoyable. Overall, the 8-track first half of the “T.H.E. II” is so far his most coherent effort since 2012’s “God Save The King.” That said, fans will have much to look forward to when “Scene Two” drops.