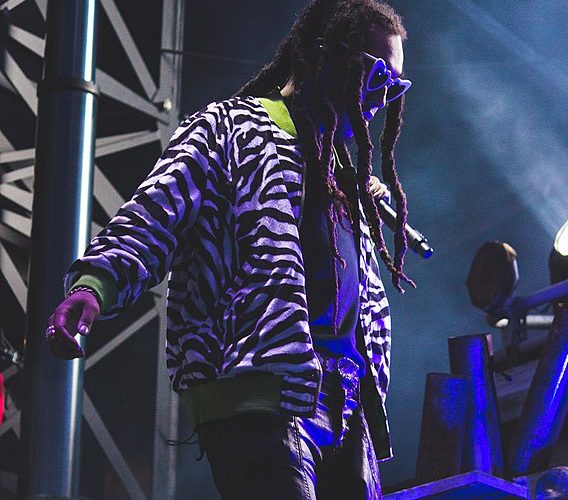 I sincerely hope that wherever you are right now reading this, you had a good holiday season and/or time off work. If you don’t celebrate any particular holidays in December, that’s okay too. I still hope you had a good year 2022 in general. Unfortunately hip-hop lost a lot of people this year, which makes reflecting on “the year that was” a very difficult task for me. Losing people to illness or the infirmity of old age is one thing, but it’s the senseless murder of rising or prominent young artists that is the bitterest pill to swallow. Here are a few of the many people we lost this year.

Amongst the sadness and pain though there were some moments of joy worth highlighting musically. This is not ranked in any particular order — it’s just “the best of” from the last 12 months that I think you should go out of your way to check out.

To quote Patrick Taylor: “He is no longer trying to prove himself, he is just trying to make the dopest rhymes he can. His intricate rhymes have made for the perfect pandemic soundtrack, echoing the anxiety and paranoia that seems to permeate these times.”

This time Sy Shackleford’s words sum it up well: “It’s time hip-hop fans acknowledge that Ché Noir is the kind of emcee who makes listeners practically stab the rewind button.”

Grant Jones: “There’s no cryptocurrency chatter or verses shoehorned into trap instrumentals. There are no skips, this is simply good ol’ Nas distilled. And he’s right, it’s magic.”

Sy: “Like 50 Cent, Conway suffered bullet wounds that left him with a newfound fatalistic attitude and a new face. The difference being that Conway’s wounds left obvious lifelong changes to his appearance, and he’s made it work for him instead of being hampered by it.”

And finally it’s my own turn to offer a summary: “I’m strongly convinced that my fellow rap fans will enjoy it, even if this is their first ever taste of what Chef Shimura is cooking up.”

Me again: “As long as he has the respect of his peers and a dedicated cult following, he doesn’t have to like shit OR go outside. Keep being introspective, thought provoking, and unique to yourself Thebe. You’re the outsider who made it inside but didn’t change in the process.”

Sy: “In life, some don’t need them to advance to the next level. For others, the only way to gain those advantages is to steal or scam them, and that requires cheat codes. Then there are those who employ cheat codes just for the hell of it. Lyrically and musically, Black Thought and Danger Mouse used theirs here to get one up on their peers in their respective mediums.”

Sampa the Great – “As Above, So Below“

Flash: “Sampa the Great may be defined by where she hails from, but she also defines herself by making heartfelt songs with a universal appeal. Although this new album is my first chance to listen to her, I somehow feel like I’ve been listening to her my whole life, and that kind of magic is to be treasured.”

Flash: “It’s not at all strange to hear him say he considered retirement when you consider the effort it takes to stay at the top of the game year after year, but if you’re giving flowers to Nas for that reason, throw a few Illogic’s way too.”

Grant: “For me, Nas is hip-hop distilled. Flirtations with pop ultimately grounded him, while battles, storytelling, and New York itself helped define him. From Large Professor to Hit-Boy, thirty years out of hip-hop’s fifty as a genre only adds to the fuel that Nas is the greatest of all time.”