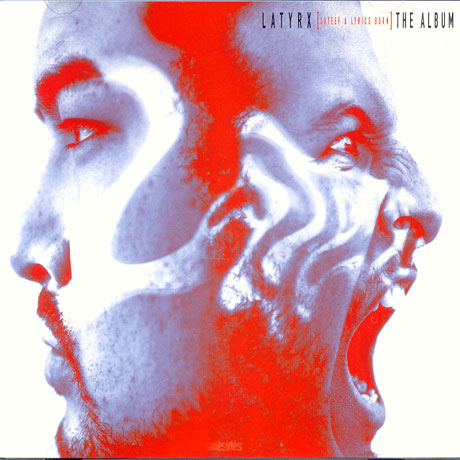 There are two risks involved with making innovative, exciting hip-hop:
1. You’ll bomb miserably because the elements just don’t fit together
2. You’ll achieve near perfection but it will be so new everybody will sleep

If Lateef and Lyrics Born (formerly known as Asia Born) face any problem with their new album it’s probably likely to be the latter. This album takes crazy mad chances with hip-hop, stretching boundaries and the imagination. It works really well 9 times out of 10 but headz may not be ready for the shit they got.

The title track has great examples of this problem. The mixing of two completely different vocal tracks (one by Lateef, one by Lyrics Born) together simultaneously creates an entrancing effect which musically stretches the mind but may leave average Hip-Hop Jones thinking “Man, that’s too much; one of them should just shut the fuck up.” Well Jones would be surprised to find they switch up halfway through and go back to a more traditional one MC at a time style. The lyrics here are as good as they were to start with, although a little more comprehensible due to the lowered lyrical density. That’s a good thing, because the styles that the flip are tight — check out this triplet rhyme by Lateef:

“Thinking rap is just sex, sex, sex
And more flesh, flesh, flesh
robbing your soul of its precious sensuousness
most of these rappers are talking shit out of the side of they neck
what the heck?
It’s more and more suckas gettin signed for less, less, less, and less
and lesson one: if aiming to impress, press, press
you gotta do it yourself, quiet as kept, kept, kept…”

If you had any doubt that Lateef and Lyrics Born were serious about the rhyme, that should squash it. The whole album is built on skills like this, and hot ticket of the year (plus labelmate) DJ Shadow provides half of the production. The surprise is that the tracks that Lyrics Born produced are just as good, and represent the crew to the most. Check the web SoleSides audio clip of Balcony Beach for a good example.

It’s hard to go wrong with an album built on solid skills and dope concepts. Lateef and Lyrics Born are obviously serious about what they do in the hip-hop game, because this album is not made for the masses — it’s unfortunate that many of them will never catch on. For the HEADz of HEADz UP! though, it’s hard to go wrong with this. There are so many good examples, it seems almost ridiculous to select individual ones. Check them out for yourself at the SoleSides web site.

Just to illustrate though, here are some more lyrics, from the song “Bad News” — which leads off the second side:

“People talk shit, their minds reinforce it
spittin out words and thoughts that are amorphous
pushin sloppy sound out of their vocal orifice
like it ain’t bein recorded
sometimes a words scorch is worse than torches
What’s more, is the talk aint uniform or rehearse…”

Other songs I recommend highly are “Burnt Pride”, “The Wreckoning (Live 45 Mix)”, “Burning Hot in Cali on a Saturday Night” (with a guest appareaance by Gift of Gab from Blackalicious) — heck, I just recommend the whole thing. Don’t sleep on the beats and lyrics from Latyrx.