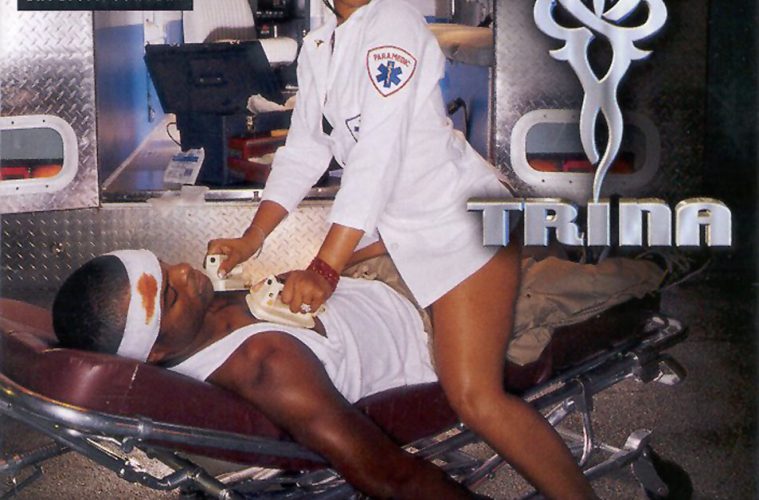 Trina came up in a way familiar to a lot of new rappers in the game today – guest appearance on somebody else’s record. By busting a straight raw verse on Trick Daddy’s “Nann Nigga” Trina had instant fame and recognition throughout the hip-hop nation as his catchy single from “www.Thug.com” rose up the charts.

Trick Daddy has since struck gold again with a new album (which Trina does appear on) but Trina needed to branch out and establish her own persona and power to smash on the rap charts. Fortunately Trick’s label Slip-n-Slide Records stood at the ready; and the result is that “Da Baddest Bitch” is back one mo’ gen to smack us all across the face with attitude.

You can’t get much more crass than Trina does on the title track. She threatens to “make him eat it while my period on” and says “while y’all suckin dick for free I’m broke off hoe.” Damn! There’s no line she won’t cross. “I’d probably fuck your daddy if your mammy wasn’t playa hat’n.” Trina really IS Da Baddest Bitch – and you know what, it’s kinda fresh.

Lil’ Kim may be the most empowered punani don of New York, but Trina brings a Miami/Dirty South flavor to the mix; with beats by the like of Black Mob Group (the above and “I Don’t Need U”), Righteous Funk Boogie (most of the album) and miscellaneous other cats. For the most part they hit the mark with tracks like “Ain’t Shit” (a Y2K update of Snoop Dogg’s +Chronic+ track with the roles reverse), “Off the Chain” with Trick Daddy, “Watch Yo Back” with Twista, and the surprisingly heartfelt “Mama”.

It’s hard to score a perfect ten when spinning off new artists from somebody else’s album, and this album is no exception. “Take Me” with Pam from Total is all thunder and no fire, the “Hair Dresser Skit”, “Club Skit”, and “Answering Machine Skit” are all annoying wastes of space, and “Off Glass” with Duece Poppito has a repetitive beat and a tiresome chorus. Still, flaws and all, Trina’s debut is more than respectable – it’s admirable. She puts it down for women who take no shorts and ain’t afraid to say it either; nor to go after what they want and get it. That’s right, she’s Da Baddest Bitch!