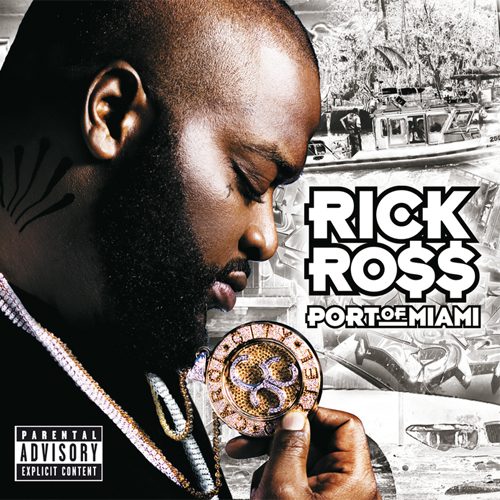 “I’m not a Slim Thug, I’m a fat mack
I don’t give a fuck, I’ll push your hat back
Still sellin doves nigga, that’s fact
You can hit me on the cell pimp, that’s that
I had to palm my chain to grab a half ounce
Ten years later, time for me to cash out
You dealin wit a dope dealin dictator
Fuck traffickin nigga, I get the shit catered”

The Hip-Hop community has been up in arms lately over whether a museum dedicated to the culture and arts built in the Bronx should include gangsta rap artists or material. Sides have been taken, harsh words have been exchanged, and debate about how limited funding should be appropriated and to what end rages on. For what it’s worth my two cents is that excluding gangsta rap is not only foolish logically (do you think they asked Francis Ford Coppola to politely excuse himself from accepting the Academy Award for “The Godfather Part II” – of course not) but it’s a dangerous form of revisionist history. So we’re supposed to pretend KRS-One never released “Criminal Minded,” that Schoolly D was never a Park Side Killer, and that Ice-T never got woken up at “6 in the Mornin'” by the cops? Ridiculous. What made these artists relevant then and now is that they were speaking the truth as they saw it, exposing a side of life many people would rather have ignored or pretended they didn’t exist. Of course bringing the truth to rap has been around since “The Message,” but gangster rap took it to the next level. Raw honesty made songs like N.W.A.’s “Fuck Tha Police” a wake-up call about how law enforcement abused urban communities. You could object to the language used to describe it, but even those who said it’s just rappers talking shit learned a thing or two from the Rodney King video. The harsh truths of gangsta rap have been and in many ways are still needed even today, and pretending problems don’t exist won’t make them go away.

Rick Ross hails from Miami, a city traditionally known for crime and drug problems due to its strategic location as a port city. With so many tons of legal goods and merchandise flowing in and out of this Southern mecca every day, it’s always possible to slip a few kilos in here and there unnoticed and the pharmaceutical traffickers of the world know it. Once you get the dope in the country, it can spread outward across the U.S. in all directions. “Miami Vice” got at least part of the story right – drug trafficking is both glamorous and dangerous. What it got wrong was that law enforcement can really make a dent in the situation. For many third world countries the drug trade is their single biggest export and source of income, and the very fact so many drugs are illegal is what makes them so profitable. A complex network of buyers, sellers, creators and distributors is totally off the radar making billions of dollars tax free. Here’s the funny part of the whole thing – nobody’s willing to admit that the drug trade is largely fueled by the fact the U.S. is such a wealthy and indolent society that so many people can afford recreational drugs in the first place. If there was no demand nobody would be supplying it. Can Rick Ross really be blamed for wanting to cash in on that demand and get his own piece of the pie? Can anybody who grows up in poverty with little to no opportunities for escape?

“Who the fuck you think you fuckin with, I’m the fuckin boss
Seven forty-five, white on white that’s fuckin Ross
I cut ’em wide, I cut ’em long, I cut ’em fat (What)
I keep ’em comin back (What), we keep ’em comin back
I’m in the distribution, I’m like Atlantic
I got them motherfuckers flyin ‘cross the Atlantic
I know Pablo, Noriega, the real Noriega
He owe me a hundred favors
I ain’t petty nigga, we buy the whole thang
See most of my niggaz really still deal cocaine
My roof back, my money rides
I’m on the pedal, show you what I’m runnin like
When they snatch black I cry for a hundred nights
He got a hundred bodies, servin a hundred lifes

The opening paragraph quoted from “It’s My Time” and the above paragraph quoted from “Hustlin'” have several things in common, including the fact that Rick Ross is unrepentant about his road to the riches and perhaps more interesting the fact that he repeatedly claims to still be dealing in dope. Now obviously we all know that’s not true and Ross himself hints at that fact when he states that it was time to “cash out,” meaning a rap career could for him be just as profitable as dealing in street pharmaceuticals without the risk of incarceration. Then again a lot of rappers do time these days for getting in gunfights over dumb shit. Hopefully Rick Ross put the nina ross away and really is sticking to this gangsta rap shit. Now let’s get real about Ross as an MC – he’s got personality and charisma, a deep booming voice, and he does drop a funny punchline here and there. He’s also got a lot of top shelf producers like Jazze Pha, Cool & Dre and up-and-comers like The Runners doing his beats. Include the fact that he’s got a slew of big name guest stars like Mario Winans on “Get Away” and Lil Wayne on “I’m a G” among others and this album should be a runaway success.

At times though I can see where the people who would rather not have gangsta rap represented in a hip-hop museum are coming from. Yes I agree that it’s a dangerous and foolish precedent, but sometimes the music is both dangerous and foolish of its own accord. One of the things that seperated artists like Kool G. Rap, Ice Cube and Scarface apart from lesser peers who were also called “gangsta rap artists” is that their lyrics showed a depth and complexity Rick Ross doesn’t. Many of the scenarious they painted had negative consequences for the protagonist of the song – death, incarceration, loss of loved ones, and so forth. Some songs boasted about the glamour of the lifestyle, while others portrayed the negative consequences. Many would lament about wanting to escape the negativity. Often political themes were put into the mix, both in terms of the social environment that caused people to seek out a gangsta life and in pointing a direct finger AT the politicians who act like fat cats in Washington while doing nothing to benefit their own poor constituents. Now THAT’S real. Rick Ross like so many of his peers today seems to have no agenda beyond his own selfish accumulation of wealth; and rap music which states that the ends justifies the means can send the wrong message to people who already feel disenfranchised economically, politically and socially. Still “Port of Miami” is the truth from Rick Ross’ point of view. It’s not a positive message – he admits it with songs about cooking, cutting, and selling dope time and time again. For a mature audience though who understands that life itself is a balance of positive and negative there’s still something redeeming in the words of this album beyond the beats and rhymes. Blaming Ross for society’s ills is like blaming the messanger for giving you the message. Ignoring gangsta rap and pretending it doesn’t exist would be as foolish as ingoring that despite the unrepentant negativity of his album, Rick Ross is a pretty good rapper with some good beats. Is he an Academy Award winner? Well he’s no Scarface, but maybe in a few years he’ll get there.