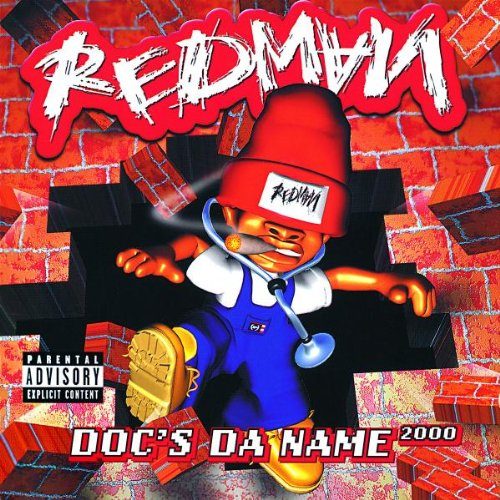 Redman’s fourth solo offering is (so far) the only one of his albums to go platinum. Unfortunately, it is not his best work. Not to say that this isn’t a good album, it’s just that “Whut?”, “Darkside” and “Muddy Waters” were much better albums. One interesting thing about this album is Redman’s ability to successfully experiment with different sounds, beats and rhymes as he does on the track “Beet Drop”. Even though this joint is only 1 minute and 11 seconds long, it’s one of the dopest tracks on the 19-cut album.

Redman also experiences on the song “I Got a Seecret”, which sounds like a mix of abstract jazz and a phone-line modem, but not as succesfully. And then, there’s “Da Goodness”. This is EASILY the best track Redman has ever made (except maybe “How High” with Meth.) The beat (produced by Redman) is real dope and I don’t know what the hell they used to make those sounds. But then again, who cares? Although Bus-a-Bus appears at the end, he doesn’t come CLOSE to touching Redman’s ill lyrics. Check it:

“Yo, bless the steel, step out dressed to kill
Spark the L, “Whattup Doc?” What the deal?
Clock the squeal, the MC overkill
Certified cylinders 35 mil’
Jumpin out planes, Doc’s Da Name
Cock the flame, back to delete the pain
Hater, IKSRFO, don’t Piscapo
Hit the safe for cake, shoulda switched to coal
Nigga, sneak a pound through custom drug hounds
Bound to rob your neighborhood Walbaums
Me and my man jumpin out Sedans
Tappin your jaw, like Sugar Ray did Duran”

Ooooo-Weeee!!! Redman definately has some dope tracks on this album. Such as the Rockwilder-produced “I’ll Bee Dat!”, “Let the Monkey Out” or “Down South Funk” featuring Def Squad members Erick Sermon and Keith Murray. Even the skits are pretty funny, which is really rare for hip-hop albums. The album only gets tiring when Redman and Erick Sermon (the producer of most of the tracks) start to coast. For example “I Don’t Kare”, “Keep On ’99” and the Biz Markie duet “My Zone” could have been left off the album. Also, the track “Well All Rite Cha” with Method Man is average at best and the “Soopaman Lova” episode is the worst of all four he’s made.

But overall, this is a pretty successful album. Redman’s remake of Ice Cube’s “Once Upon a Time in the Projects”, “Jersey Yo!” is dope, so is the “Boodah Break”. Red even sounds good on the somewhat sad-sound acoustic guitar beat for “Da Da Dahhh” even though he starts of the song with “Yo, I gotta back ache, stomach ache, diahrea, vomiting…” Redman has proven again and again that he can make great hip-hop albums by using the funk technique and updating his style just a bit for each album. What’s dissapointing, however, is the fact that this is a great album that could have been even better.