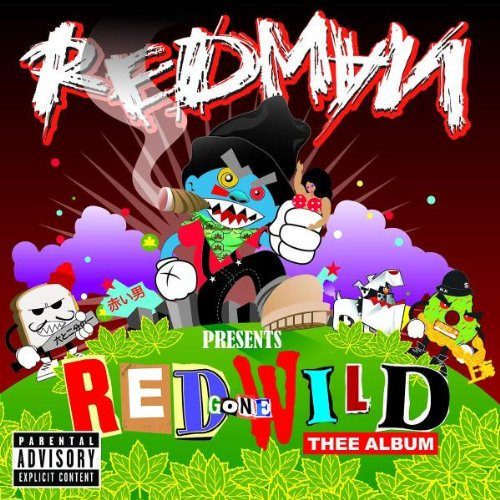 Redman is back! Three words, but if you’re a fan of Redman’s, it’s all you need to know. It’s been six years since “Malpractice,” and hip hop fans have missed his rowdy, boastful, and downright goofy style dearly. And after six years, Redman wastes no time attacking the mic. From the first song, “Fire,” “Red Gone Wild” hardly sounds like his sixth album; Redman has more intensity than most debut albums, and by the time he gets to the second track, “Back Inda Buildin” it’s clear he’s for real.

“When I spit my rhymes, they gonna get you
To bump the music to break your neck to
You want the hard shit, nigga?
Let me connect youâ€¦
It’s 1-800-yo-Gilla, feel me flow
I open doors for newcomers
I showed you how to rock the mic, pull your pants up and do something
[â€¦]
I feel that hip hop’s gone
My pen catch attitudes, it cry in a song
I laugh ’cause I’m a vet, and still get the guap as strong as any nigga
I ain’t alarmed
Yes y’all
It’s the Doc, I’m back on my business
But just for, real niggas and my bitches
I got my hands on my steering wheel and stick shift
Drivin’ by, nigga, pissin on your picnic”

As is apparent above, Redman retains the supreme confidence of a 15 year veteran, and therein lies the paradox that makes Redman a force to be reckoned with. Redman has both the underground and mainstream appeal he’s always had, and while he recognizes how great of a career he’s had, he’s got enough youthful energy to make you laugh when he rubs it in your face. Essentially, Redman is the same as he’s always been; a witty lyricist with flawless delivery, who is overflowing with charisma.

If there’s a great flaw to this album, it’s just that; Redman is the same as he’s always been. His chaotic raps are always a joy to listen too, but they haven’t changed much since 1992’s “Whut? Thee Album.” Couple that with a 74 minute running time, and “Red Gone Wild” can wear on the listener around the tenth track. While Redman is still a great rapper, he’s no longer as cutting edge or innovative as he used to be.

That said, the highs and lows of “Red Gone Wild” usually coincide with those of its production. Lead single “Put it Down,” with an assist from Timbaland, is one of the better songs of Redman’s career, a radio-ready banger that doesn’t sacrifice any of Redman’s considerable talent or credibility. Similarly, on songs like “Freestyle Freestyle” (Scott Storch) or “How U Like Dat,” Redman is as good as he’s ever been. The last song of the album, “Suicide,” sees Red at his most vicious:

“Ain’t gotta ask ya’ll, “Who am I?”
I walk in the street, my middle finger in the sky
And ever since a young boy, I had the hunger in my eye
So when you cut the check, if you don’t give me mine
It’s aâ€¦ (Suicide, it’s a suicide)
[â€¦]
Understand that Gilla House back in the building, YES!
If you can’t get a job, I feel your STRESS
And you can smell the â€“Funk- when I â€“Master Flex-
It’s underground nigga, Protect Ya Neck
Yeah, Bricks is Chillin, Staton, Chillin!
What can we say? FUCK YOUR FEELINGS
Big girls like, “Redman’s the shit”
I had dreams of fuckin me a fat chick”

On the other hand, when he’s rapping over weaker production, Redman just treads water. They don’t come too often, but when they do, they hurt the album as a whole. Red never sounds more tired than over the awkward Pete Rock production, “Gimmie One.” And for some reason, these weaker beats usually have guests on them. Very few rappers can stay with Redman on a track, and so the results here are hit and miss. Suprisingly, the weakest guest spots come from his familiar partners in crime, Erick Sermon and Method Man, and the biggest names on the CD, Snoop Dogg and Nate Dogg. The unknown names on the record, Gov Mattic and Icad, among others, sound best next to him.

Redman sounds every bit as strong in 2007 as he ever has. Unfortunately, he doesn’t expand his range at all here. “Red Gone Wild” is easy to recommend to fans of his, or fans of hip hop in general, because it’s a great album. But if you’re only a casual fan of Redman, who picked up one of his previous albums, and didn’t see a reason to buy another one, there’s nothing here for you. For better or worse, Redman is sticking to the same pattern here. Fortunately for him and us, the precedent set by Redman is one of the better standards in hip hop.