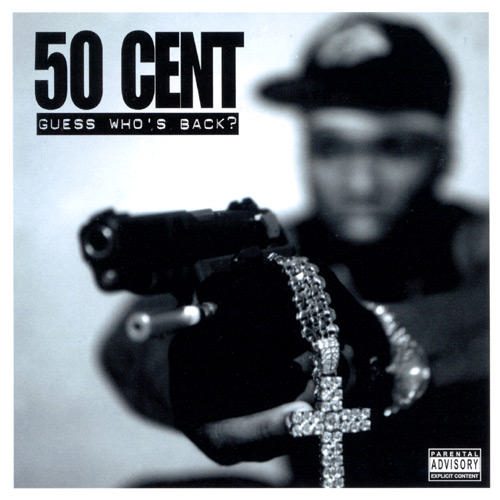 50 Cent is nothing if not controversial. Ever since his single “How to Rob” was first released in 1999, the artist has been on a lot of shitlists for it’s comedic content advising the best way to take loot from other rappers. Rappers from M.O.P. to Sticky Fingaz have been advocates of armed robbery over the years, but some obviously felt that namechecking actual entertainers who could lose jewels was taking it too far:

“I’d follow Fox in the drop for four blocks
Plottin to juice her for that rock Kurupt copped
What Jigga just sold like 4 mill? He got somethin to live for
Don’t want no nigga puttin four thru that Bentley Coupe door
I’ll man handle Mariah like “Bitch get on the ground”
You ain’t with Tommy no more who gonna protect you now?
I been schemin on Tone and Poke since they found me
Steve know not to wear that platinum shit around me
I’m a klepto nah for real son I’m sick
I’m bout to stick Slick Rick for all that old school shit
Right now I’m bent and when I get like this I don’t think
About to make Stevie J take off that tight ass mink
I’ll rob Pun without a gun snatch his piece then run
This nigga weigh 400 pounds, how he gon catch me son?”

Unfortunately, the drama that 50 Cent created with this song caught up to him in May of 2000 when he was shot multiple times, including one bullet directly to the jaw. While the rumor bill buzzed with talk that this was a message to “keep his big mouth shut,” the gunman obviously couldn’t have been aware that Columbia Records had already planned to shelve 50’s debut “Power of the Dollar” due to heavy bootlegging – a move that silenced him more effectively than his attacker did. In fact, being shot and dropped from his label at almost the same time did little to shut 50’s trap. In some ways, it almost had the opposite effect. 50’s name soon became synonymous with New York’s hottest mixtape DJ’s, who were each eager to capitalize on his infamy and street credibility – cred that ironically was only increased by his shooting.

After successfully resurrecting his name in New York’s influential underground, a bidding war erupted for 50’s next duet with a major label. Eminem reportedly won the bidding and signed him to Shady/Aftermath, but in the meantime 50 has released “Guess Who’s Back?” on Full Clip Records to capitalize on the buzz his name has in the streets. The CD looks like your average rapper’s new album at first glance, but when unwrapped it reveals a one-sheet insert that contains no liner notes or credits for production. Closer inspection of the inlay under the clear plastic tray reveals the words “Underground Classics & Freestyles.” What this means is that various tracks 50 recorded over the years, including songs from “Power of the Dollar,” appear on this album. One of these songs is the braggadocious romp “Life’s on the Line”:

“These cats always escape reality when they rhyme
That’s why they write about bricks and only dealt with dimes
Leave it to them, and they say they got a fast car
NASCAR, truck wit a crash bar
And TV’s in the dash, pah
See ’em in the 5 with stock rims, I just laugh, pah
I catch stunts when I ain’t tryin, I ain’t lyin
I sit Dom P til I spit up, keep my wrists lit up
Get outta line, I get you hit up [Wooo!]
Now if you say my name in your rhyme, you betta watch what you say
You get carried away, you can get shot and carried away
Now here’s a list of MC’s that can kill you in eight bars:
50, umm.. Jay-Z and Nas”

This is pure hotness. Trackmasters probably handled this one (as they did a lot of work on his scrapped album) but I can’t tell you for sure since there’s no info. What I can tell you is about 50’s flow: it’s a little bit like mixing the vocals and slow flows Parrish Smith with Prodigy, and then throwing in the wit of Slick Rick and the silky delivery of the GZA. 50 is obviously a consummate professional when it comes to his raps, because he never gasps for air or drops off the beat. These talents alone would win him a deal with any label, but it’s that edginess to the way he talks trash that makes him a match for Slim Shady. Just peep these bars from “Get Out the Club”:

“I hate when bitches act like they too good for a nigga (yea)
Like they ain’t grow up in the same hood with a nigga
In the club givin niggas the wrong numbers and wrong names
Bitch why don’t you take ya ass home and quit playin games
They on that pretty shit (what) that high saditty shit (yea)
They want me to trick, I ain’t P. Diddy BITCH (woo!)
I’m gon’ show ’em now, I’m gon’ show ’em how (show ’em how)
How we break it down, this is how it’s goin down
Them bitches think pussy precious, them niggaz they wanna test us
Got beef so we be wearin vest-es, look I don’t give a fuck nigga!”

That “I don’t give a fuck” attitude can be found throughout the album, on hilarious tracks like “Be a Gentleman” which parodies a popular Christmas carol. 50 is nothing if not relentless, because when he puts pen to paper the results come out with a vengeance. Peep the superbly hardcore and simply titled “Fuck You,” wwhich scratches in samples from Styles, Big Pun and Nas over a beat that sounds like a DJ Premier underground classic:

“I been goin through static, shot at with automatics
Since 90, when Nas came out with “Illmatic”
If Suge was home, Death Row would be good for me
Cause Tommy Mattola ain’t shootin out in the hood wit me
I’ve been shot 9 times my nigga, that’s why I walk funny
Hit in the jaw once, that’s why I talk funny
With a Ruger on my hip, I walk the street with no cares
Thinkin my grandma’s prayers the only reason I’m here
My wrist icy, keep my ears icy
Keep my neck icy, that’s why your bitch like me
Son I’m a heavyweight, how dare these niggaz take me lightly?
I ain’t come to make friends and niggaz ain’t got ta like me
My own homie sayin – 50, you done lost yo’ mind
Cause I shootout in broad day, run and toss my nine
[…]
You can’t find a nigga in the hood that say 50 ain’t hot
When I drop, I’ma sell like Eminem or Kid Rock
Play the block, with the watch all rocked the fuck up
Jukes me, a week later you’ll be shot the fuck up”

If that wasn’t enough, you’ll find certified bangers like the aptly named “Too Hot” featuring Nas and Nature, or the New York to Down South collaboration “As the World Turns” featuring U.G.K. The album is closed out with three freestyles from Whoo Kid, Stretch Armstrong and Doo Wop sessions, but these are just a taste for what 50 has to offer – or as his work with rap crew G-Unit making the rounds right now proclaims, “50 Cent is the Future.” “Guess Who’s Back?” may have been released on a shoestring budget on an unheard of record label, but it just goes to show why 50 Cent’s name has been buzzing on the lips of so many industry insiders and jealous rappers for the last four years. When he finally comes out on Shady Records (and hopefully with some Dr. Dre beats) watch for the aftershocks.