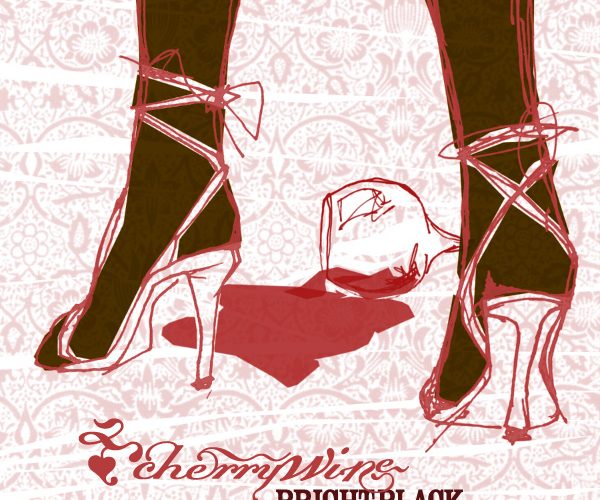 Once upon a time, there were Planets. The Planets revolved around the nexus of Hip-Hop’s solar system, but reflected just as much light from Hip-Hop as it received from it. For a time, the Planets of Butterfly, Ladybug, and Doodlebug shone so brightly they appeared to be stars in their own right. Sadly the bright stars faded and eventually vanished. Some thought Hip-Hop’s gravitational pull had swallowed them whole, while others believed their orbit was never in sync with Hip-Hop to begin with and that they careened off wildly to other galaxies unknown.

Long after these Planets disbanded, it was discovered that one third of the triumverate had survived the break up. Those who followed Hip-Hop eventually realized which one it was – the Planet formerly known as Butterfly. But since it was no longer orbiting hip-hop with the other Planets, the name wasn’t appropriate any more. Soon the Planet was christened with a new name, and that name was Cherrywine. And the people rejoiced, ye verily.

“Bright Black” has an organic feel. Organic, as in the natural growth of something from the ground up; which the observant reader should also read as a multiple entendre for The Roots. Cherrywine and The Roots are certainly kindred spirits travelling in a similar direction, although they manifest it in different ways. Bathed in the same light of Hip-Hop, one grew towards a natural jazz that’s unified by hard drum beats and the expression of profound lyrical and musical concepts. The other, Cherrywine that is, relies more on guitar than drums; relies more on an ambient mood created by the words than profound concepts built from them.

When listening to “Bright Black” in a traditional hip-hop frame of mind, some listeners might be dissapointed by Butler’s non-dominance in the mix, especially given he was once the most recognizable of the Planets. When looked at in the context of the whole though, his role is to hold together the moons in his orbit that might fling wildly into the solar system themselves without him. His laid back laconic delivery on the throbbing and pulsing “Girlcrazy” does just that:

“Everywhere I go I look I can’t escape
Aowww, another fresh shape, to fall in love with and make a tape
Sheeit, I watch it a few times, and I always press rewind
And then I tell ’em bye, sheeeit
Somethin to look at – they say you must be mad
Nah baby, I’m just girlcrazy”

If there’s a downside for Cherrywine, it’s that the guitar heavy and sometimes verbally light mix of the group doesn’t lend itself to a traditional top 40 urban mix. Or that’s it’s strength. Either way, Cherrywine can’t count on selling “Bright Black” on the basis of radio play or even video play, unless for some strange reason MTV takes a chance and annoints this group the next big thing and put “What I’m Talking” or that single’s b-side “Dazzlement” into rotation. Don’t hold your breath. Songs like “Sleep Pretty Girl” and “American Drip” cultivate an aspect that put lightly could be called “tripped out.” Although the former does it at a slow crawl while the latter does so at high octane, the result is still the same. You won’t hear traditional hip-hop elements like a DJ scratching breaks, samples of funk classics, and famous rap quotes sprinkled throughout. What you will hear is musical and often poignantly lyrical honesty though, on songs like “Anchorman Blues”:

“Bright Black” is far from a lie, but it may still mystify people who thought that Cherrywine would be a revival of the Planets that once orbited Hip-Hop. If you drop your expectations about that bygone era though, it’s clear that Cherrywine’s “Bright Black” brings a new aesthetic to the Hip-Hop diaspora. By mixing a combination of guitar heavy melodies with lyrics that guide songs as opposed to driving them, Cherrywine lives up to it’s name with a pleasant sound you’d like to take a drink of again and again – it’s refreshingly different. For a break from punchlines, metaphors, bling bling and hardcore, look up to the night and see Cherrywine in a whole new light; and drink thusly from their bountiful cup.