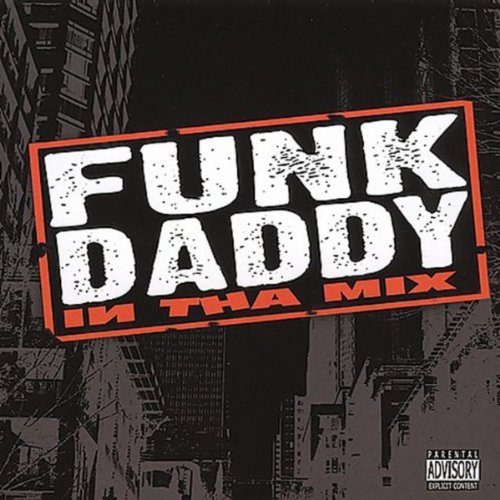 Regardless of whether you have heard of him, Funk Daddy has been around the block many times. He’s been putting it down ever since his debut in 1991, which means that without name recognition, he’s got to be doing something right. He’s laid tracks in the past for some of the west coast’s elite, including E-40 and Ras Kass, so the people that matter, the artists, recognize his talent potential. He’s made a splash locally as well, as a mainstay in the Seattle hip-hop music scene for over a decade.

“In Tha Mix,” dropping on FD Records, is Funk Daddy’s next endeavor. Aside from album production, he’s involved in many facets of hip-hop, varying from radio DJing to club DJing to mixtapes. Because of his versatility, one might think that a lack of focus could pervade his fourth full-length record. 20 tracks deep, with an expected emphasis on club joints, “In Tha Mix” is pretty much exactly what you’d expect from a career DJ’s album. So the formula is there, but the question is how it will measure up to all of the others floating around out there. The main factors in determining this are Funk Daddy’s work behind the boards and the caliber of emcee he recruits to work with. With a decided lack of big names on this release, he’s pulled together a group of guys that he hopes will bring it home.

Well, “In Tha Mix” certainly has its moments. There are several seriously bumping beats, tweaked nicely for the club. Successes include the Arabian-tinged “Live Without You,” which has a laid back tempo with a nice loop and vocals from Livio and Teanna. “The Rumble” is a horn-heavy anthem that features Livio again, this time putting some distance from the rest of the album’s emcees with a fast-paced flow. These standouts are few and far between, however. Since nearly every song is geared for radio play, there are plenty of misses, and those that miss take away from the effectiveness of the others. What essentially happens on this release is that there is a large collection of club tracks, and each one takes away from any success that the previous ones have had. There is hardly any break from this tedium.

Other than on “The Rumble,” none of the many emcees that appear on “Mix” show any sort of lyrical dexterity. Amongst others, the heavily featured Livio and Mr. Rossi keep squeezing the same subjects of women and thuggery. Occasionally, they’ll say something nice, but never anything particularly quotable. The result of such a plethora of similar styles is not pretty. None of the listed rappers is awful, but they all seem to be sharing ideas. There is no reason to subject a listener to so much bland discourse on the same themes, especially such uninteresting ones. The rhymes hardly ever venture from these tired topics, and this drags the album down. Even a few songs about something else would have helped.

There are far too many mediocre moments for this album to work as a whole. There are highlights, but nothing that is begging to be played. Several of the club-geared songs are exercises in generic song execution, with poppy beats and nondescript boastful rhyming. In addition, none of the beats are wack, exactly, Funk Daddy’s work is just mostly too basic and uninspired to work for an entire LP. The slower songs work, especially “Get ‘Em Boy,” despite a lack of originality. The only reason for this is that they break out of the rut that “In Tha Mix” frequently falls into. Twenty full-length songs on one album is very hard to pull off, and Funk Daddy falls prey to the common plague of having too much ambition.

The problem with this DJ’s fourth album is that there isn’t nearly enough variety. Essentially what you will find here is twenty songs featuring various emcees talking shit, none of whom do it with a particular amount of flair. A few of the beats stand out, but none of the songs have that knockout quality that is needed to avoid monotony. Add to that the fact that almost every song seems to have been crafted with the clubs in mind, and what is left is an extremely overlong album that has good production values and rapping that is the definition of mediocre. Although there’s nothing abrasive or irritating about this record, there’s also nothing intriguing, either. If “In Tha Mix” had been reworked a little and shortened by several tracks, it could have been better. As is, though, it’s just far too excessive.